Upstate New York is a fascinating part of not just the northeast, but the country as a whole. Because of its proximity to New York City, families, couples, friends and singles all have been known to make their summer homes in the region. But cities like Kingston and New Paltz are also home to vibrant communities, including universities, businesses, and – as a result – people who make Upstate New York their home year round. That eclectic mix is great for the area, but it also means that enough restaurants have to exist to appeal to both sets of customers; fortunately, there are options like Sushi Makio, run by a New York City-experienced chef, that offers both relaxed and premium sushi in Kingston, NY.

Sushi Makio is owned and operated by Chef Makio Idesako, a man who is as charming as he is experienced. You won’t have interaction with Chef unless you sit at the sushi bar, so if you’re a small group, I certainly advise that you do. When you’ve chosen Omakase like me and Mrs. Sushi Legend did, the interactions with the chef are part of the show. So when Chef Makio took out a block of Tuna Belly (gradients of Toro) just so I could take a picture (see top right), I knew we had chosen a winner.

Let’s get the important stuff out of the way first: The omakase at Sushi Makio is not strictly sushi. The good news though, is that the sushi menu a la carte seemed extremely reasonable. Most of the families who were seated at the tables ordered that way, and the sushi – to my eyes – looked delicious and beautifully displayed. And all of it – from the sushi bar to the tables – was made by Chef Makio. Be forewarned though, he certainly takes his time. So order a bottle of wine (or grape juice), check twitter, sit back, refresh instagram, and have some patience.

When it comes to food quality though, the delays are worth the wait. Chef Makio not only owns the restaurant and makes the sushi, but he also handles purchasing. As I’ve mentioned in other parts of this site, a chef who handles the purchasing is always a solid sign. In this case, I found it particularly interesting that Makio purchases virtually the whole tuna and cuts it himself, hence the block of chu-toro and o-toro that you see in the top right. Other highlights included the BC salmon nigiri (right) and the chu-toro tartare with quail egg, which chef will give you at the end if you ask nicely (but you didn’t hear it from me). The sashimi salad (bottom right) was high quality, but the heavy doses of vinegar let me down.

Sushi Makio is a non-descript restaurant located in a strip plaza in Kingston. The inside is warm and welcoming, if not a little small, and the tables are adjacent to the sushi bar in what is – for all intents and purposes – one room. While Chef Makio exhibits all the traits of New York City in his preparation, the waiters have none of the Big Apple in what they do – and I mean that entirely as a compliment. The three I encountered were polite, knowledgeable and attentive. My water and tea glasses were hardly ever empty, and my plate was promptly cleared whenever necessary. They have been trained well.

Sushi Makio – and its namesake Chef – are a delight in a city where high-end sushi is few and far between. I haven’t tried the table seating yet, but I have no reason to believe that it’s any different than the awesome experience I had at the bar. 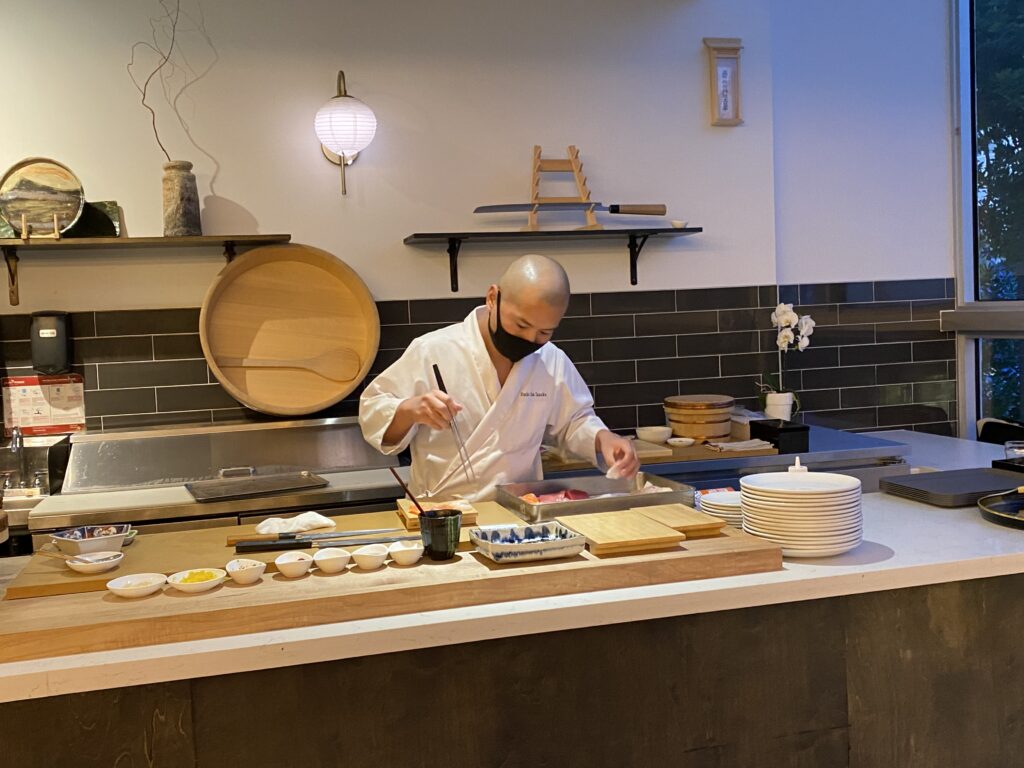 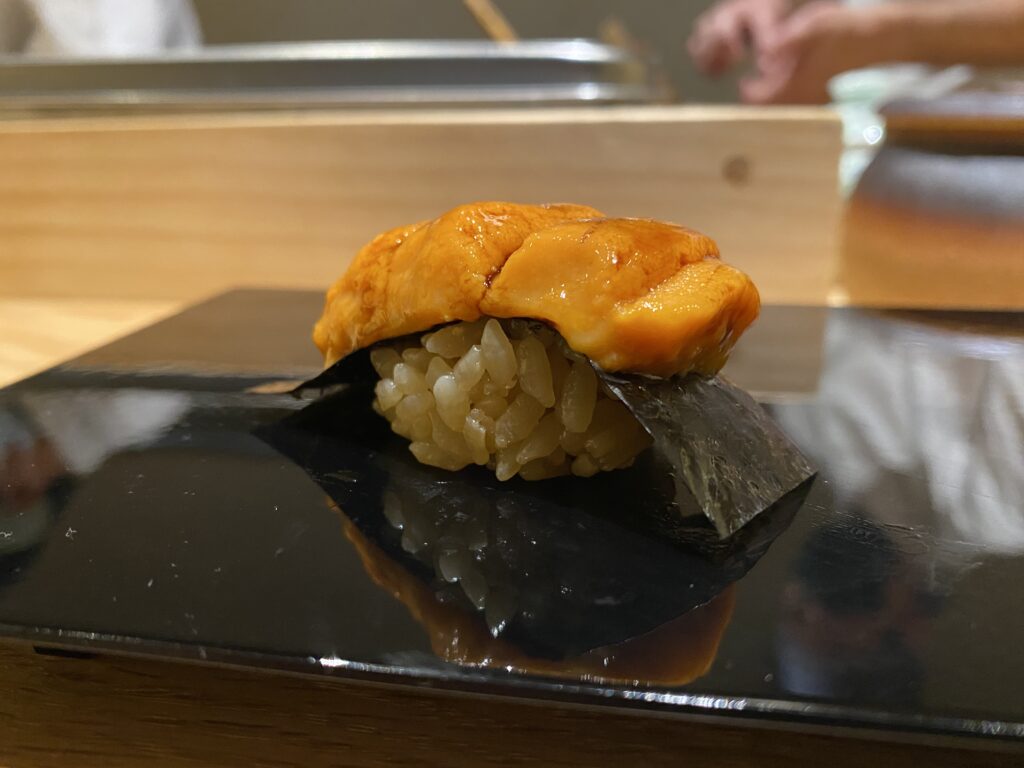