All good things come to those who make the effort

It takes a lot to drag a Manhattanite out to Queens, never mind to one of its many neighborhoods not directly on top of a subway station, never mind to the same spot twice. But two weeks ago, I found myself back in Astoria, home to newly minted Koyo, previously home to an experimental sushiya called Gaijin.  I blogged about Gaijin in 2017, and a quick peruse of that Pulitzer winner reminded me that I, uh, highlighted the location back then too. The owner and backer remains the same, but the similarities between Gaijin and Koyo end there.

That’s because while Gaijin turned the modern/fusion meter up to a 37, Koyo is more restrained, a reflection of the preferences of its new itamae (chef), Darry Liu. Darry is personable, and alongside his sushi, he serves plenty of Stephen A. Smith quality takes. Ask him about his philosophy, and he’ll wax poetically about aging the neta, redefining traditional methods and his special supplier of shari (rice). He’s also not afraid to wander, stopping by our table to say hello during the meal. 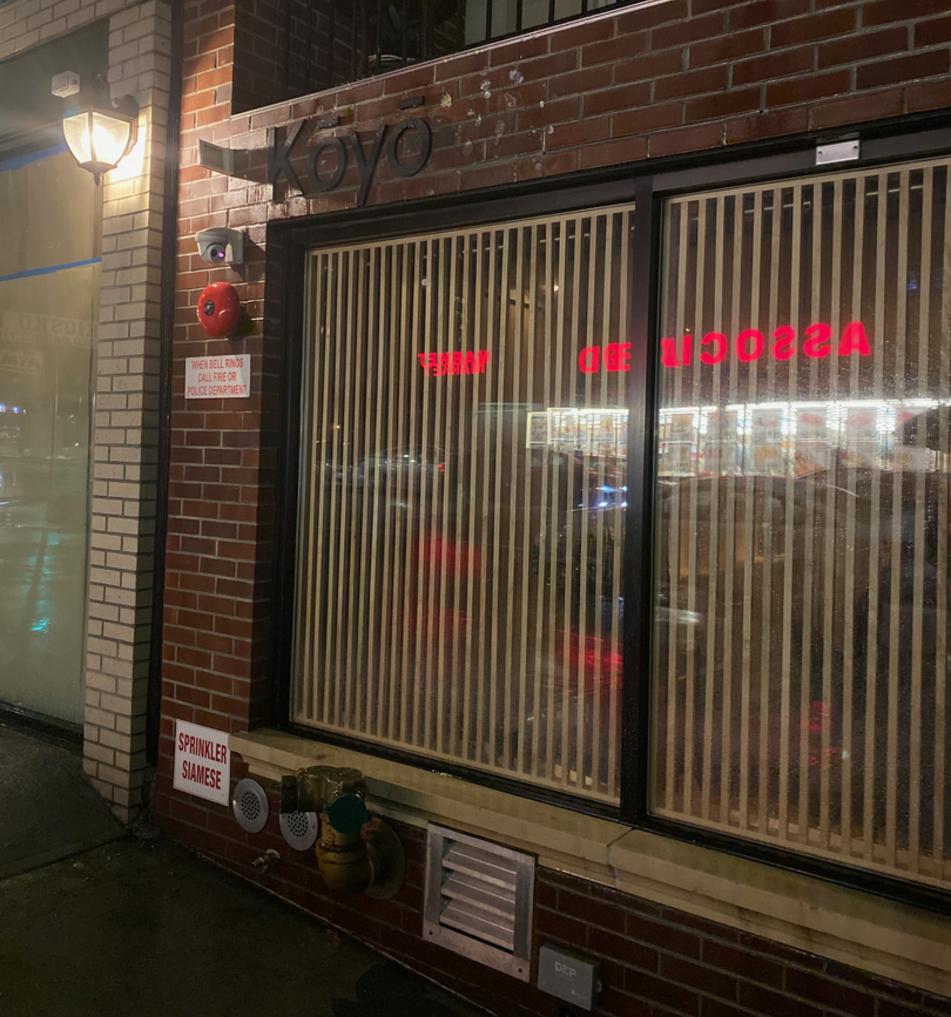 The key word there is “table”. Like many other sushi afficianados/many of you, I vastly prefer to sit at the counter. Part of the reason is entertainment; I view the omakase experience as a show, not just a meal, so watching trained professionals execute their craft and their waza (technique) will always fascinate me, no matter how many times I stare at a blowtorch like it’s the surface of the sun. The other reason is, of course, the taste. Sushi tastes better when it’s eaten right after it’s prepared. The night I went, Koyo was busy; good for them, but bad for me, Mrs. Sushi Legend and all of you who like good quality photos. 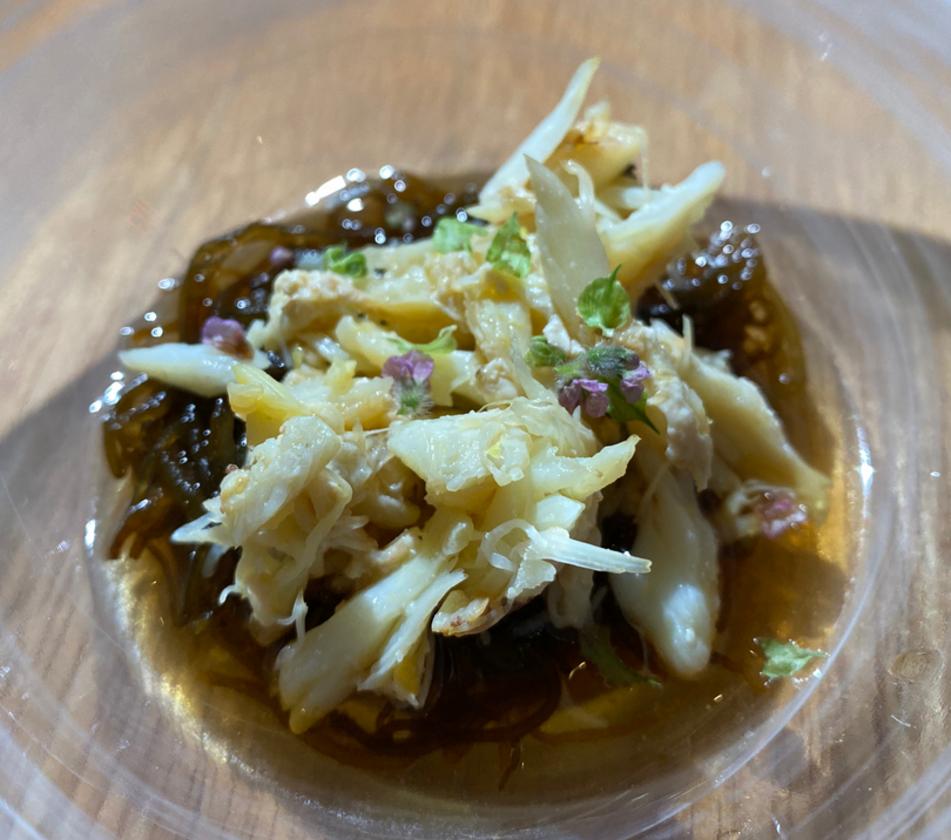 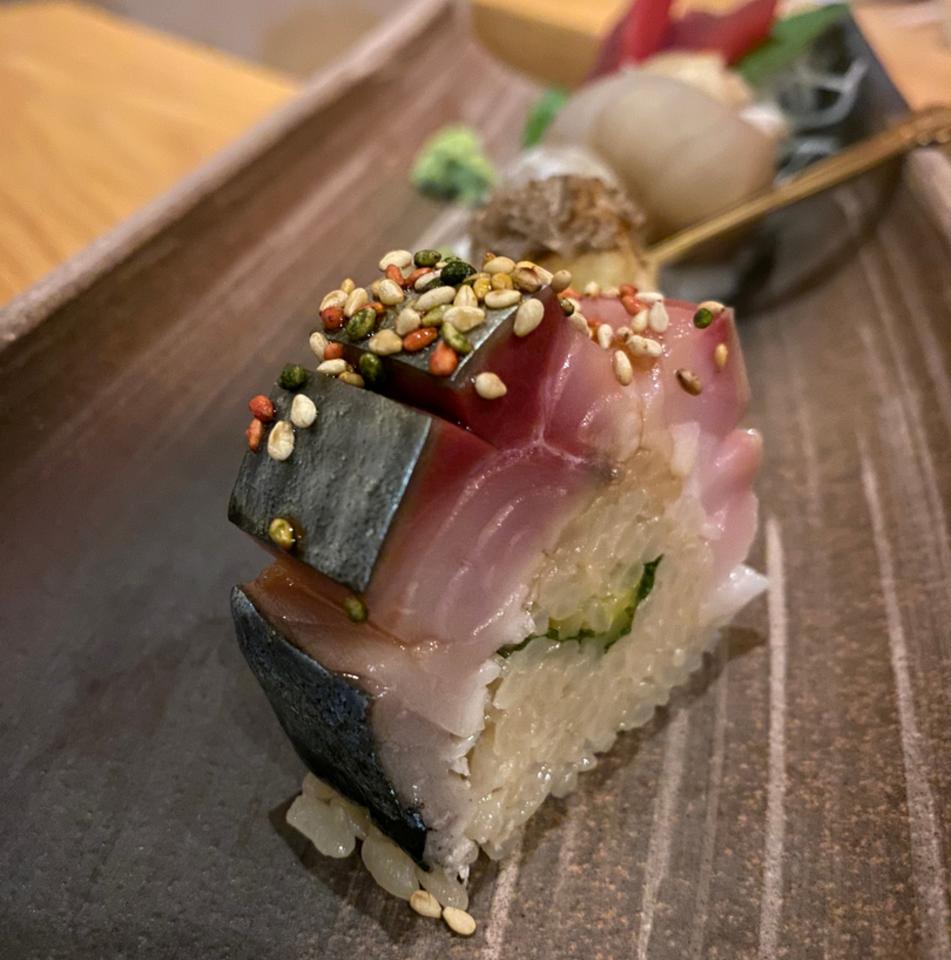 Another view of the Saba Bo Sushi

My date (aka Mrs. Sushi Legend aka the Shoyu Sweetheart aka the date for the other 984 sushiya I’ve visited in my long and not-very-illustrious career) and I ordered the $175 pp “Kaiseki Omakase”. The other menu option is a $135 pp “Sushi Omakase”, featuring more nigiri but less Otsumami-type dishes (small plates typically served with alcohol). The full menu is to the right. A few years ago, $135/$175 would have necessitated cartoon eye-pops. Now? it’s some of the most reasonably priced meals in New York City. 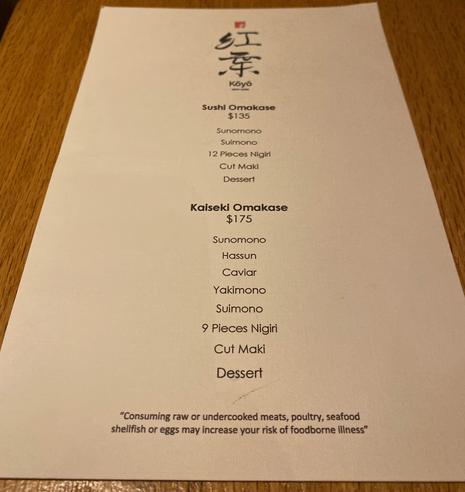 One of my favourite components of the Koyo omakase was the Bo Zushi Saba (mackerel) pictured above. Also referred to as box sushi, I originally figured it was an Oshi Zushi (pressed sushi) hybrid, given the curvature. Saba is the typical tane (topping), served cold in the summer months as a refreshing and filling option. Darry serves his with negi ​(green onion) chopped inside and toasted seeds on top. It’s not the fully oval version that I remembered, but it’s also not a bastardization of tradition. In other words, it’s smart work and is worth a try, even if you’re “not a mackerel person”, a gut punch comment that I hear way too often. Worth mentioning while I have you: if you want to make Bo Zushi (or Oshi Zushi) for yourself, Kimiko Barber’s “Sushi: taste and techniques” ​is a wonderful starting point. 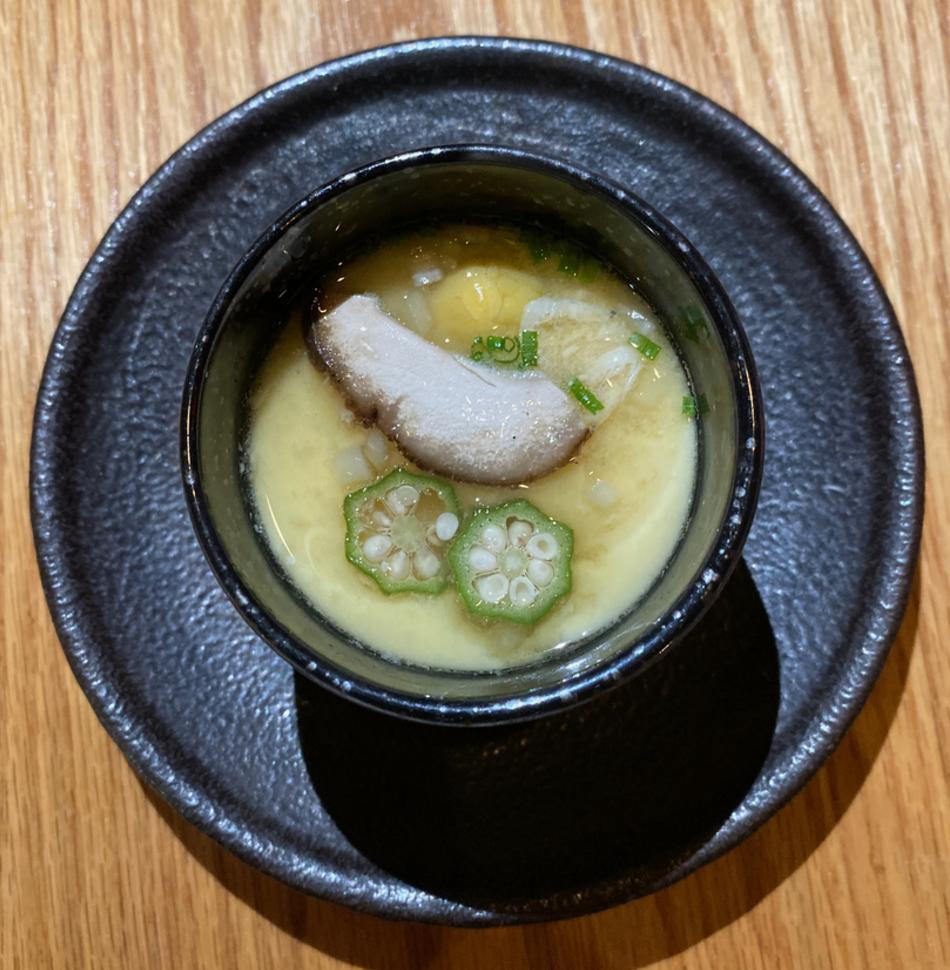 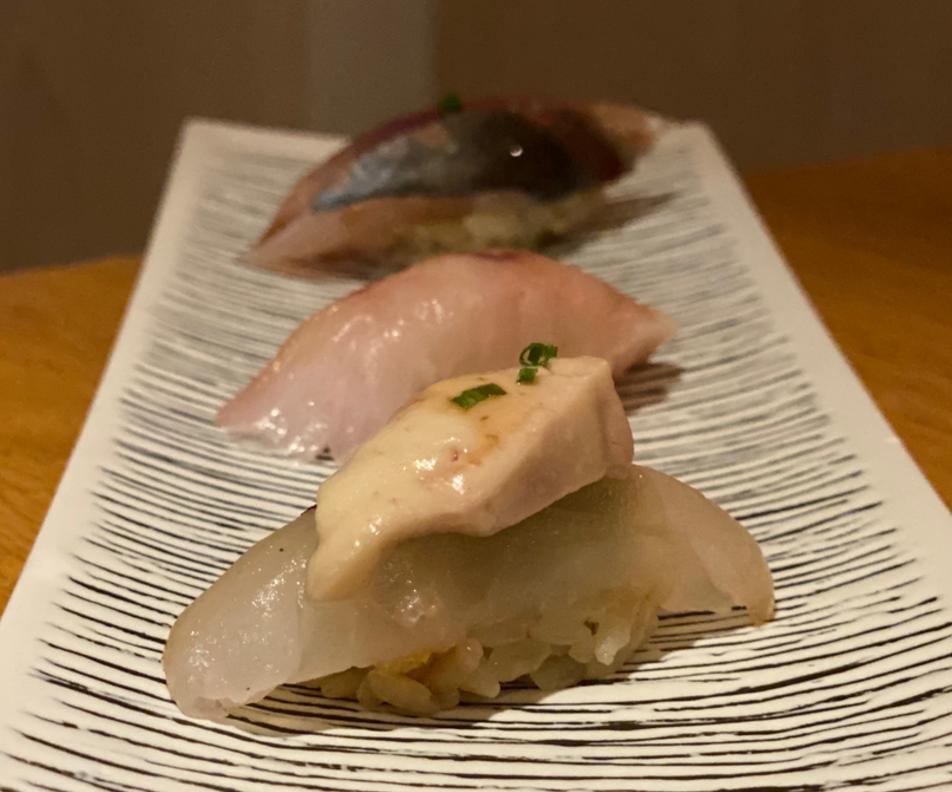 Three courses of three pieces of nigiri sushi follow the mid-meal Chawanmushi, which, by the way, you should give a second to cool to avoid taste bud armageddon. 3 courses of three nigiri is still the menu-listed 9 total pieces (I knew my Forensic accounting work would come in handy), but I’ll always prefer the bespoke service of the sushi counter. We start with Kinmedai (Golden Eye Snapper), Shima Aji (Striped Jack) and Ika (squid) with Uni underneath, a Kosaka-style beauty that stacks the Neta like a Double Big Mac (I promise this existed). That’s precision. ​

Next was the highlight of our meal, a platter featuring Aji (horse mackerel), and two shiromi, Kawahagi (filefish) and Akamatsu (seabass). Unlike the earlier Saba, this Kawahagi is served traditionally, with the white-fleshed fish topped with a generous portion of filefish liver dressed in Ponzu sauce. It didn’t hurt that very early December, the date of our visit, is still Filefish season. 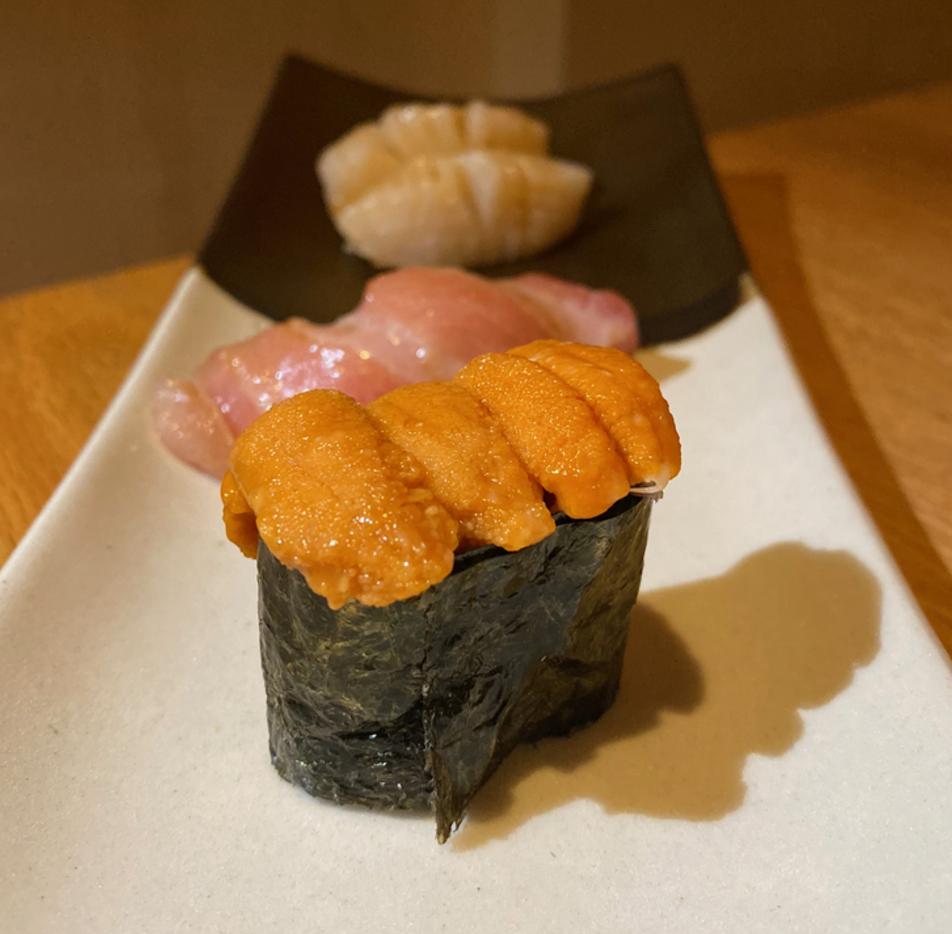 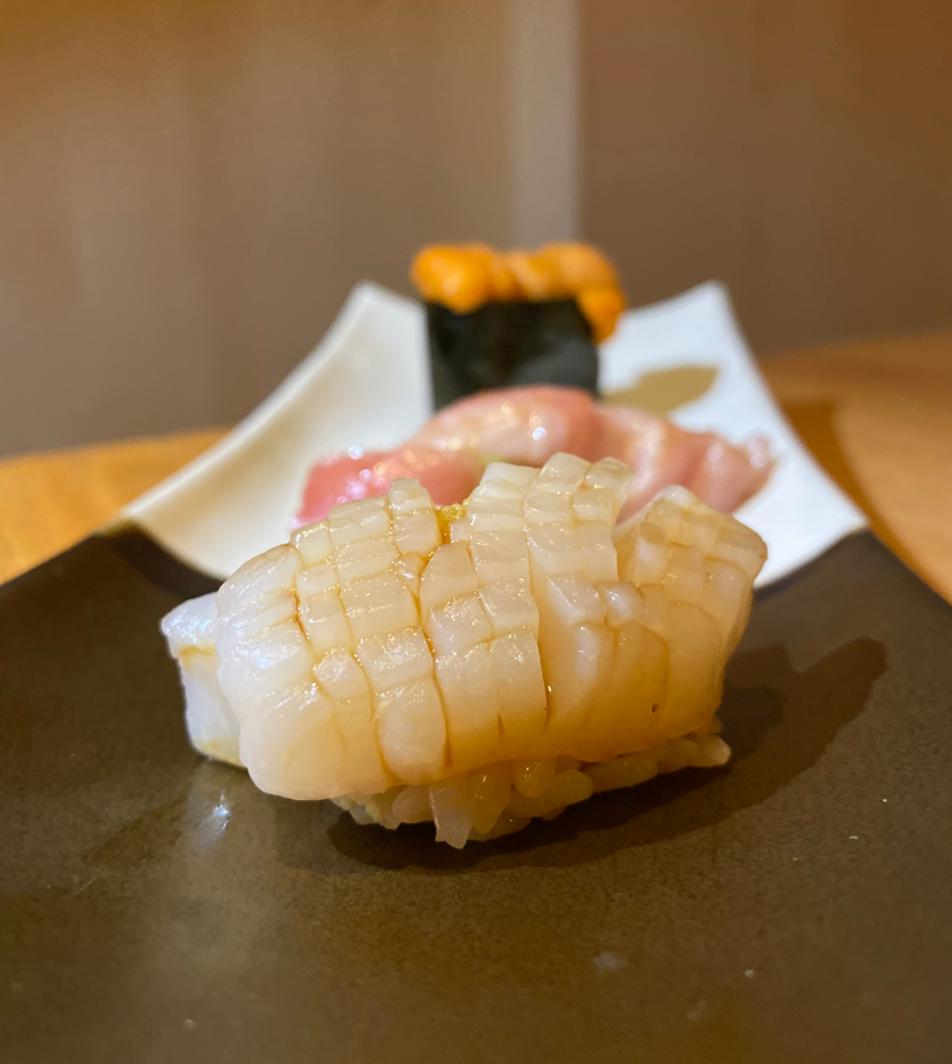 Our last platter is Darry’s greatest hits. Hotate (scallop), cross cut and layered with soy sauce to maximize the normally bland flavour (hate mail to info@thesushilegend.com). Hotate is another example of a tane served in season at ​Koyo, with early December being the typical start. The Uni​, from Hokkaido, was typically briny, creamy but not as sweet as it’s more southern cousins.

Koyo ​is a gem. Led by its effervescent head chef, it walks right up to the edge of over-exuberant fusion and balances there like the dude from Season 2 of The Sinner  (I’m so excited to forget this very timely pop culture reference). As exhibit A, I submit the Uni, Kaluga Caviar and chopped Chu-toro toast at the top of this blog post. It’s there for a certain kind of customer, it (of course) tastes delicious, but it’s not indicative of the Omakase.​ It’s basically straight up fan service, like that mechanical suit in Batman vs Superman or the entirety of Anchorman 2.

As Exhibit B, the Anago. The sea eel. Bathed in Sake (rather than just it’s own sauce), left to marinate, cooked and served, it finishes the meal in a hybrid style that is unique enough to catch your attention, traditional enough to restrict the riots. 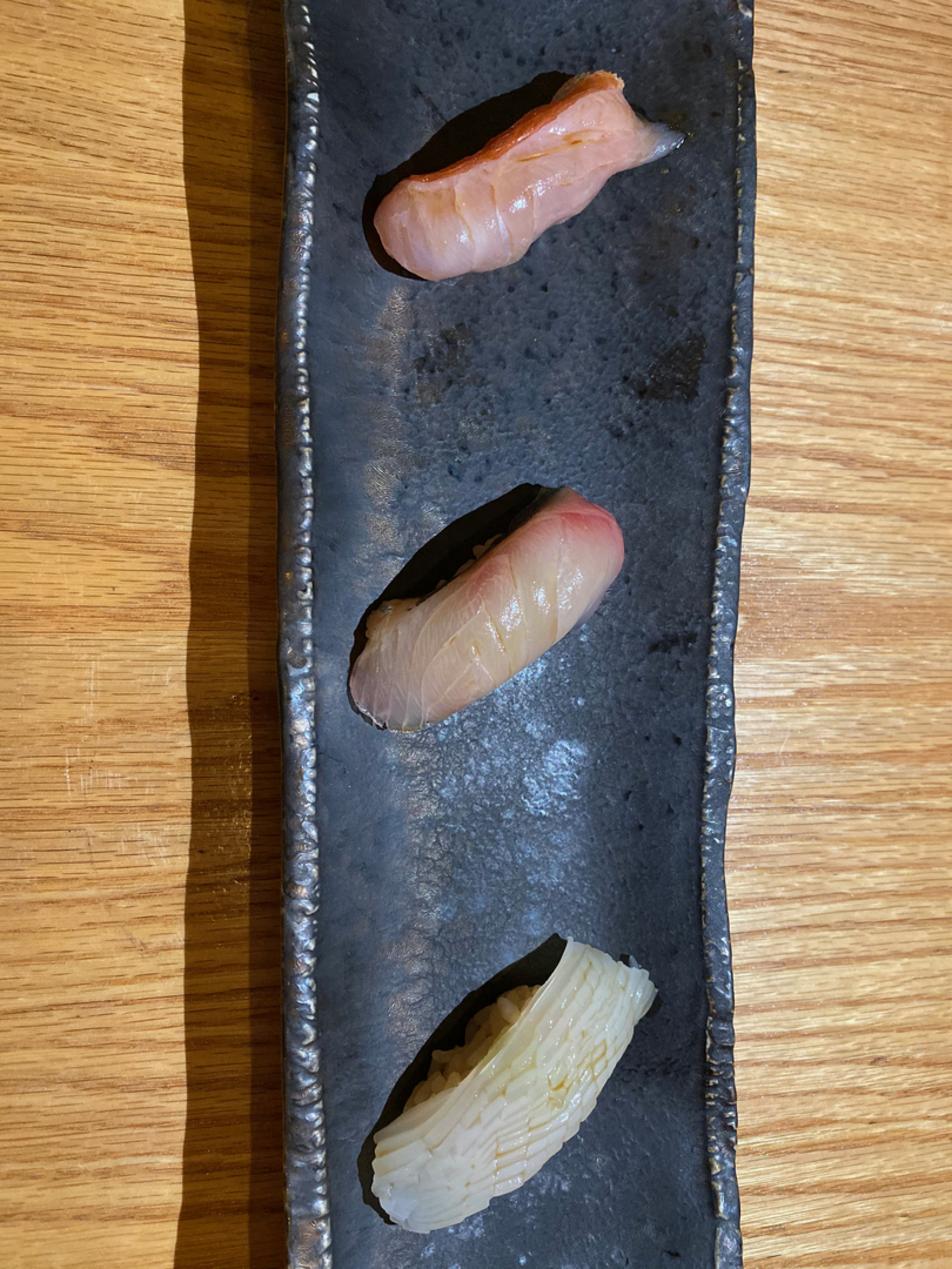 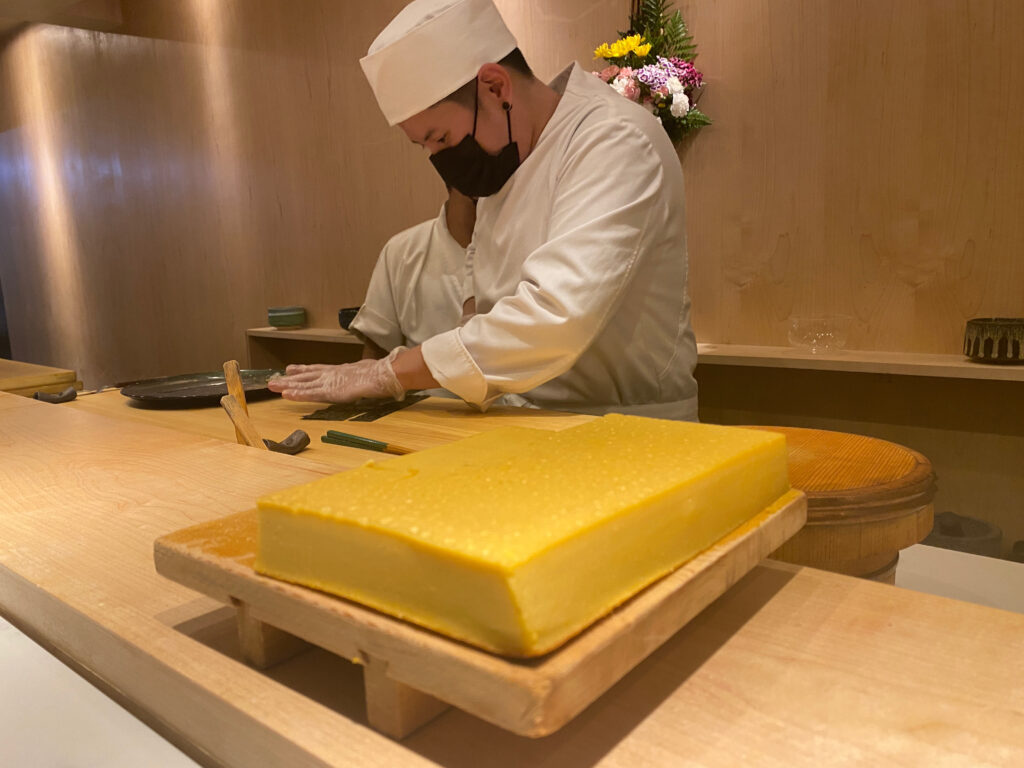