The best sushi neighborhood in NYC gets even better

When people ask what I’ve learned about New York City since moving here 8 years ago, my standard answer is “nothing new”. Summer and winter are still gross. Fall and Spring are fine. The cuisine is still eclectic and eye-opening. Kenan Thompson is still the greatest SNL cast member. Blair and Dan – not Blair and Chuck – are still the quintessential New York couple. Like I said, nothing new.

But that’s not entirely true. I have actually learned one thing, and it’s about the New York City sushi scene. The Upper West Side – not glitzy Soho, hipster Williamsburg or robotic FiDi – is the best neighborhood for sushi. Why? I’m no sociologist/anthropologist/zoologist, but I’m guessing that having thousands of families packed like sardines into hundreds of apartment buildings on basically one city block has an impact in developing a restaurant market. Just a guess. Sushi Kaito, Sushi Yasaka, Sushi Nonaka, Sushi Ishikawa, billion-dollar Masa (“bdm” for short) are some of the options. And now, you can add Takeda Sushi – a family-run sushiya on Amsterdam Ave. – to the list.

Takeda is – as you might expect – run by its namesake, Takeda. Takeda-san is a 25-year veteran of the New York City sushi scene, but this is his first time in the catbird seat. Though there’s another chef next to him to handle the volume from the 8 seat counter, it’s fully clear who the Itamae and captain of the ship is. Takeda sources, cleans, cuts, cooks (in some cases) and serves the meal himself, entireIy based on what’s in season. During our late January visit, that meant Tai (sea bream) from Kagoshima (city on Kyushu) was on the menu as was Amadai (Tilefish) and Kobashira (muscle of surf clam). All have longer seasons, but there’s ebbs and flows to quality. Here, they’re all excellent, particularly the Amadai, served on a bed of rice and finely chopped shiso. Pictures below: 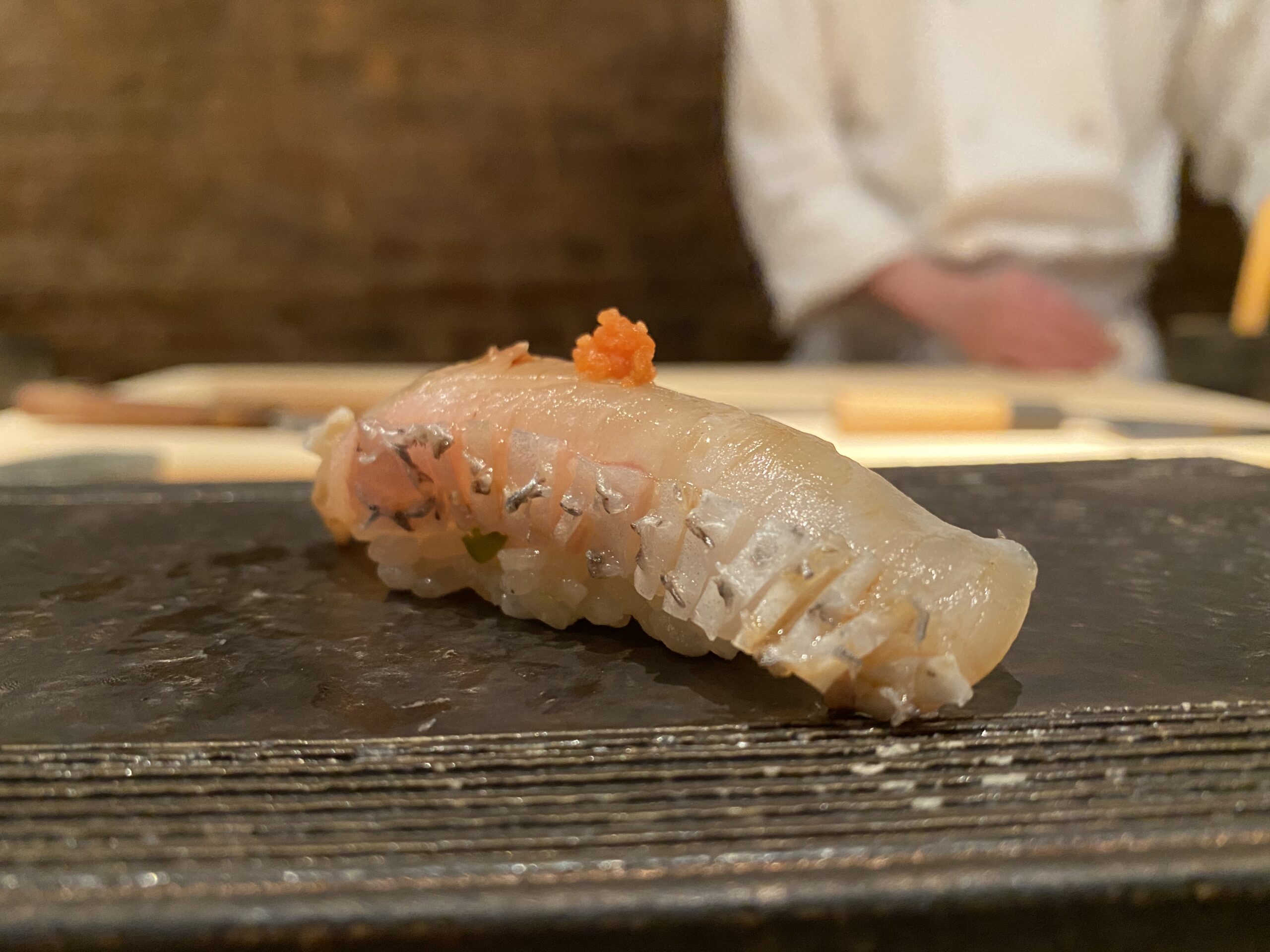 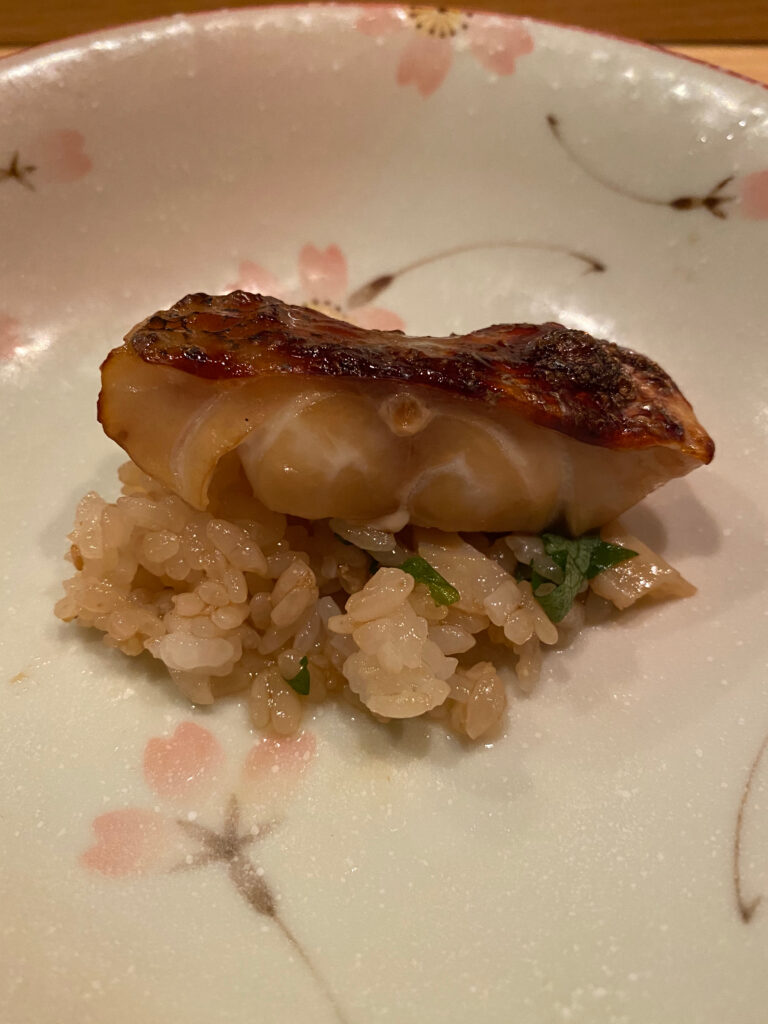 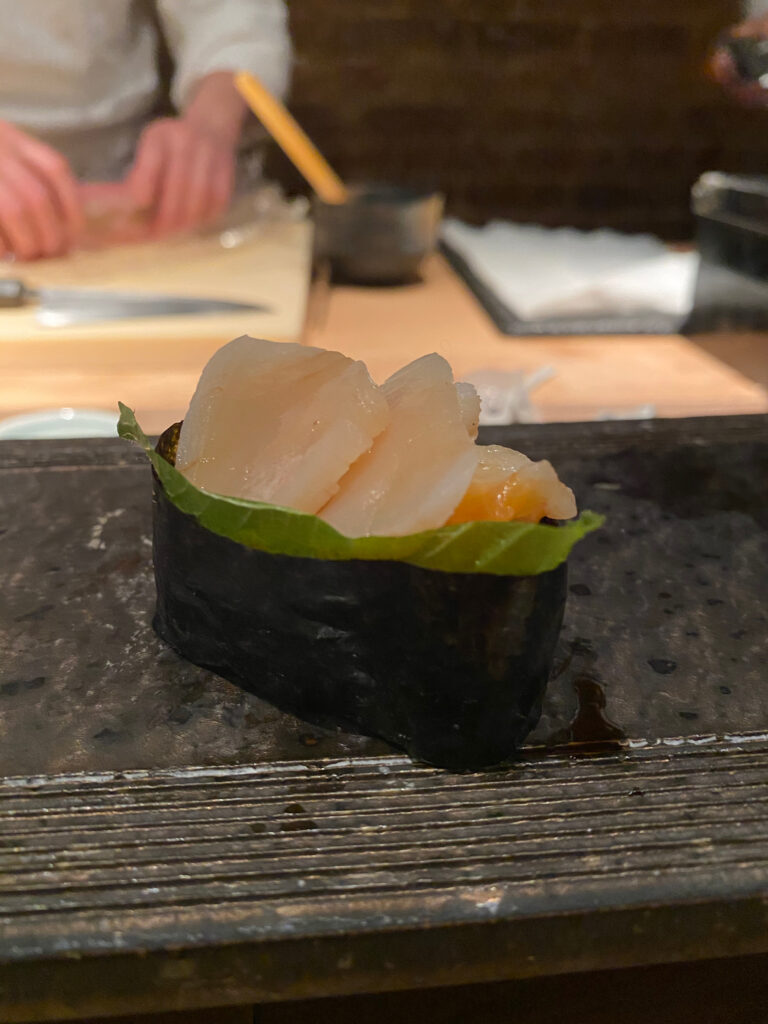 Similar to Uogashi in Midtown and other strong, reasonably priced sushiya options in New York City, Takeda keeps prices down by sourcing directly through connections from Japan. In case you’ve skipped that business 101 class (shoutout business 257), middlemen/women usually have one key impact – inflating prices for the end user. In this case, all three options are reasonable. 11 courses for $85, 14 courses for $105 and 16 courses for $120. All came with Temaki at the end, and are composed of a healthy mix of nigiri, otsumami (small appetizer type dishes) and heartier, cooked dishes. We went with the $120. 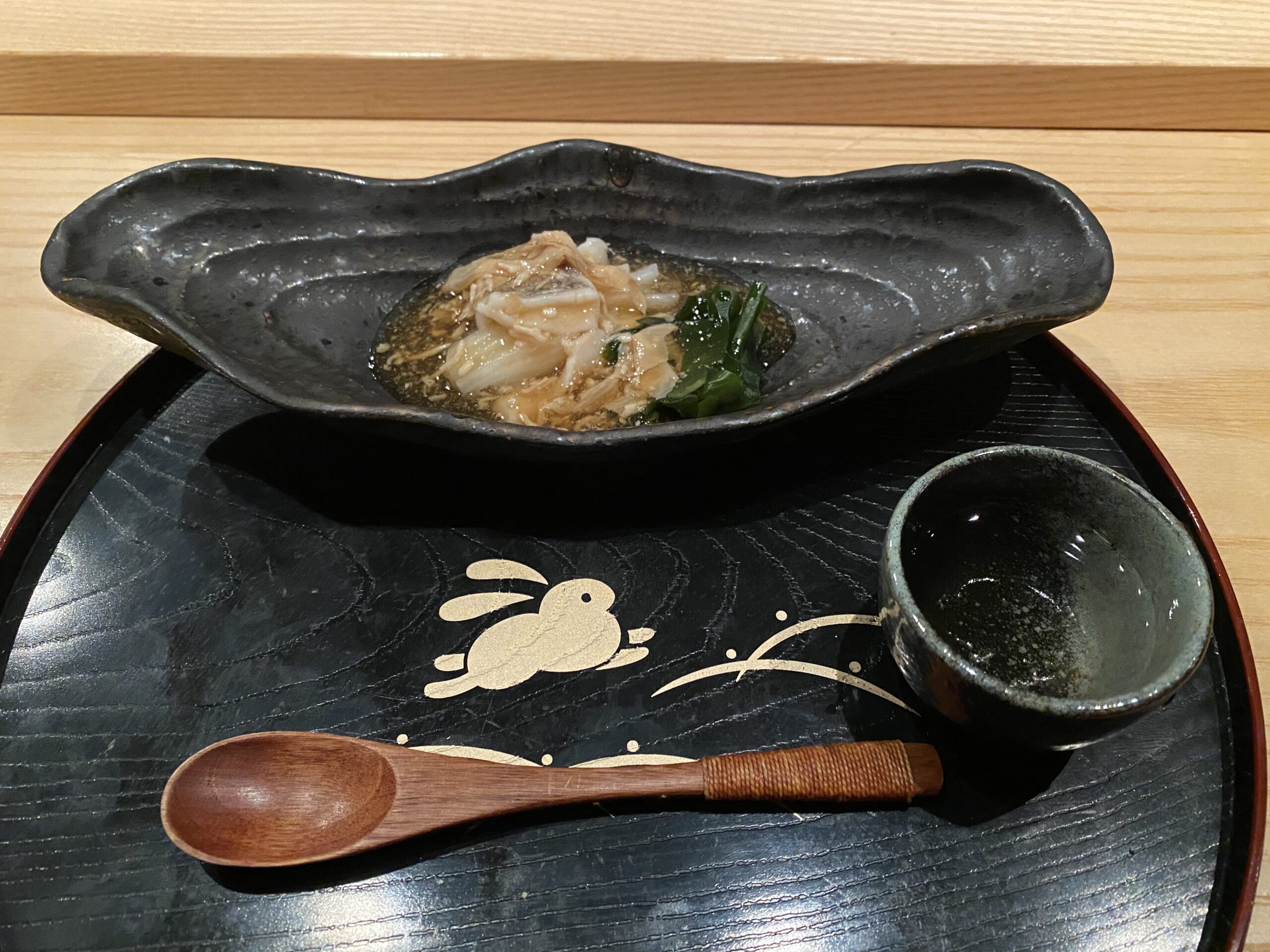 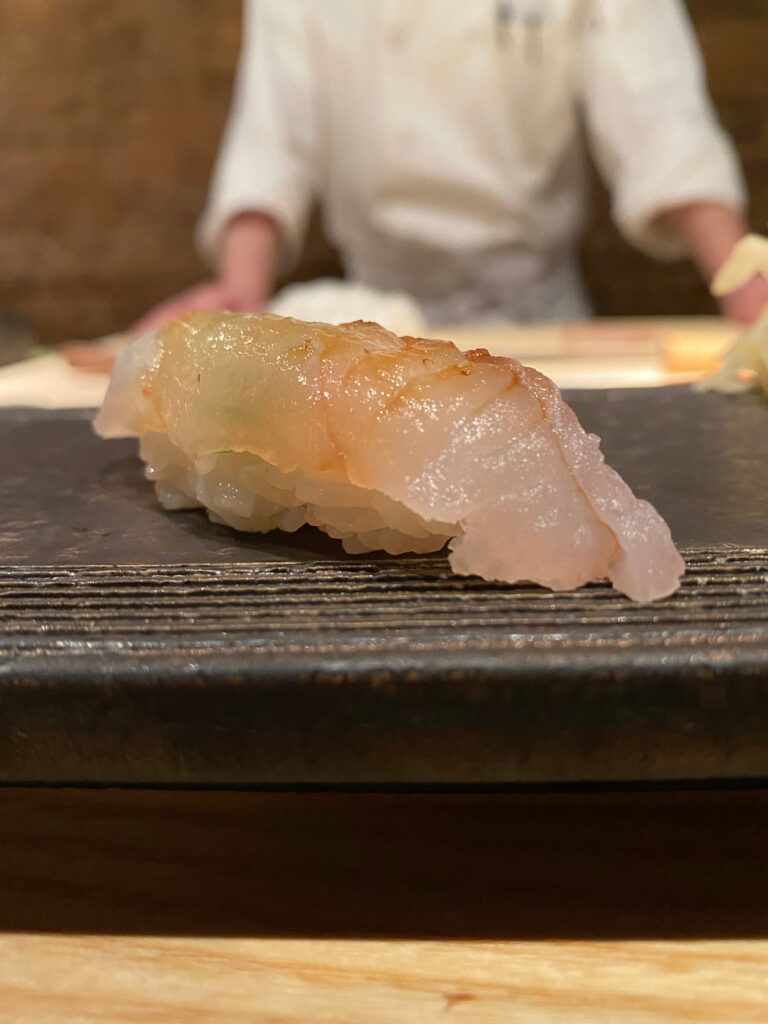 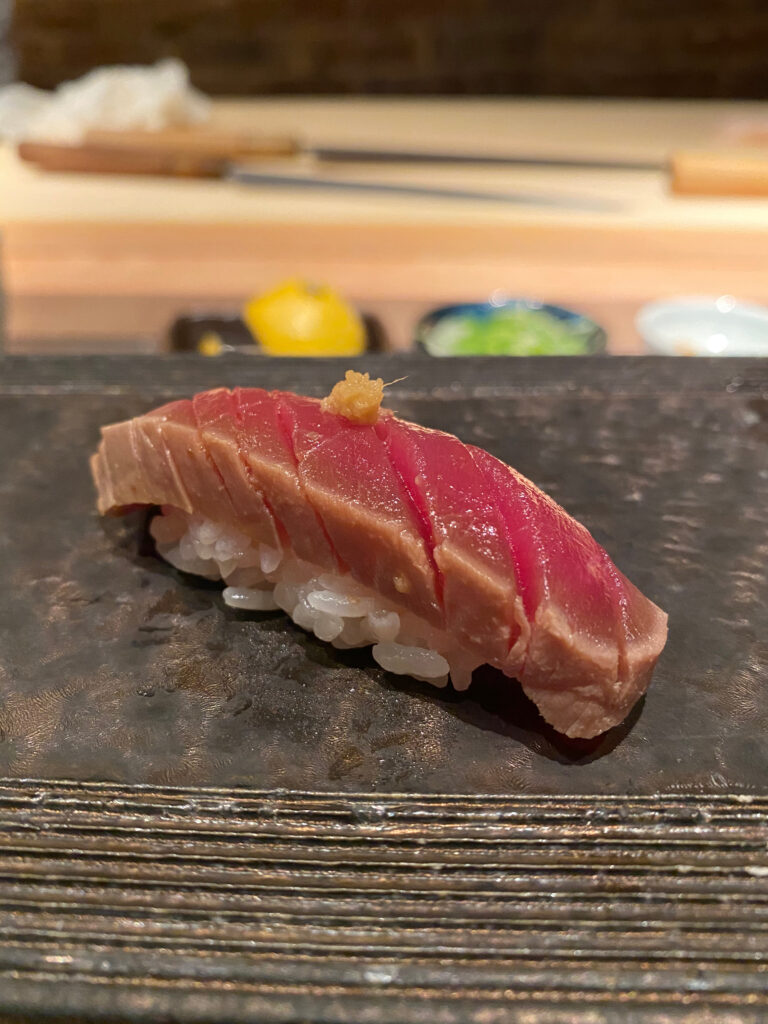 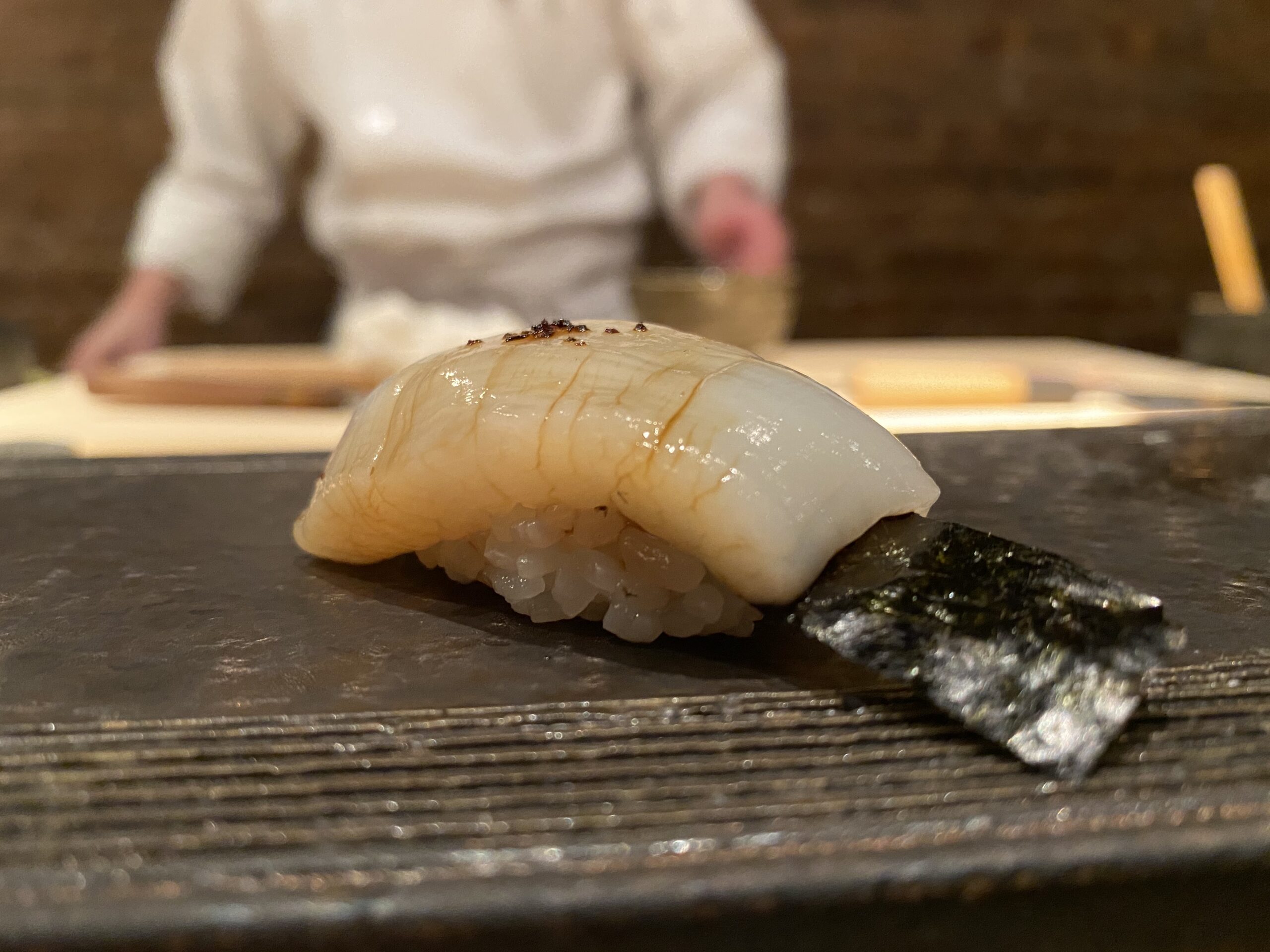 The Botan Ebi (pictured below with Uni) is another example of Takeda-san’s  sourcing. In season starting in early spring, it’s also called Toyama Ebi, because it’s caught primarily in Toyama Bay, an inlet that borders Toyama (duh) about an hour by train from the better-known Kanazawa (though Toyama has a great fish market). Like the pulitzer-winning journalist I am, I actually spoke to Satomi Kawakita, an owner, before writing this blog. Turns out she’s from Toyama, so no surprise on sourcing. 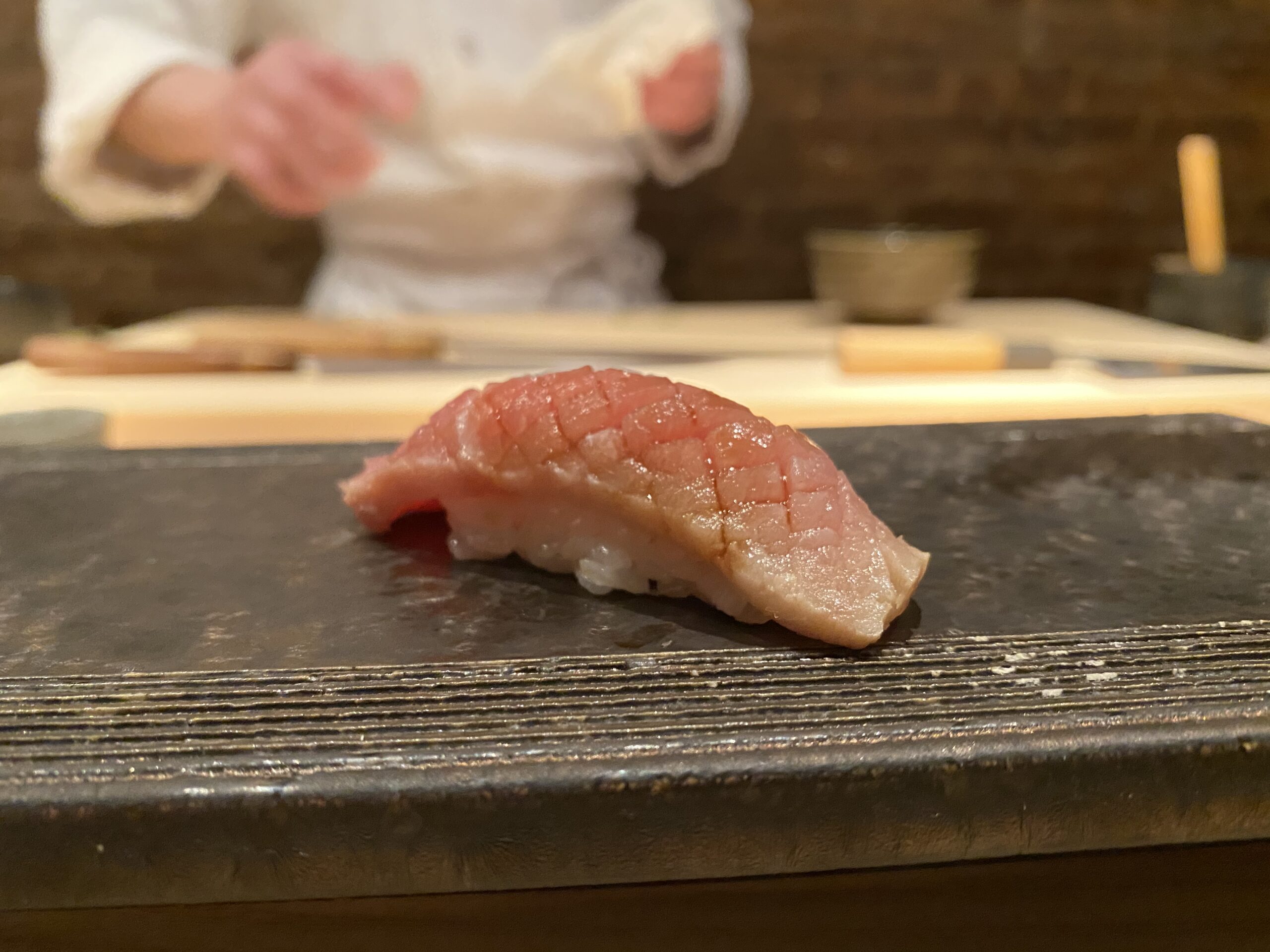 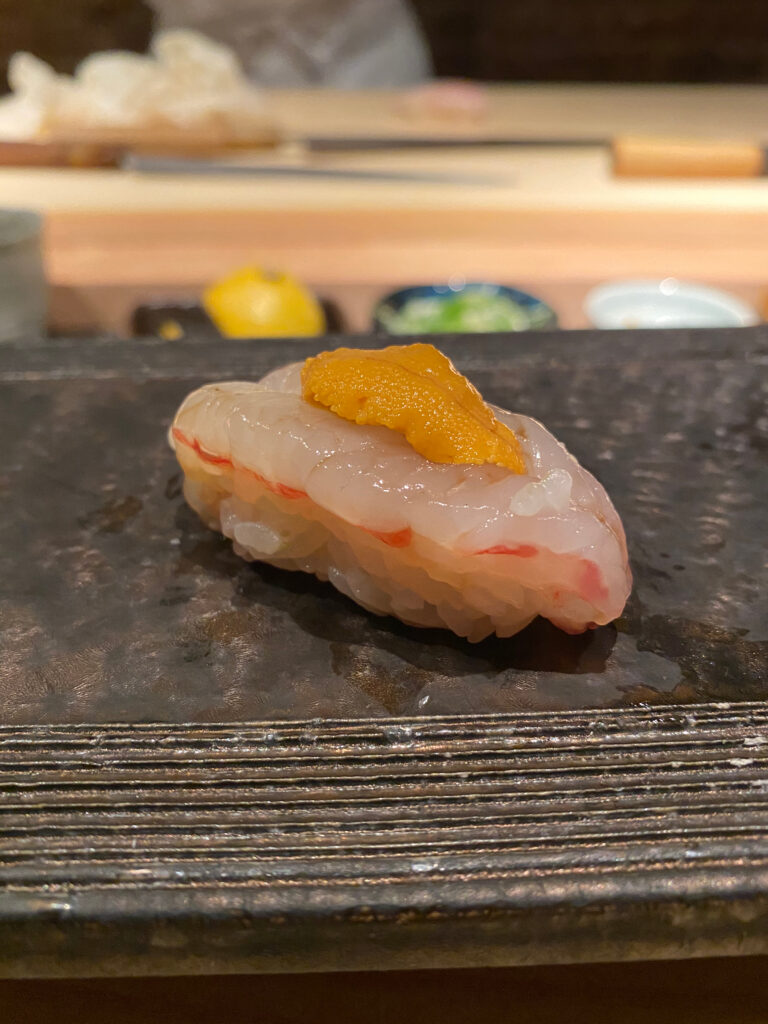 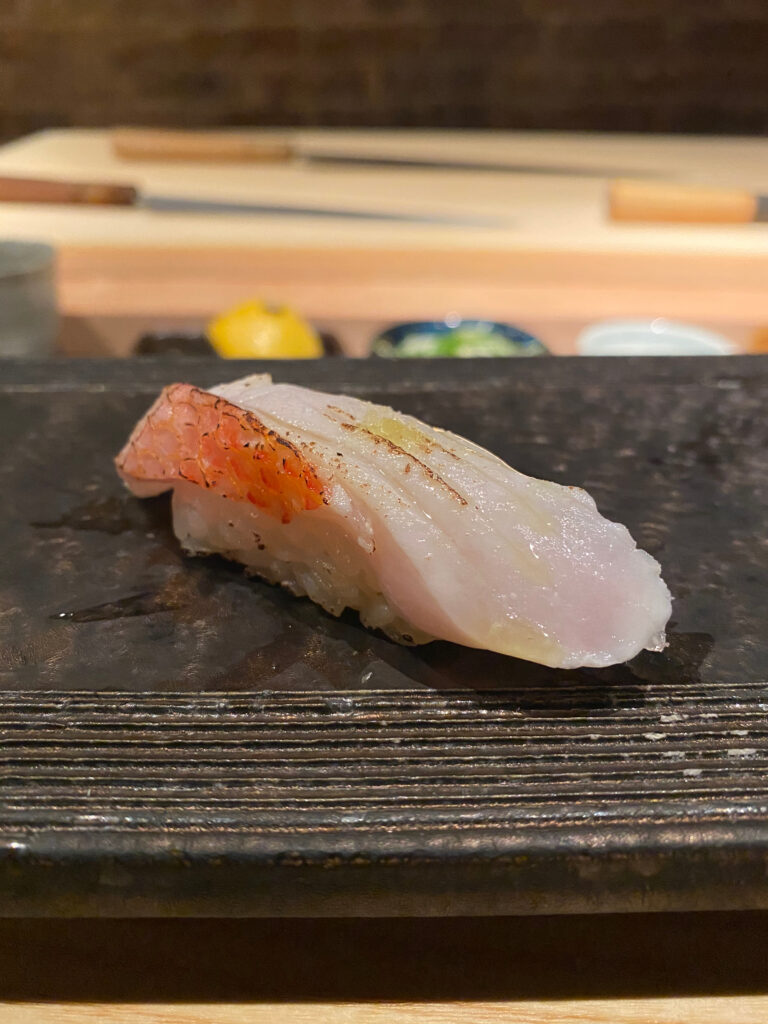 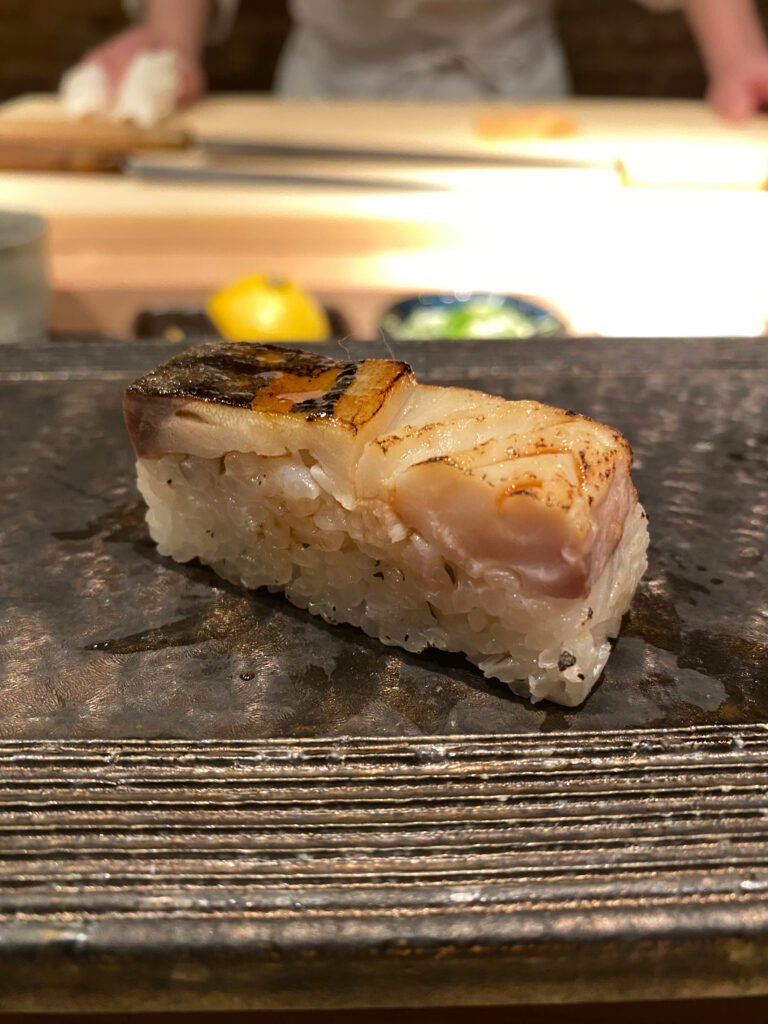 One unique aspect to the Takeda omakase is the chawanmushi (egg custard), which arrives midway through the meal. Common thought is that the heat from the chawanmushi makes it easier to serve at the end so as to not 86 your tastebuds for delicate fish. At Takeda, the refreshing change of place serves as a nice reset point from what ended up being over a dozen pieces of nigiri. 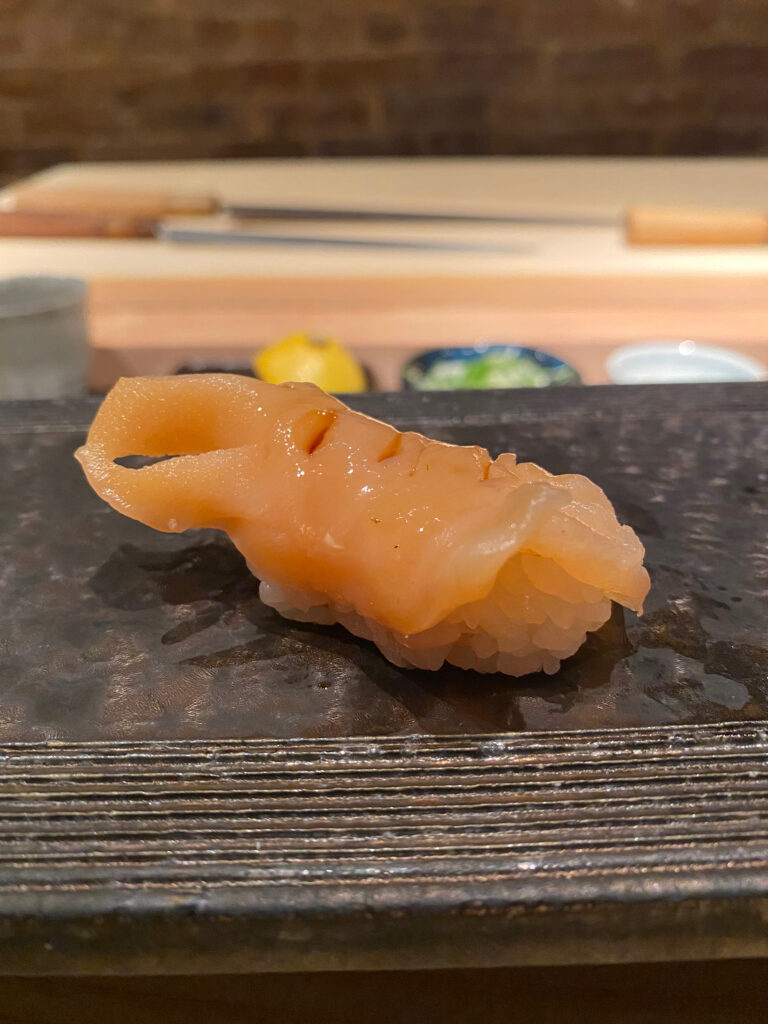 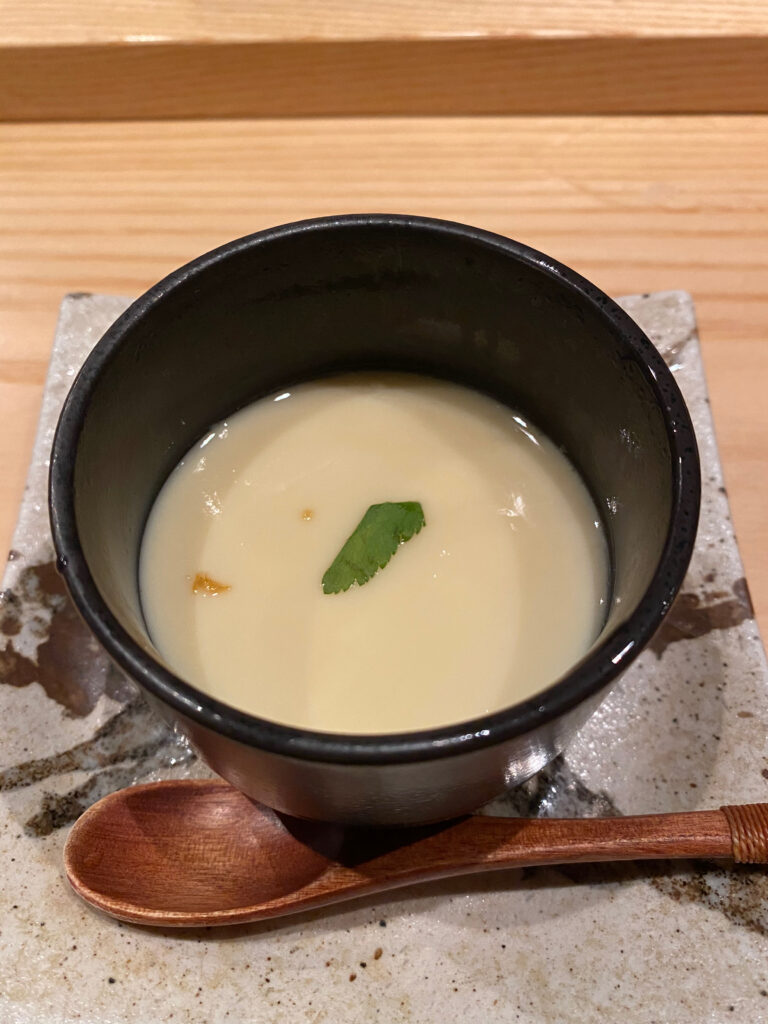 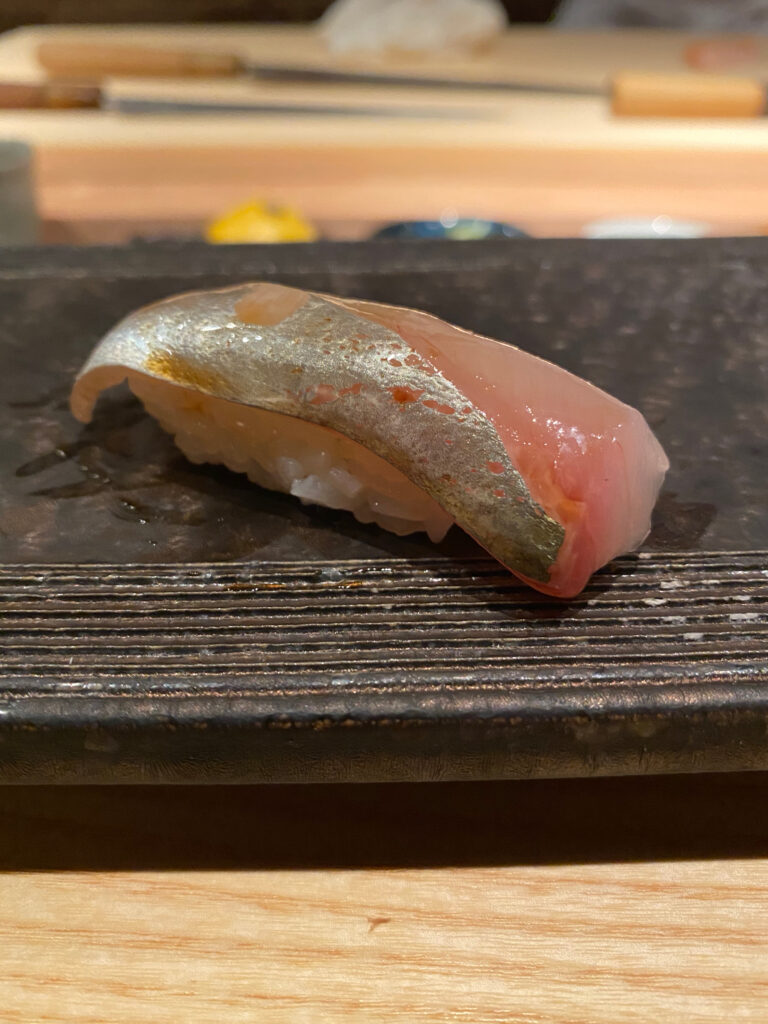 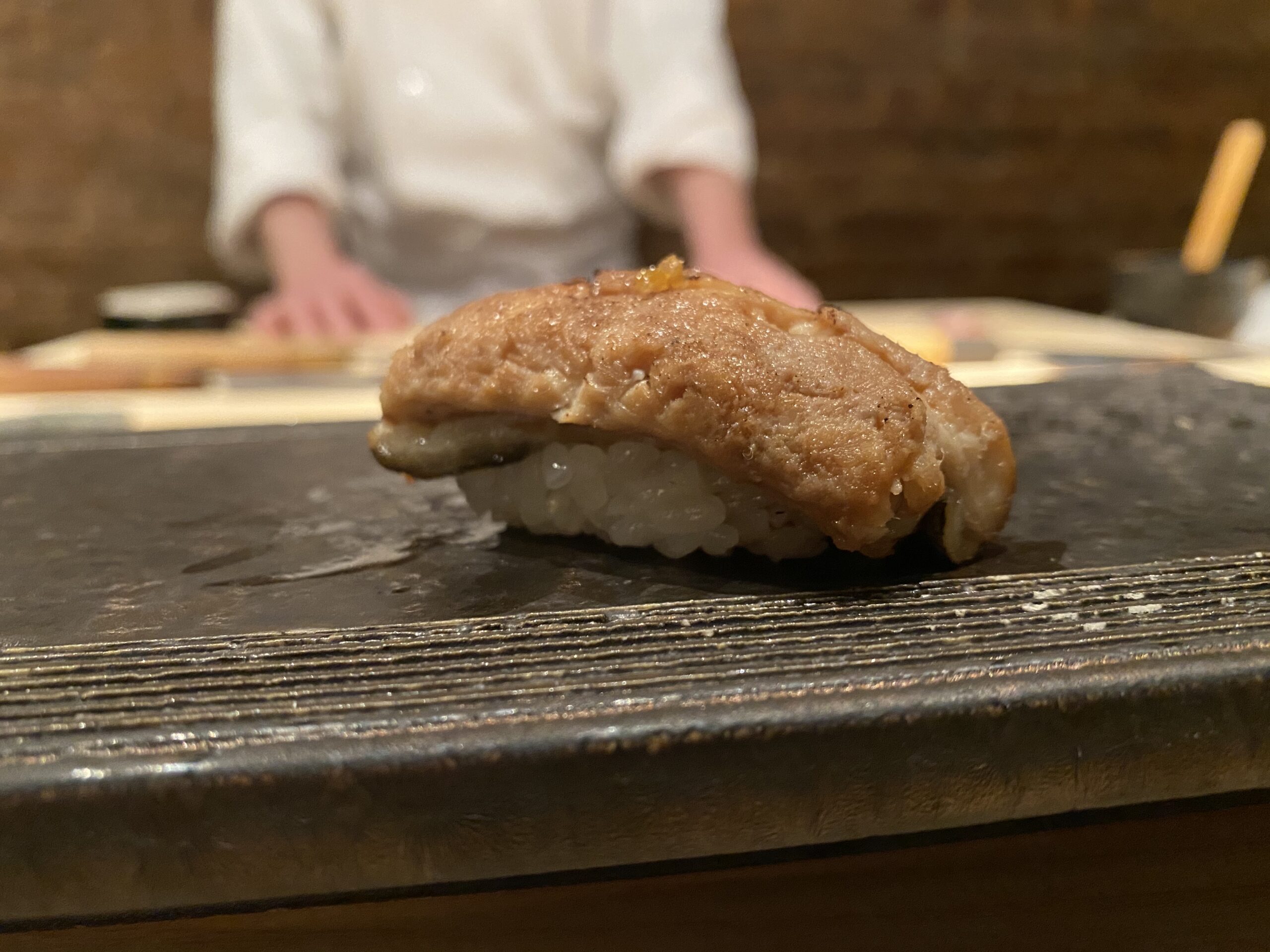 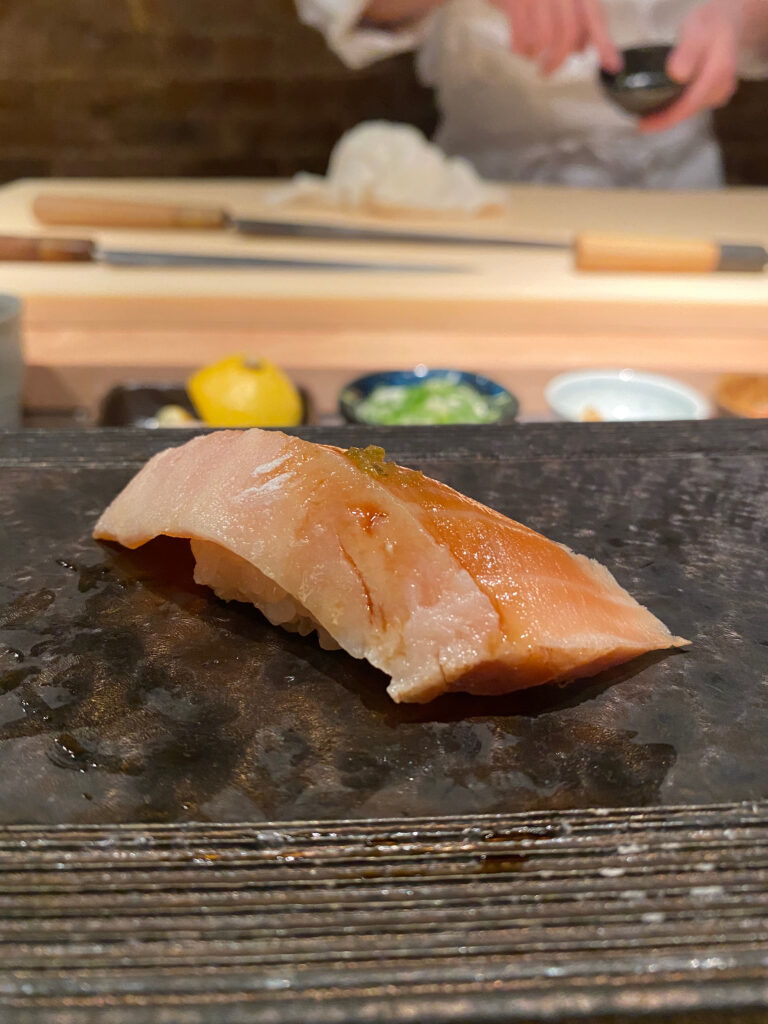 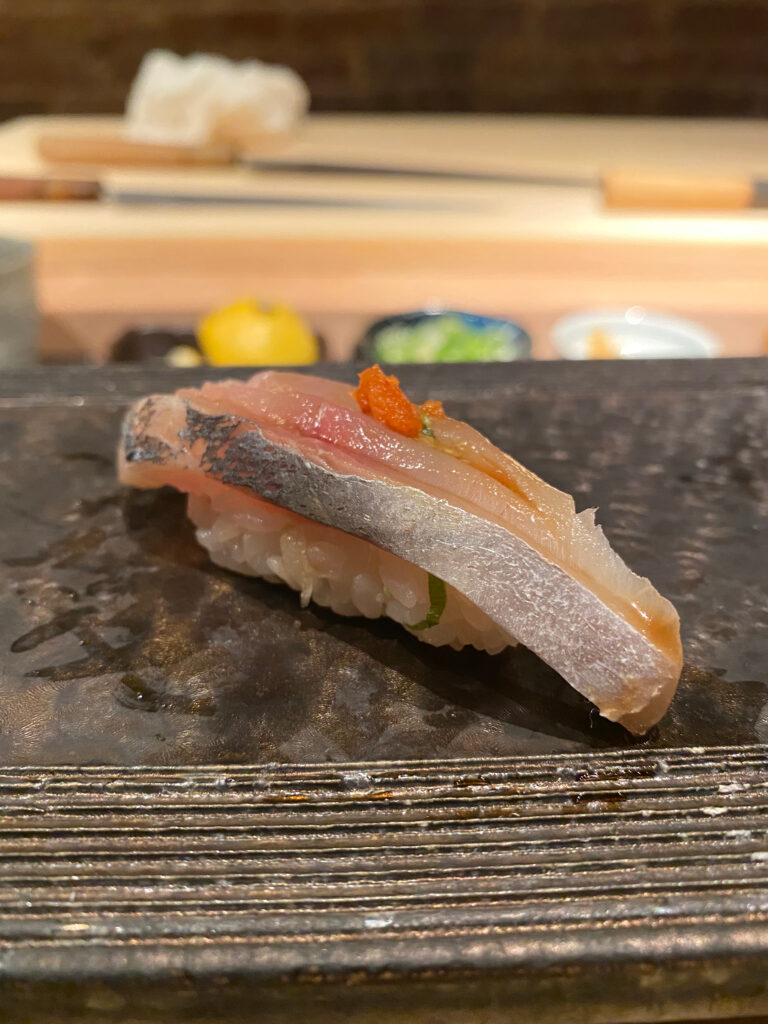 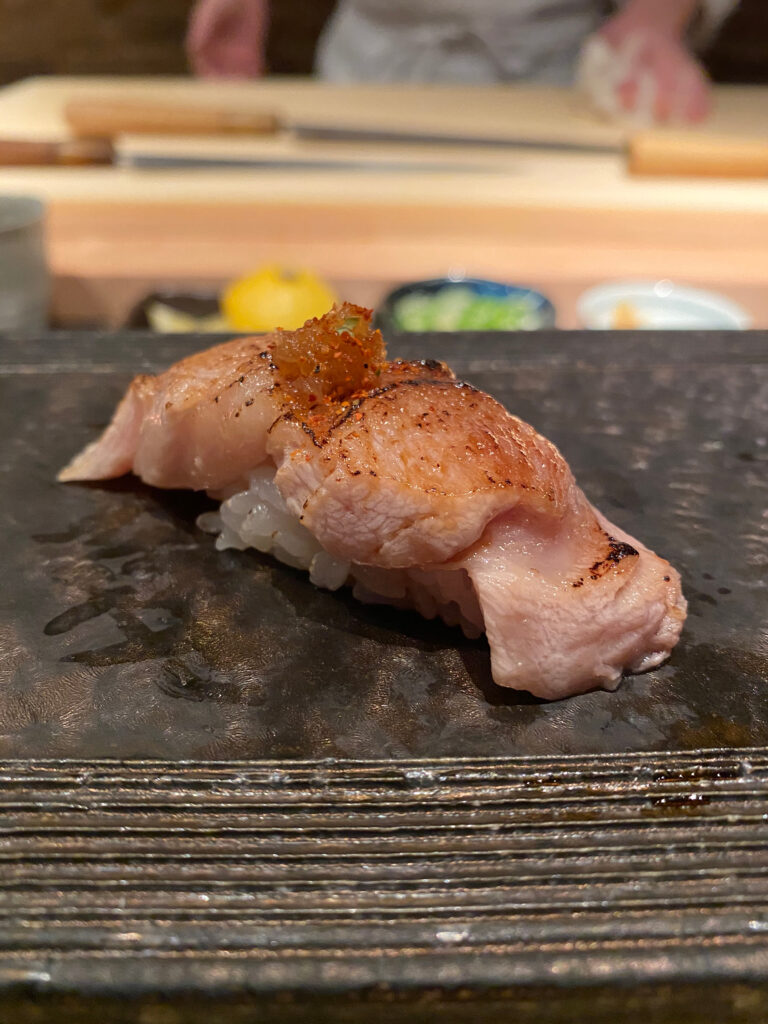 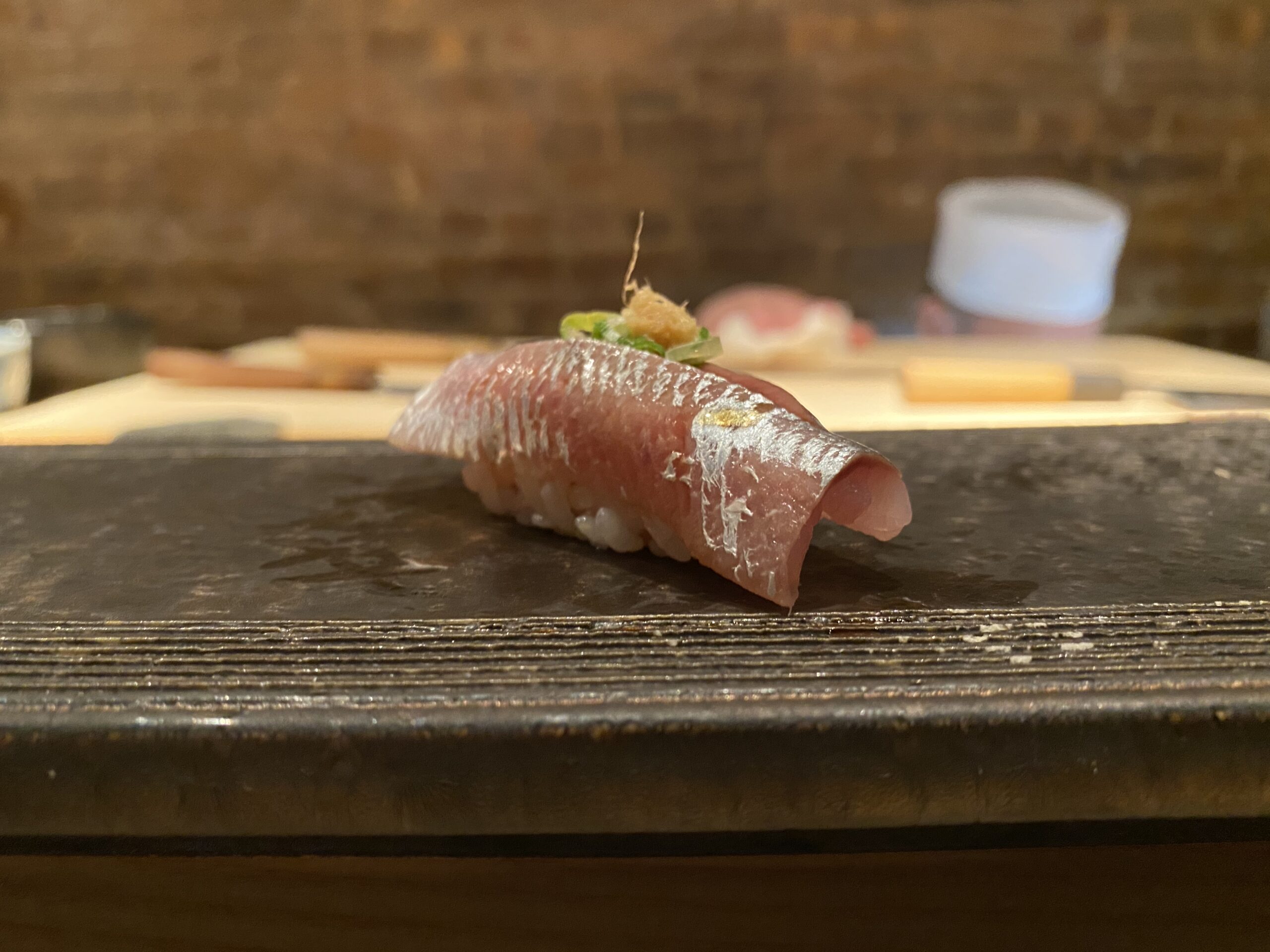 Ultimately, what makes Takeda special is what makes the sushi scene in the entire neighborhood worth exploring: it tightropes the line between upscale and casual like a Wallenda. In New York, small seated restaurants often have to charge a significant premium to make the effort financially viable. But Takeda’s reasonably-priced omakase options reminds me of many sushiya beyond the tourist hotspots in Japan. Like those, gems are usually worth searching for. 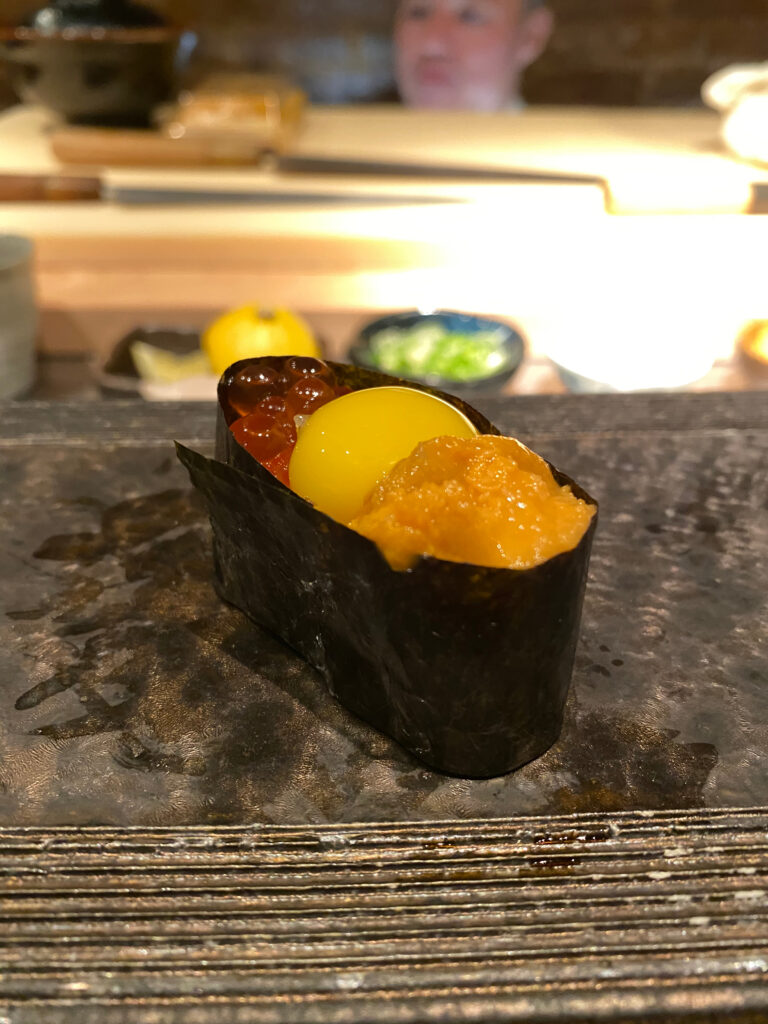 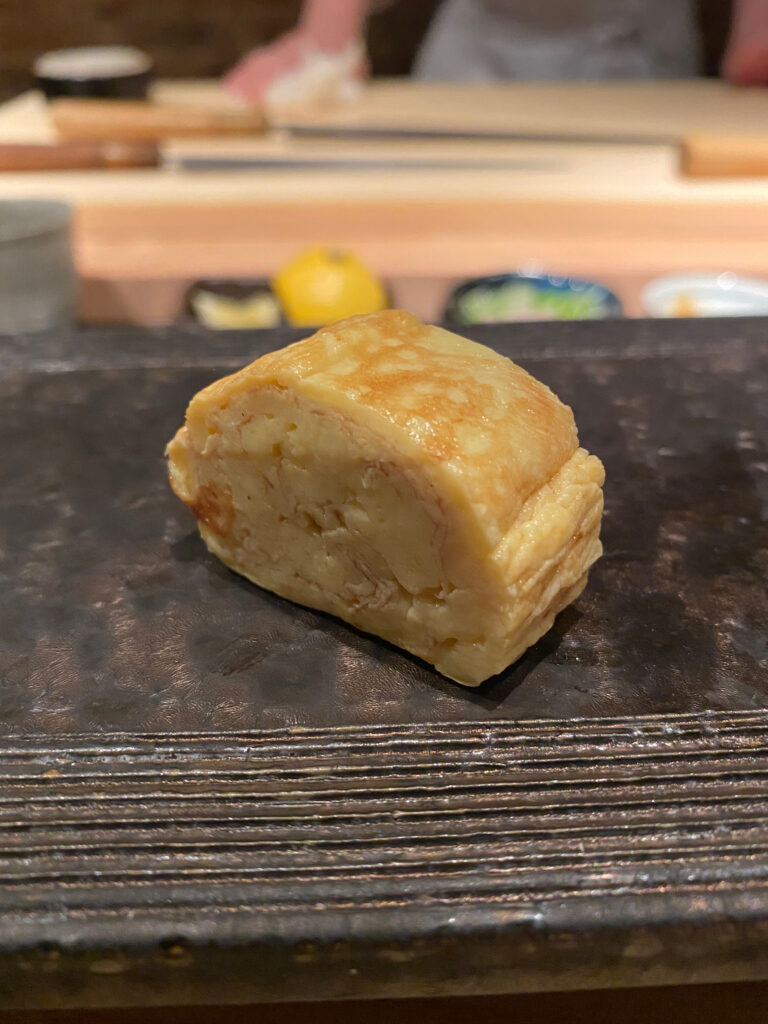 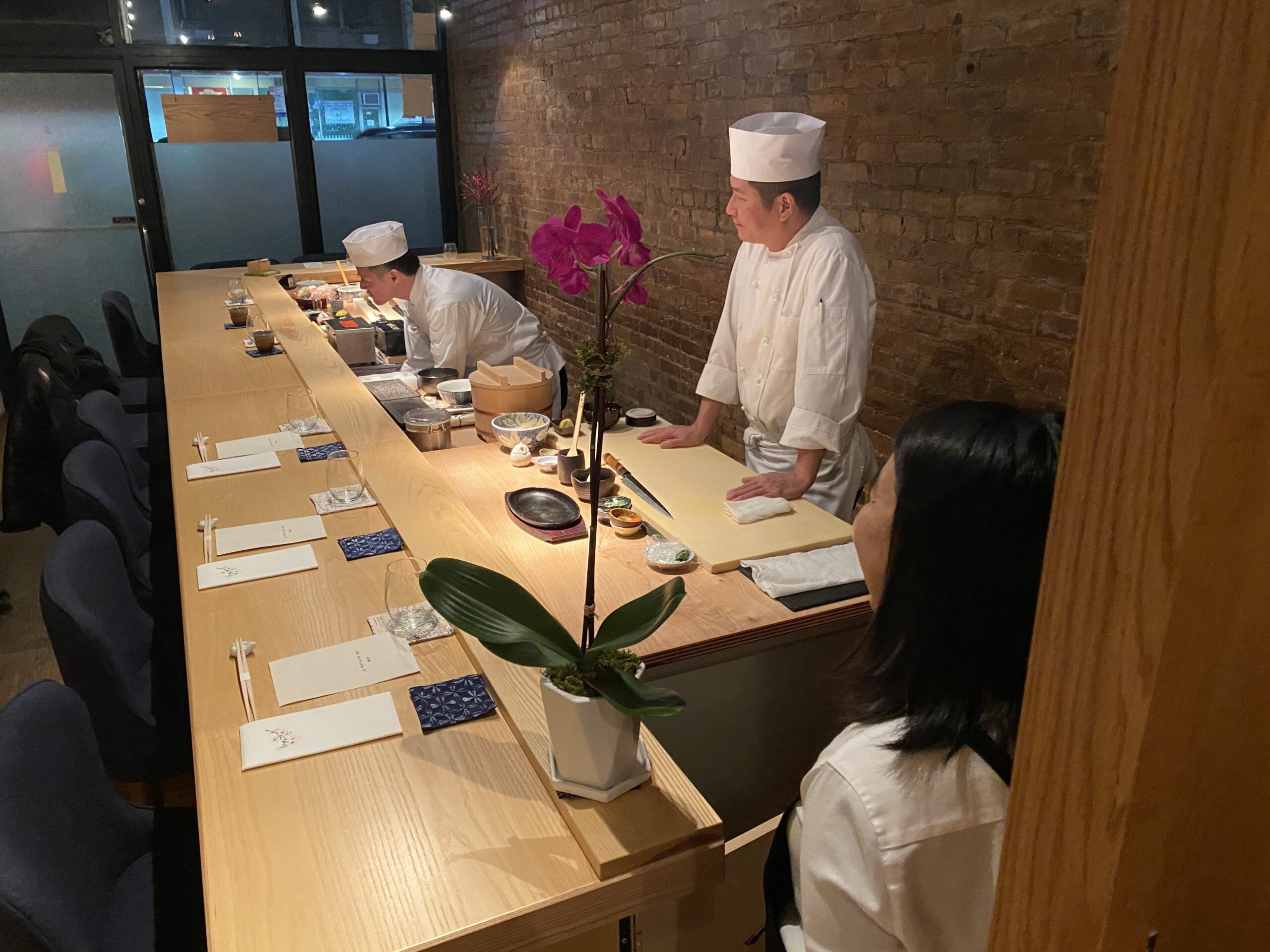