Gather round legends, and let me tell you a story.

The year was 2016. I spent my days in Central Park looking for Pokemon. The best Star Wars movie ever – that’s Rogue One – premiered. Our beautiful Harambe was in his final days.

I also had a delicious nigiri platter at a small little sushiya called Oita on the Upper East Side of Manhattan.

Then I sat down, wrote 50 words on this blog, left it in draft status, and never visited again.

In the six years since, Oita closed, moved to a much bigger space in Brooklyn and revamped their entire menu.

I promised myself and my mother in law that I’d get my ADD under control. A first step is writing my Oita review a little more quickly this time. 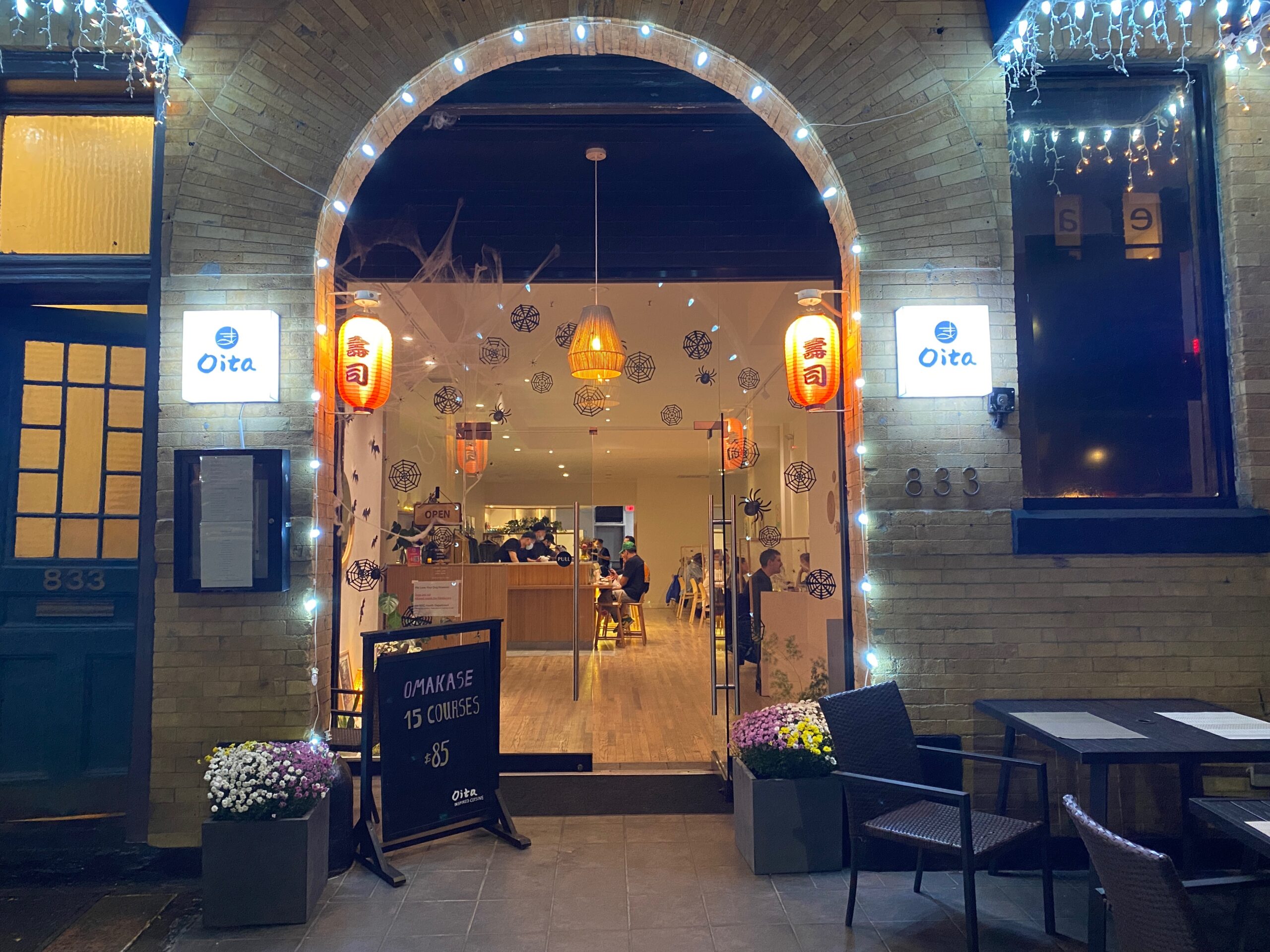 A buzzy new sushiya. A family neighborhood. A Saturday night.

So yes, Oita was busy. Not just at the counter or tables, but with a steady procession of delivery drivers from COMPANY REDACTED (no free ads) picking orders up.

We sat at the counter, where Oita offers an $85, 15 course, Omakase. Interestingly though, the Omakase is not required for all countersitters. That’s a major plus for those who have mixed families of sushiphiles and more basic folk. For example, Mrs Sushi Legend ordered a la carte and had rave reviews.

But you all know me by now. I like Canadian sports. I like ripping on Nama and Nakazawa. And I like ordering the Omakase when it’s offered. 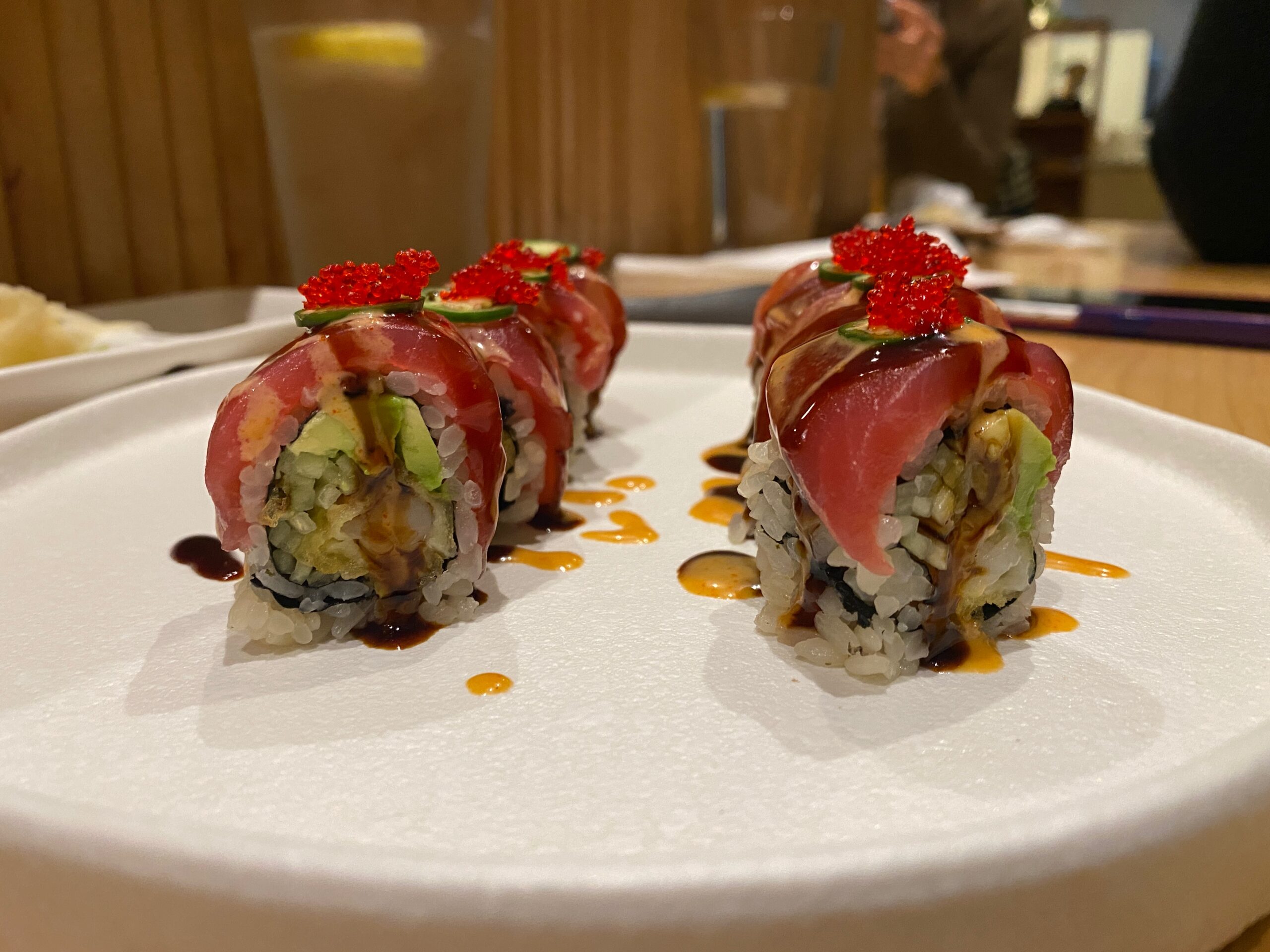 The Omakase at Oita is similar in style to other sushiya in the same price bracket in other parts of New York City (I’ve collected a full list here or at NyOmakase.com).

That’s not necessarily a bad thing. Sure, there’s Binnagamaguro (Albacore), the bane of my sushi existence. Yes, there is a little accompaniment on every piece of Neta. And of course there’s truffles, and caviar and a blowtorch. Tricks you’ve seen elsewhere.

But there are a few distinctions that set Oita apart from its competitors.

First ,the knifework. Check out the Hamachi belly below, with the incisions at the ideal depth to cradle the shoyu while not butchering the Neta. 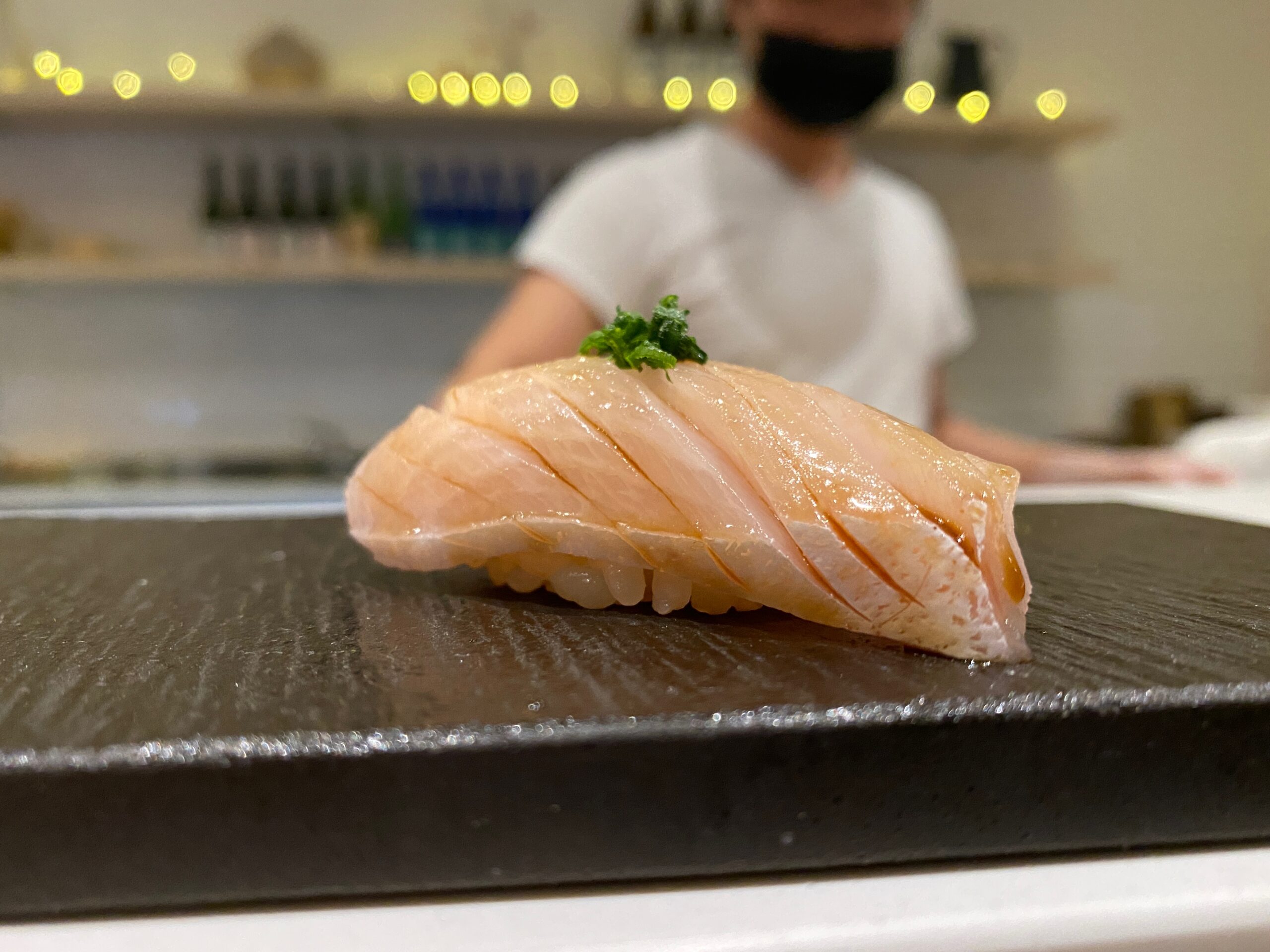 There’s also the sourcing. Exhibit A, the Kanpachi (greater amberjack). Kanpachi is particularly popular on Kyushu, one of Japan’s main islands, and the beauty pictured below is from Kagoshima, one if it’s main cities.

There was a small bit of pressure here – Oita the sushiya is named after Oita the place, another one of Kyushu’s main cities and prefectures, and a hub for Kanpachi as well. In fact, the picture of Kanpachi in one of my favourite sushi books, “A Sushi Handbook”, is literally from Oita.

Cool stuff. To this nerd at least. 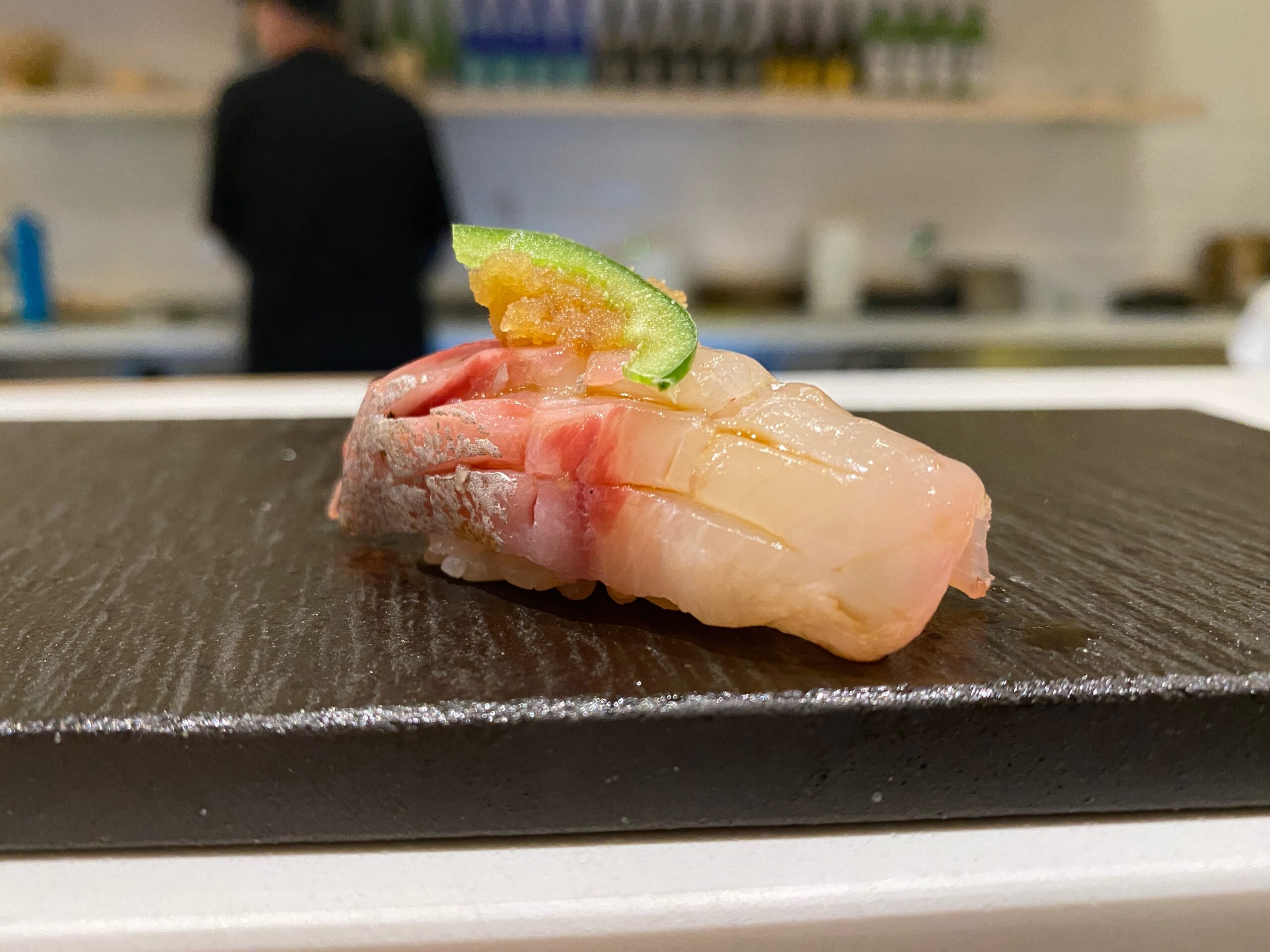 2: Kanpachi with Jalapeno and Daikon 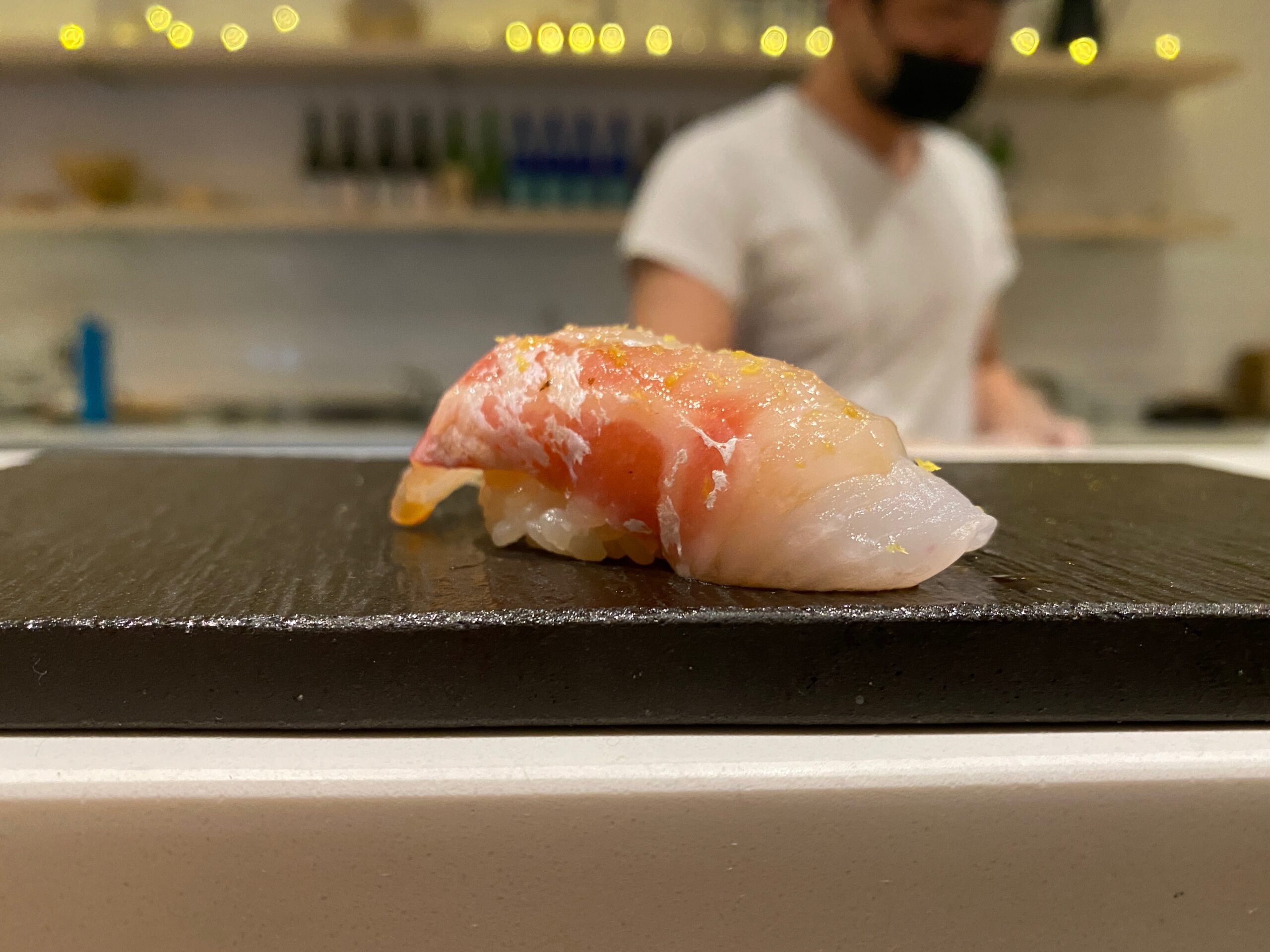 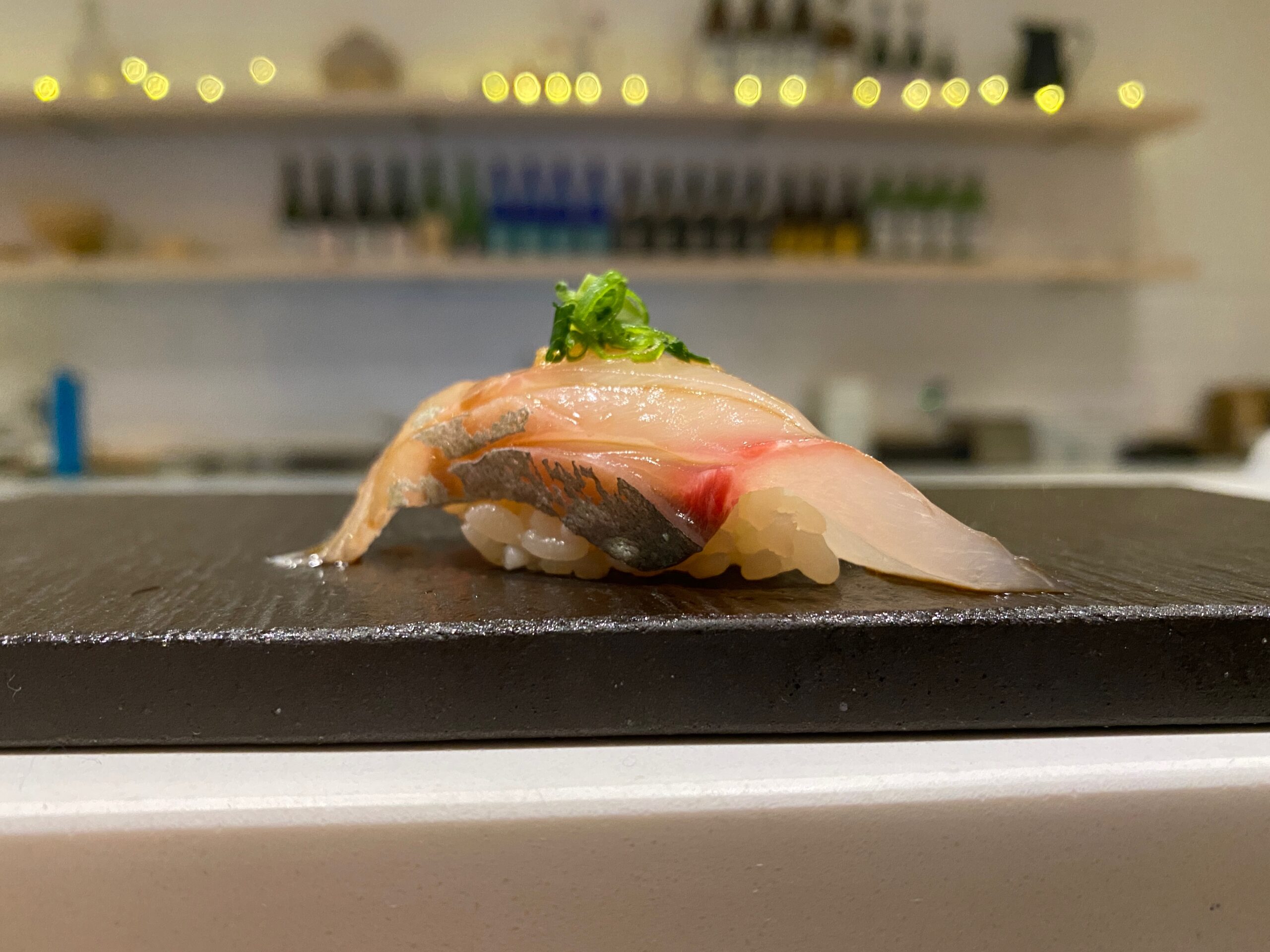 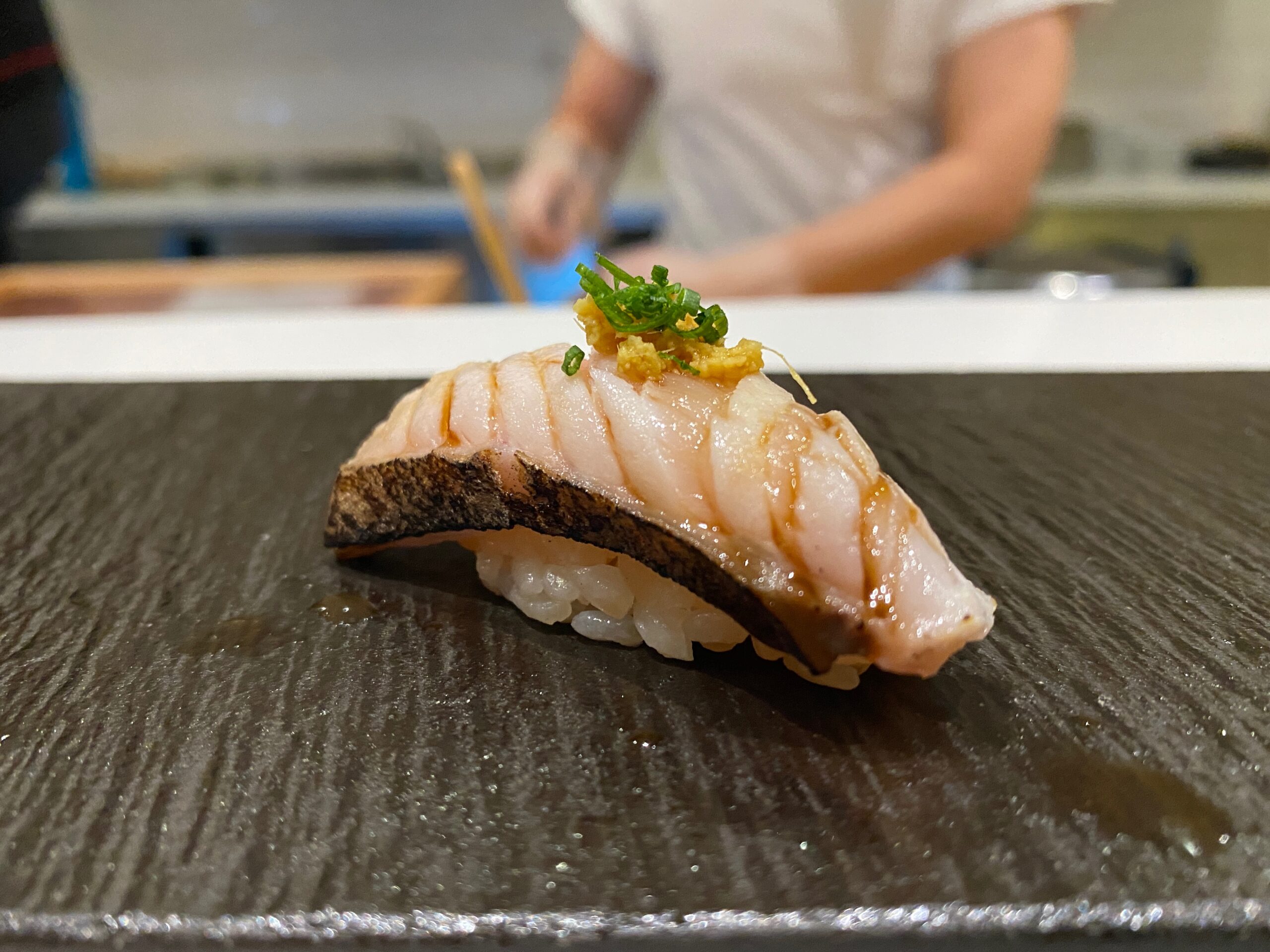 5: Sawara with gari and negi

One of my favourite Neta is Sawara (Spanish Mackerel), pictured above. If you’re one of those that finds mackerel too “fishy”, give Sawara a try, especially in the colder months when it’s most flavourful. Its presence on the Oita menu (not listed on their website) is another example of a sushiya that isn’t just paint by numbers (*cough* Nakazawa *cough*). 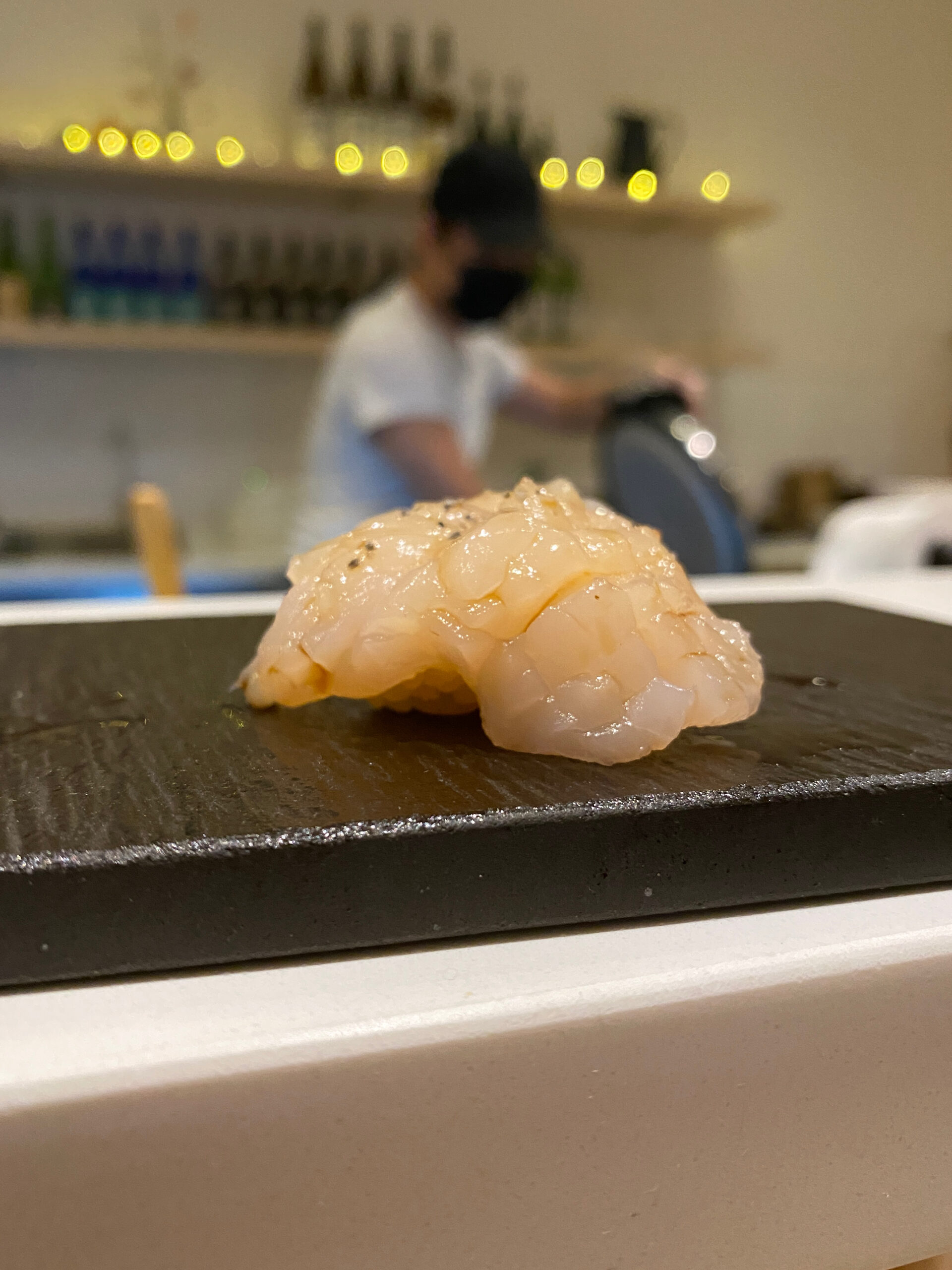 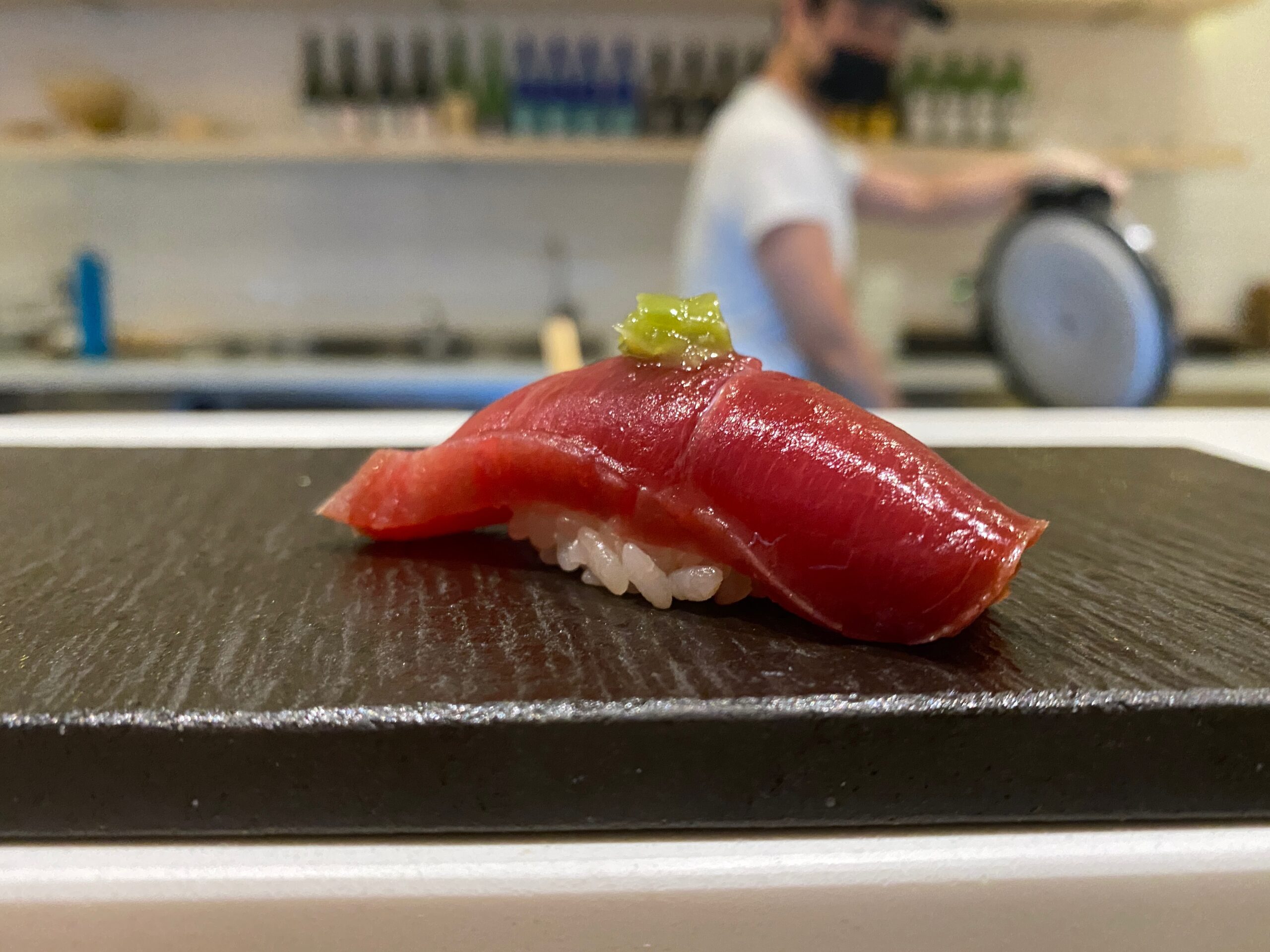 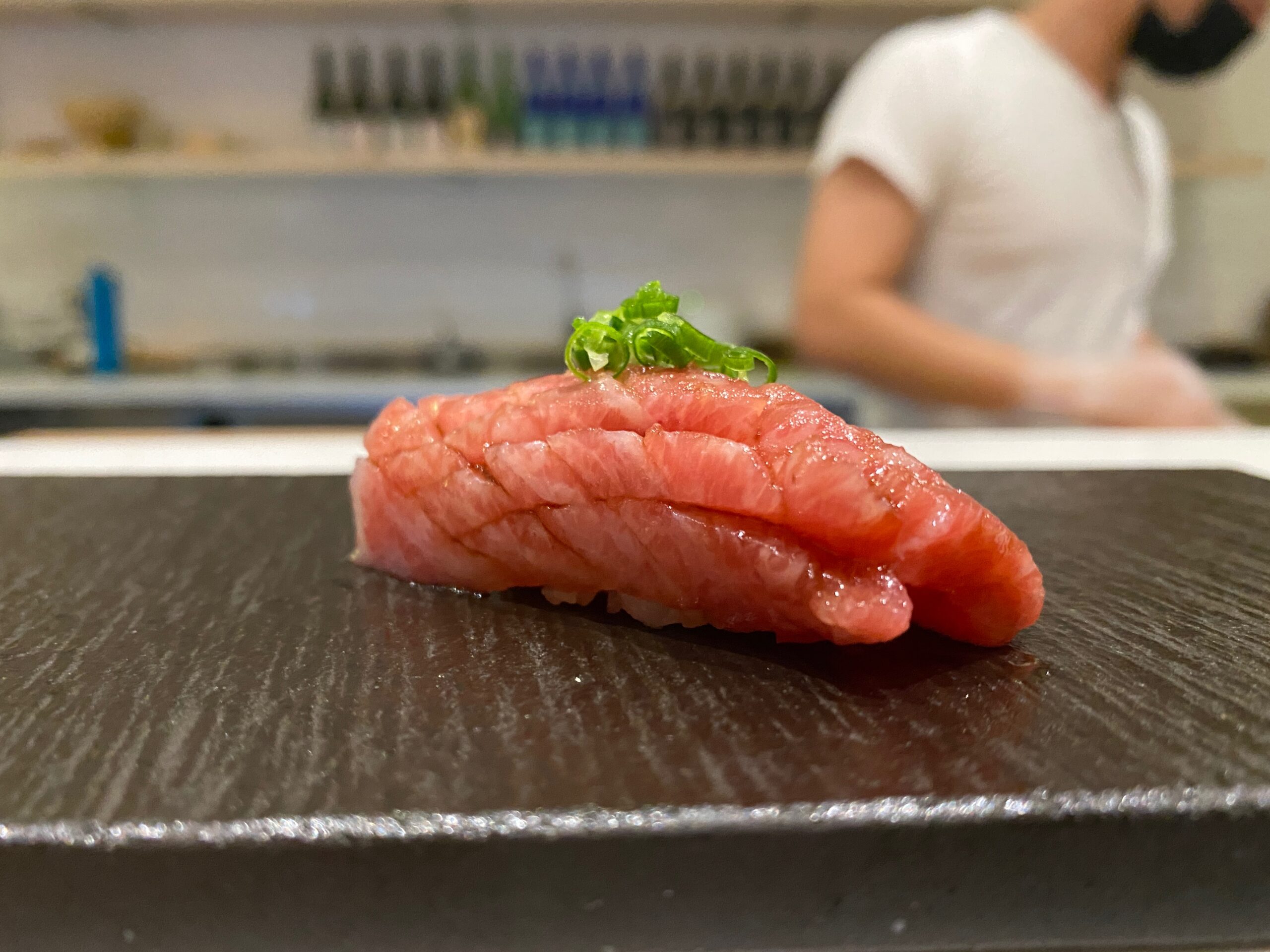 For as much as I enjoyed my meal at Oita, and especially the work of their team behind the counter (more below), I will never understand the proclivity that so many sushiya have to torch the O-Toro (not just Oita). Tuna isn’t meant to be cooked.

Ask Stanley Tucci. The dude may have acted in both the best movie (Margin Call) and tv show (Searching for Italy) of the 21st century.

And yet, in the Sardinia episode of the aformentioned Searching, Tucci – an Italian American – derided the cooking of O Toro, despite it being an Italian tradition.

I rest my case. 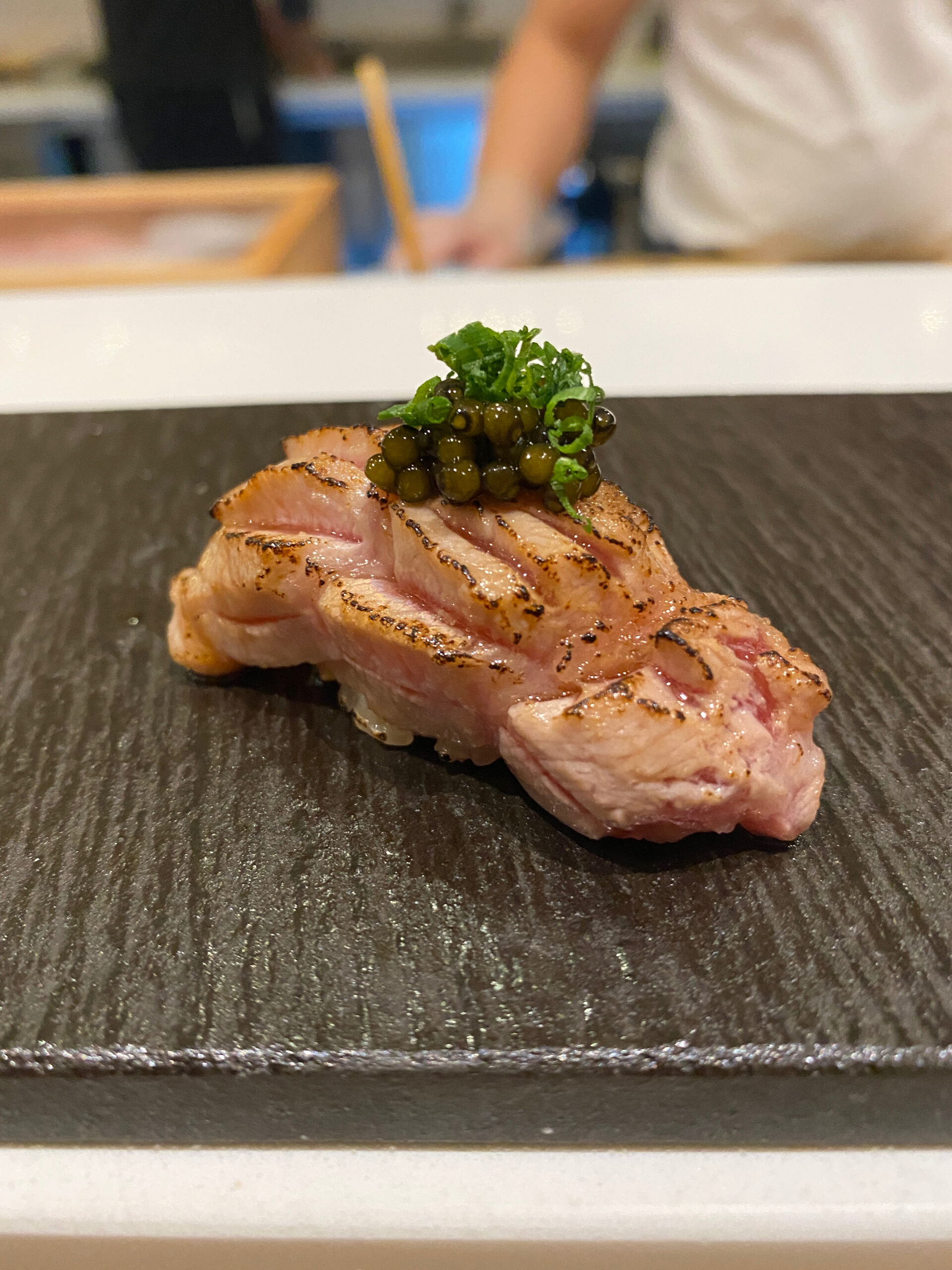 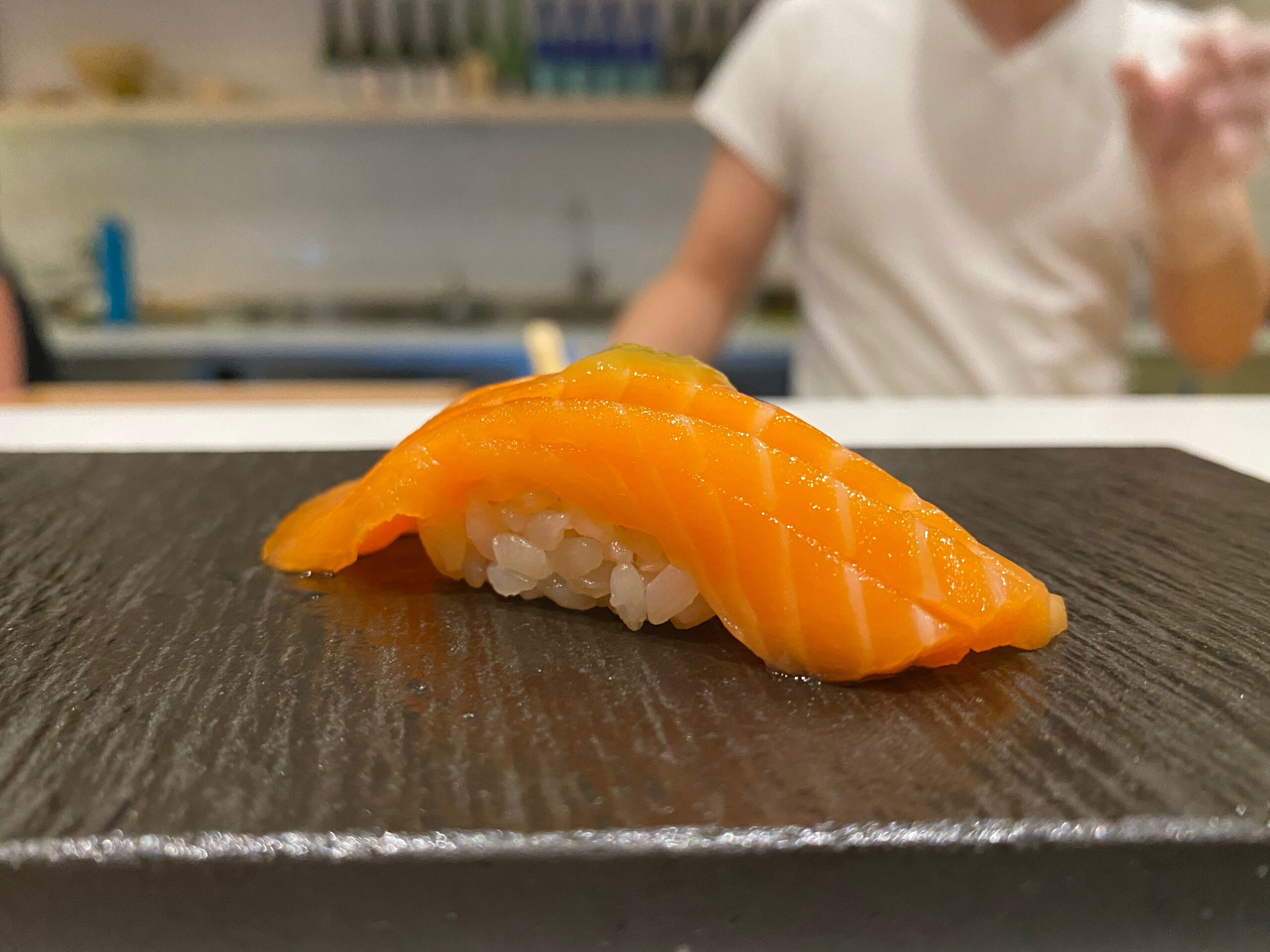 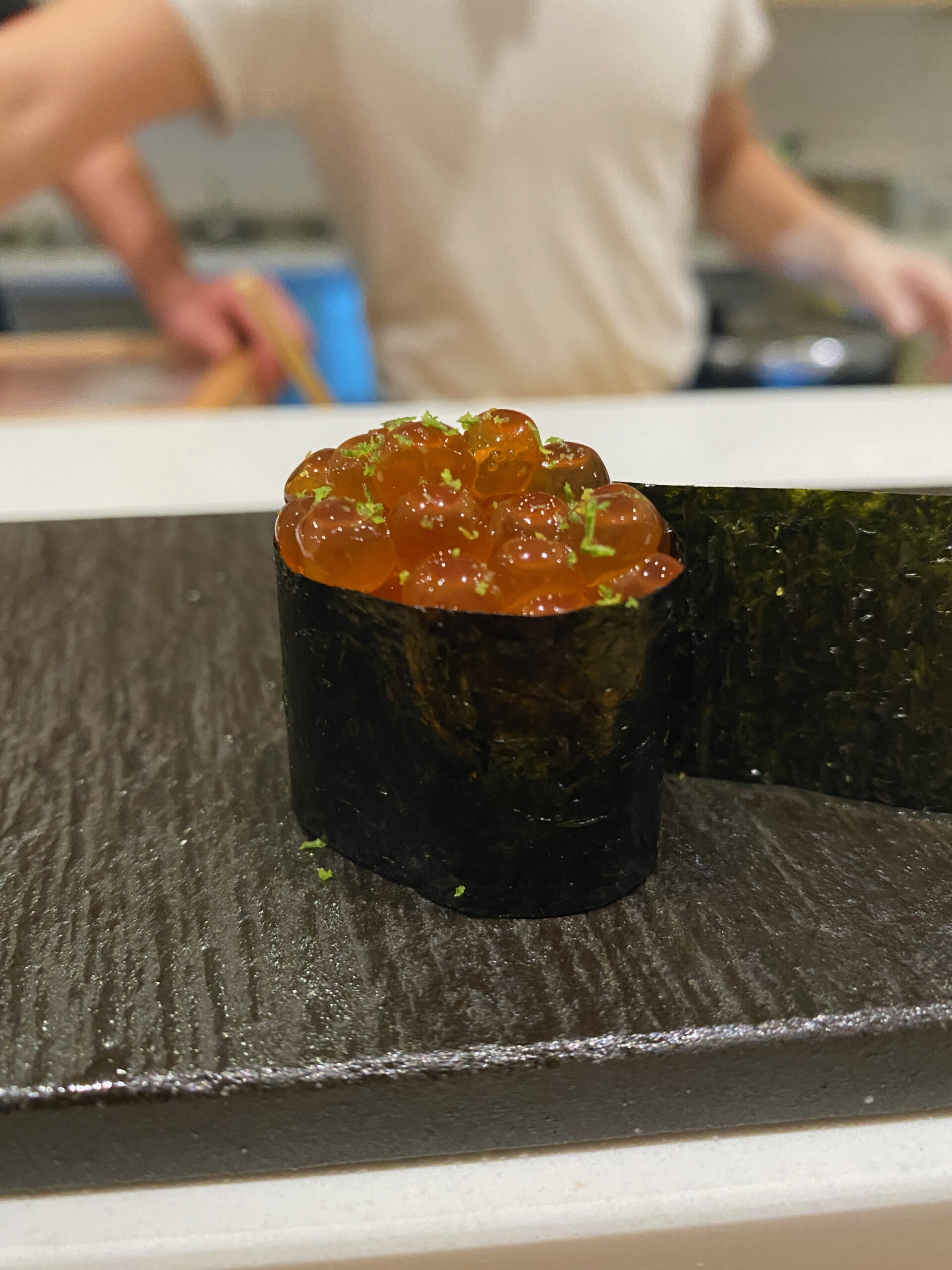 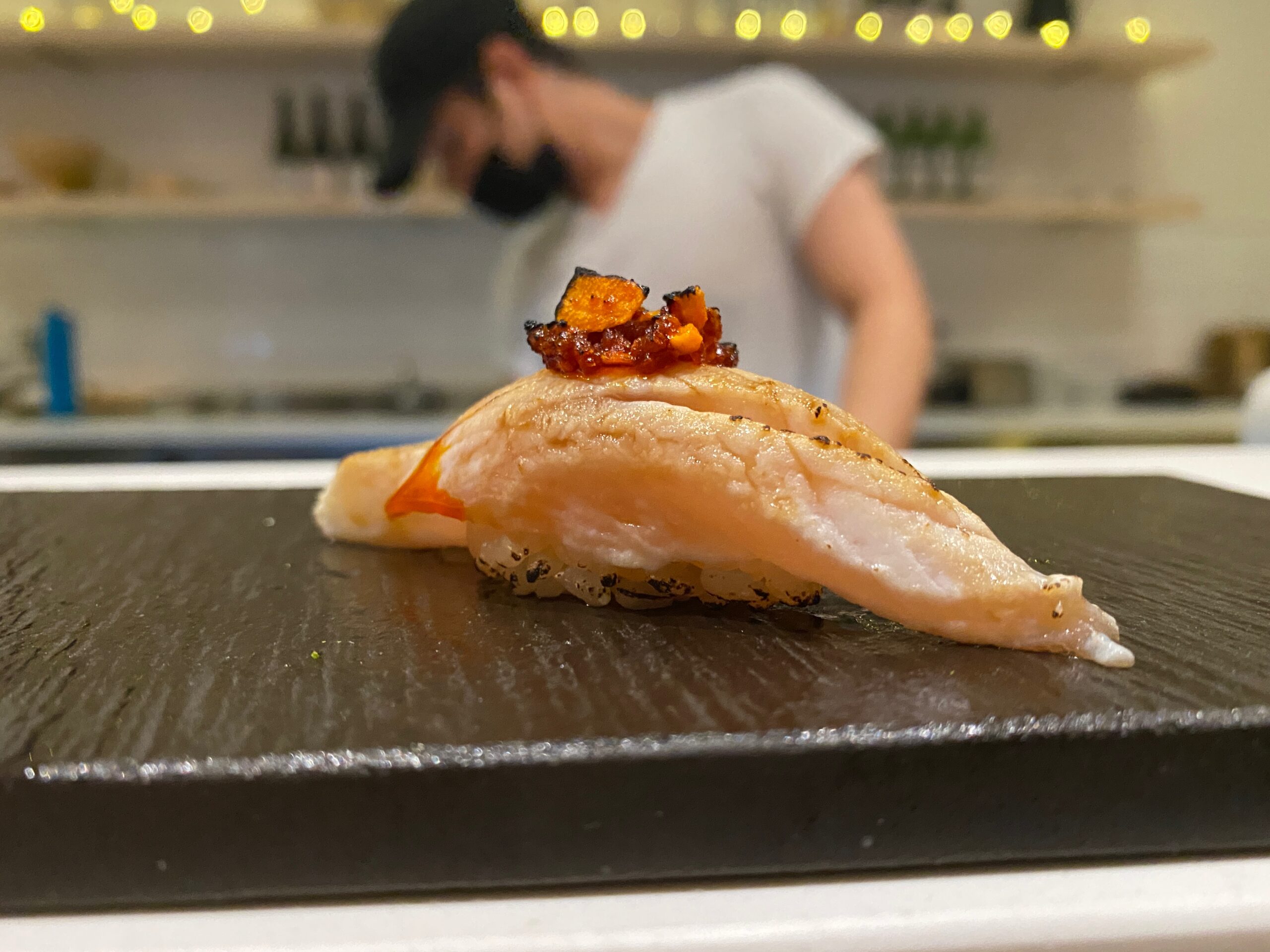 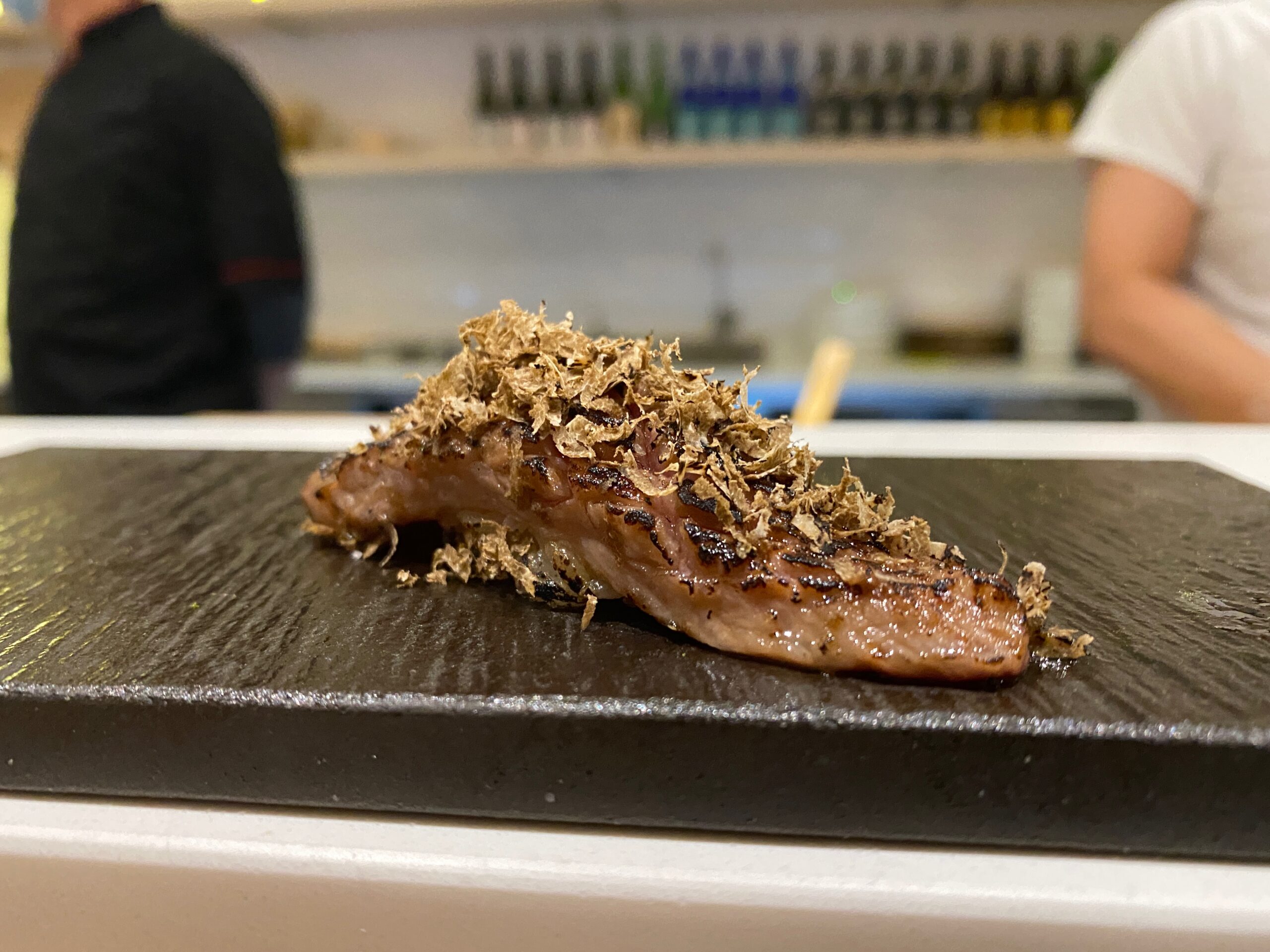 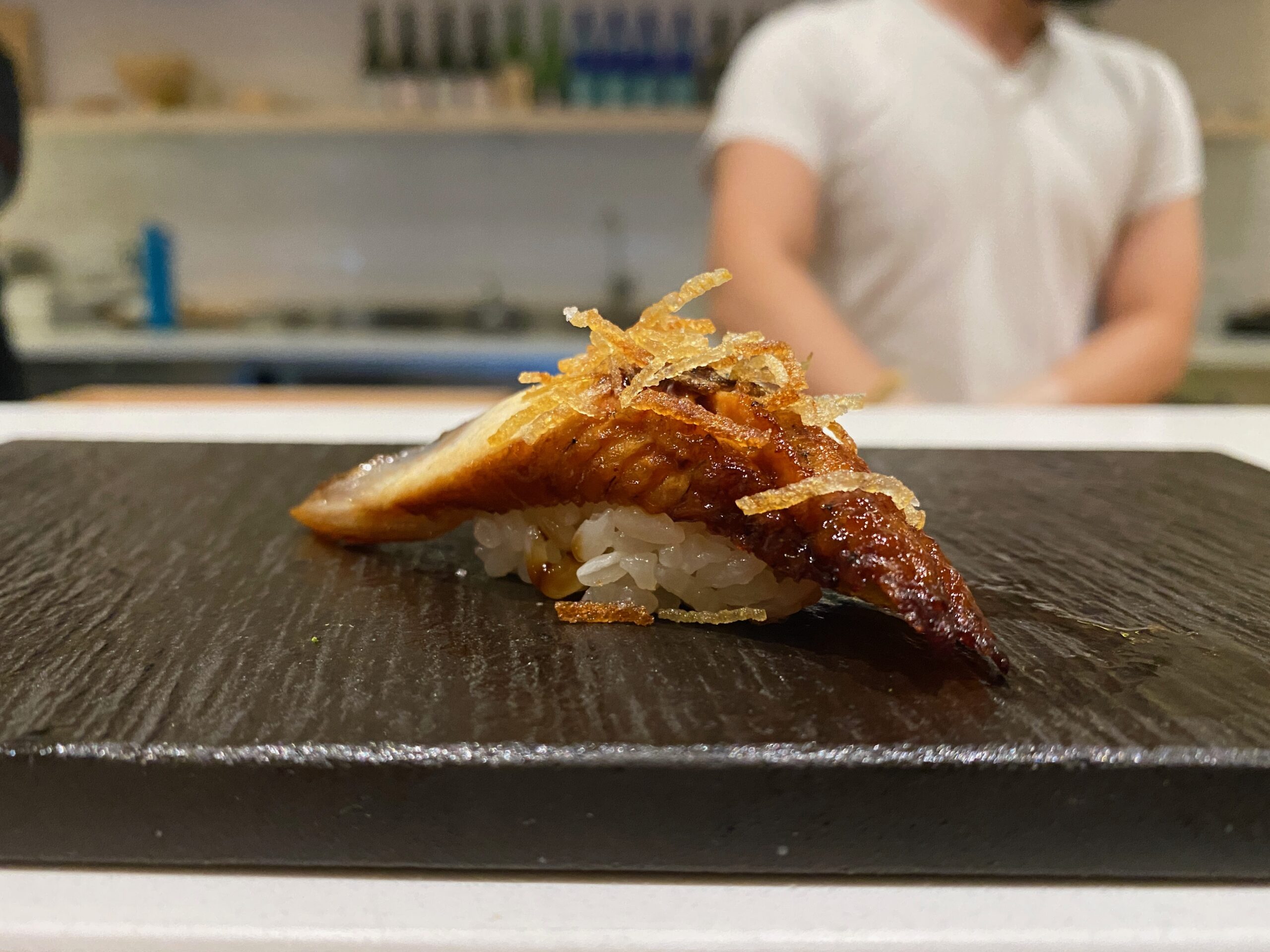 To properly appreciate Oita, you have to understand the sandbox it plays in. There are few, but not many, truly solid sushiya in Brooklyn.What there is a significant number of?

There are, however, a considerable Omakase options at the sub-$100 level in New York City, but the quality of the sushi sets Oita apart from its competitors.

So does it’s team. If you sit at the counter, you’ll get a front row seat to a group that will happily share the seafood purveyors they love (and don’t), their philosophy of making shari (not too sweet) and more.

More than that, they do smart shit that should be obvious but isn’t always. Shiromi (white fish), which are inhrerently mildly flavored, get heighteners like lemon zest added to Madai.

It doesn’t hurt that the price and quantity make it worth venturing into the depths of Brooklyn for.