For as long as I’ve been writing about sushi from abroad (aka NYC), I’ve been angry online (is there any other way?) that my hometown – Toronto – deserves better sushi.

That’s an emotional opinion but there’s some meat behind it: I did the actual analysis in my most recent newsletter. Turns out that Toronto has an Omakase Per Capita (TRADEMARKED) of 0.92 per 100,000. That’s half of New York and a quarter of Los Angeles. Inexcusable.

Over the past few years, Yasu, Shoushin and Sushi Masaki Saito have joined legendary city sushiya Sushi Kaji to at least give Torontonians some options.

The latest is Sushi Nishinokaze, a sushiya tucked away next to an unassuming batch of commercial businesses. Off the beaten track? Maybe. Worth the trip? Absolutely. 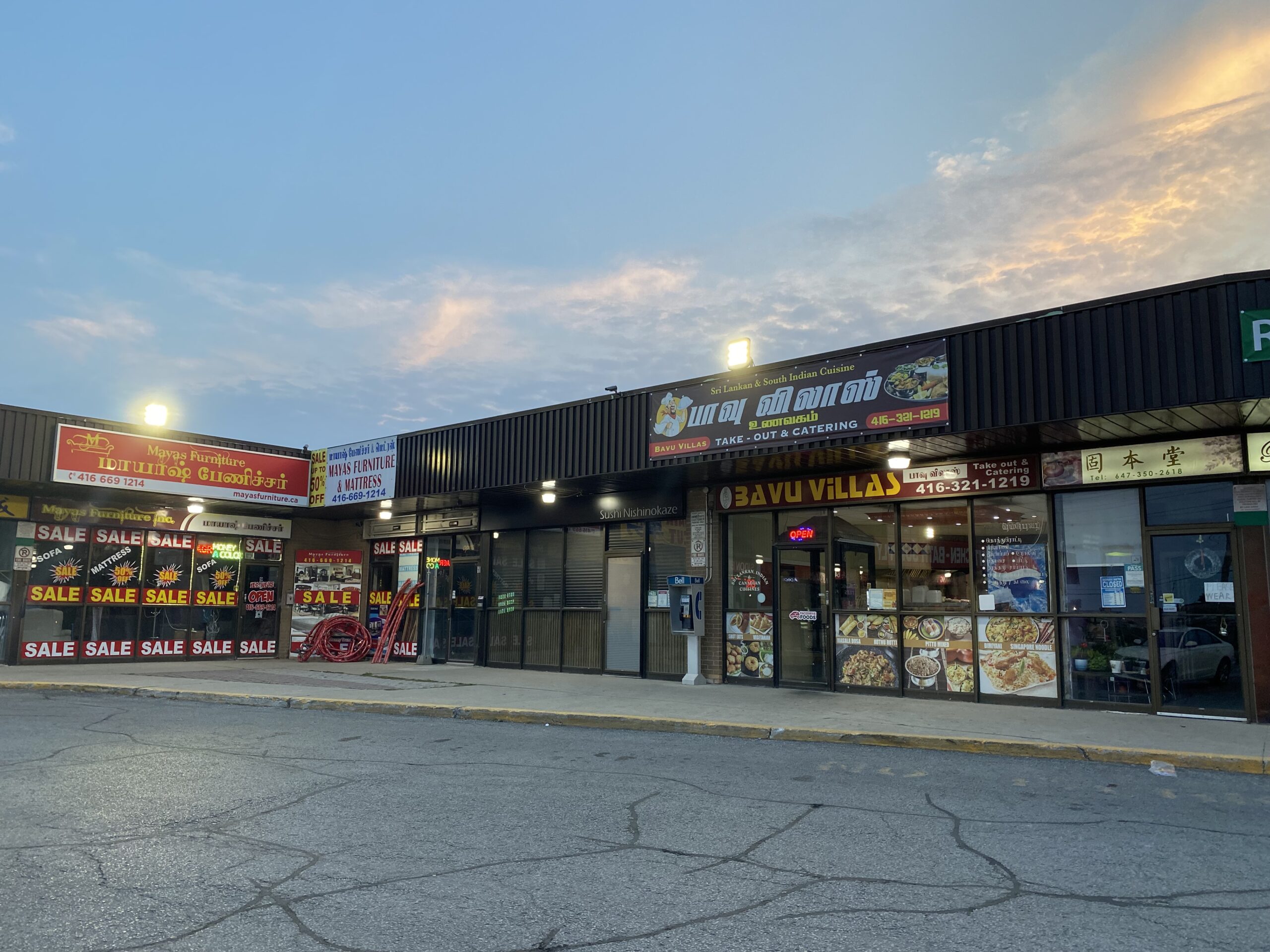 I thought about writing the blurb as “diamond in a coal mine” or “oasis in the desert” or “stepping into the wardrobe to Narnia”  or some other metaphor for finding something beautiful unexpectedly, but that does the plaza and the Bavu Villas Sri Lankan food next door (shout out Colombo) a disservice.

Instead, I’ll say that it’s location reminds me more of Japan than many other sushiya I’ve been to. If you’ve been to Japan, you’ll notice that great restaurants can be found in the most inconspicuous of places. Office buildings, under train tracks and of course – as you might know with Sukiyabashi Jiro, but shout out Umegaoka Sushi-no-Midori also – subway stations

The beauty of those places is in the surprise. Even if you’re expecting it.

And walking in to Sushi Nishinokaze certainly gives of that vibe. My dad – whose idea of a good time is sitting at the bar at the Morton’s steakhouse in whichever random town he’s visiting, then complaining about the service – was impressed. “It’s like stepping into Tokyo” he said.

It’s easy to see why. The space is small – a 7 seat, L-shaped counter, with a tight squeezed walking area, dimly lit with focused lights on the counter. Straight out of a book. 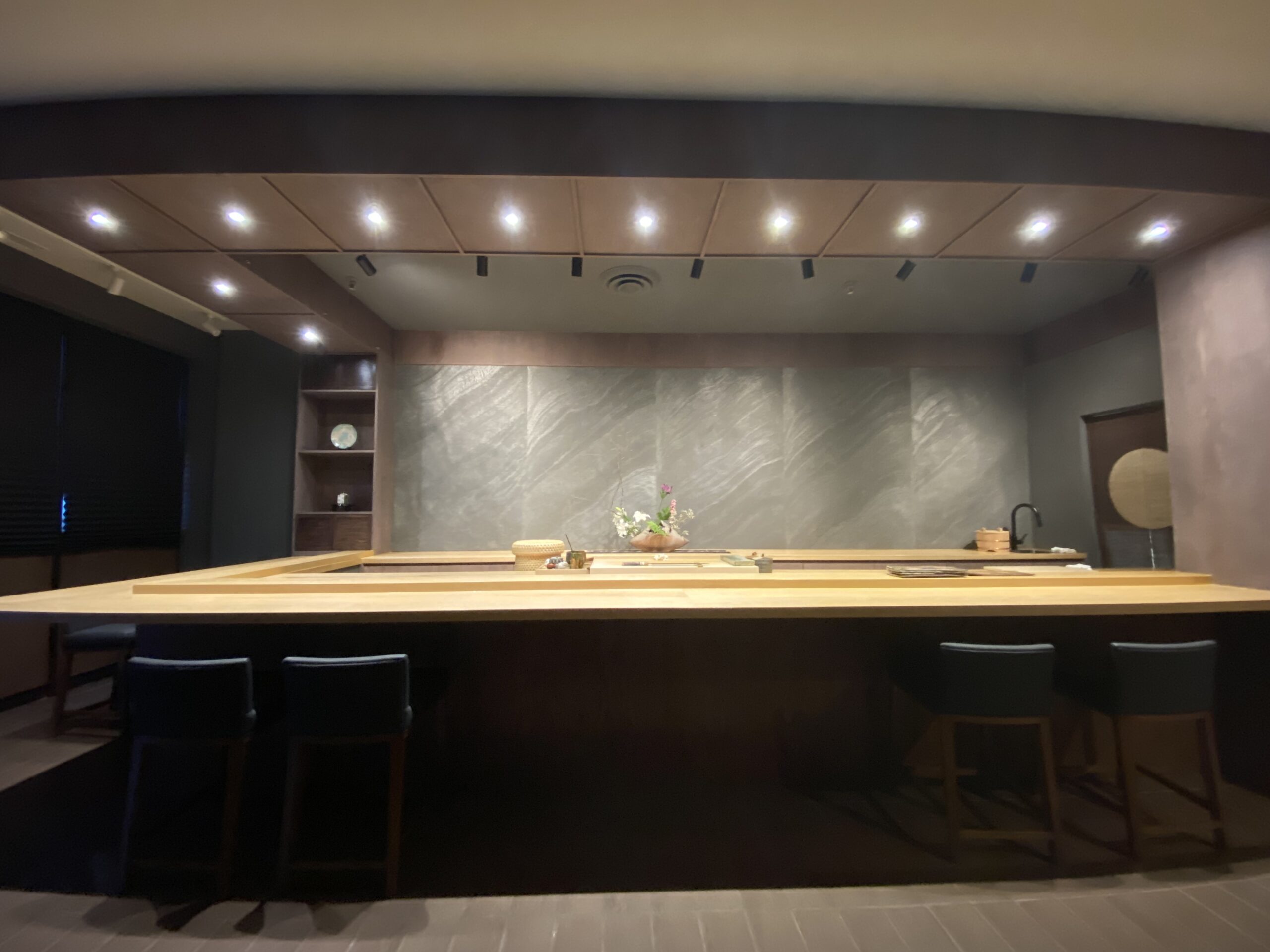 The Itamae at Sushi Nishinokaze is Vincent Gee. That name may not mean much to you, but his story should. A young vet of the Toronto sushi scene – Shoushin, etc – Gee branched out on his own with Sushi Nishinokaze in late 2019. You know what happened next.

Like many high-end sushiya, Gee tried to make due with takeout, but nigiri was a challenge; for many itamae, nigiri should be served and eaten right away. Serving it to-go adds time and transit to the equation, two not very nigiri-friendly things. Case in point – my experience at NYC OG Sushi Yasuda.

Gee settled on Bara-chirashi, but prepping rice and neta to his desired quality for a limited number of orders each night was a logistical and financial challenge. So he waited, all the way until July 2021. I visited in August 2021, and things were in full swing. 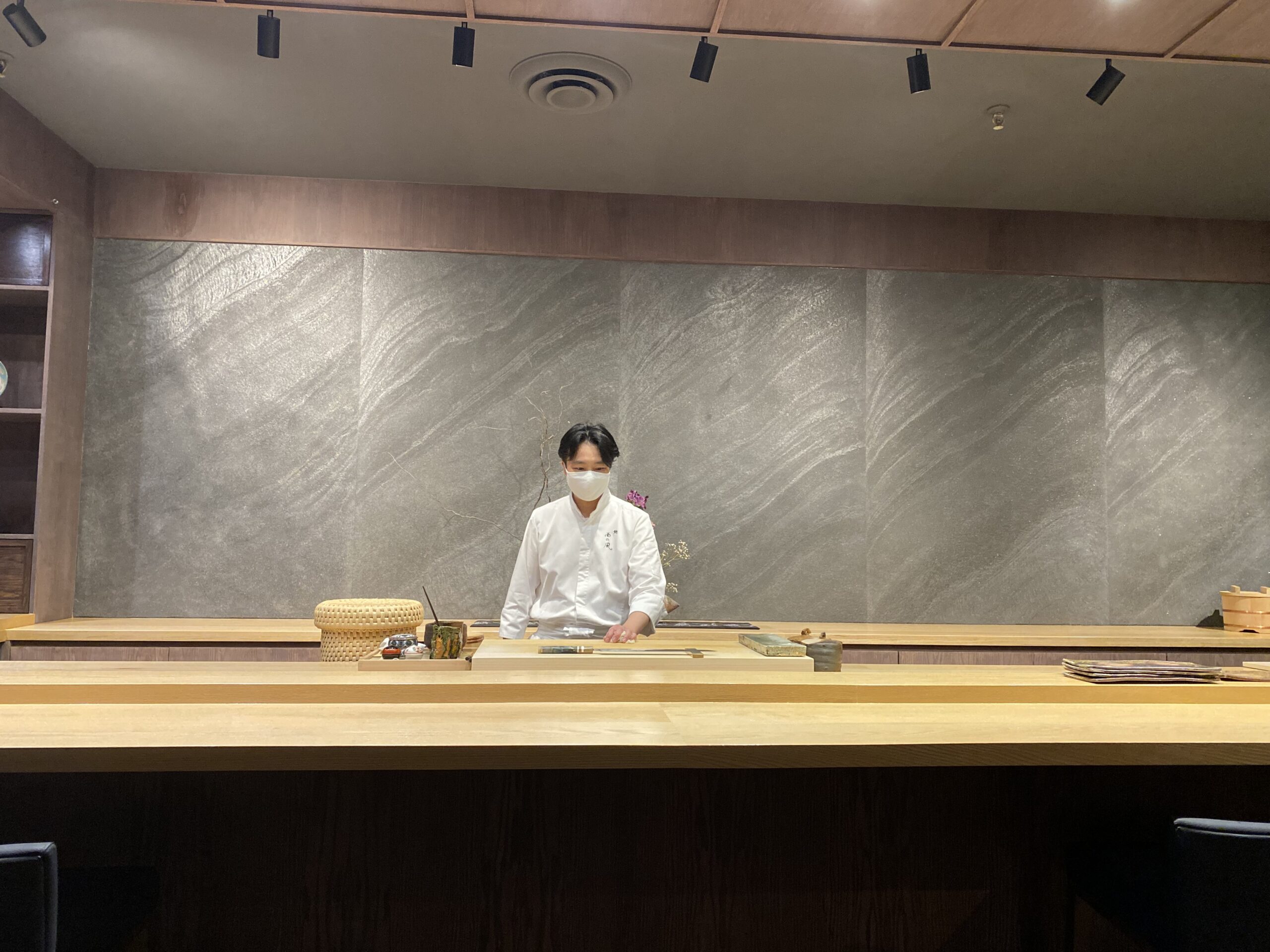 A chef passionate about what he serves

I mentioned “Desired quality”. That’s a key phrase, because I can’t remember meeting an Itamae so enthusiastic about their Omakase. Each nigiri is accompanied by a detailed explanation from the chef on his sourcing and technique. If you’ve eaten at enough of these places, you’ve probably encountered diners who pepper the obviously busy chef with questions on the family tree of each Neta. None of that is necessary here.

When we visited in August, the $150 Omakase stretched to 17 courses, including 10 nigiri. Of course, that’s subject to change based on seasonality and Gee’s whims.

Regardless of what’s served, there is care and technique developed from years of work and passion. As you scroll pictures and descriptions of the full omakase below, I’ve highlighted a few courses (among many) that I was particularly impressed by. 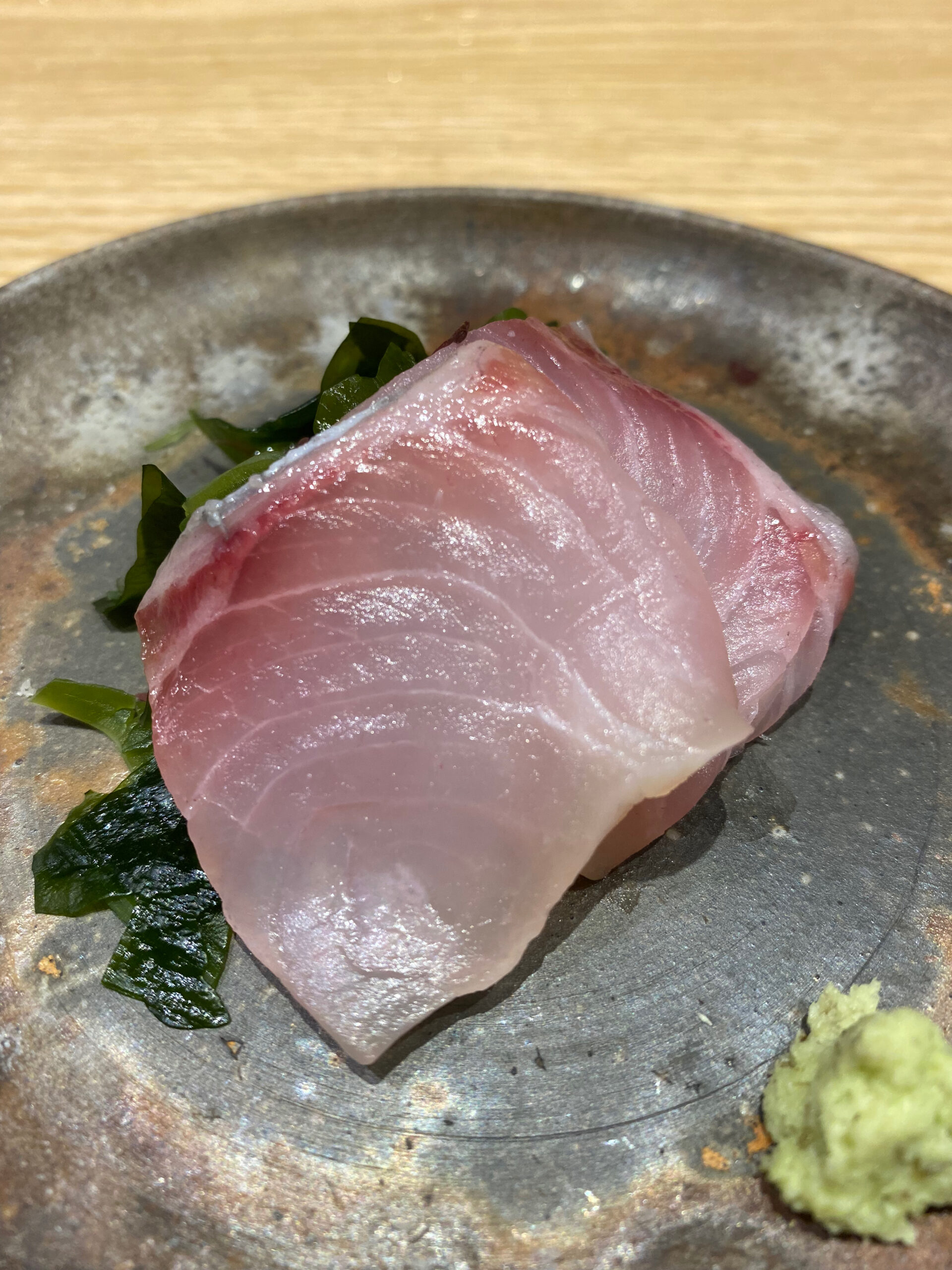 1: Hiramasa, aged 9 days and served with kelp and kombu salt 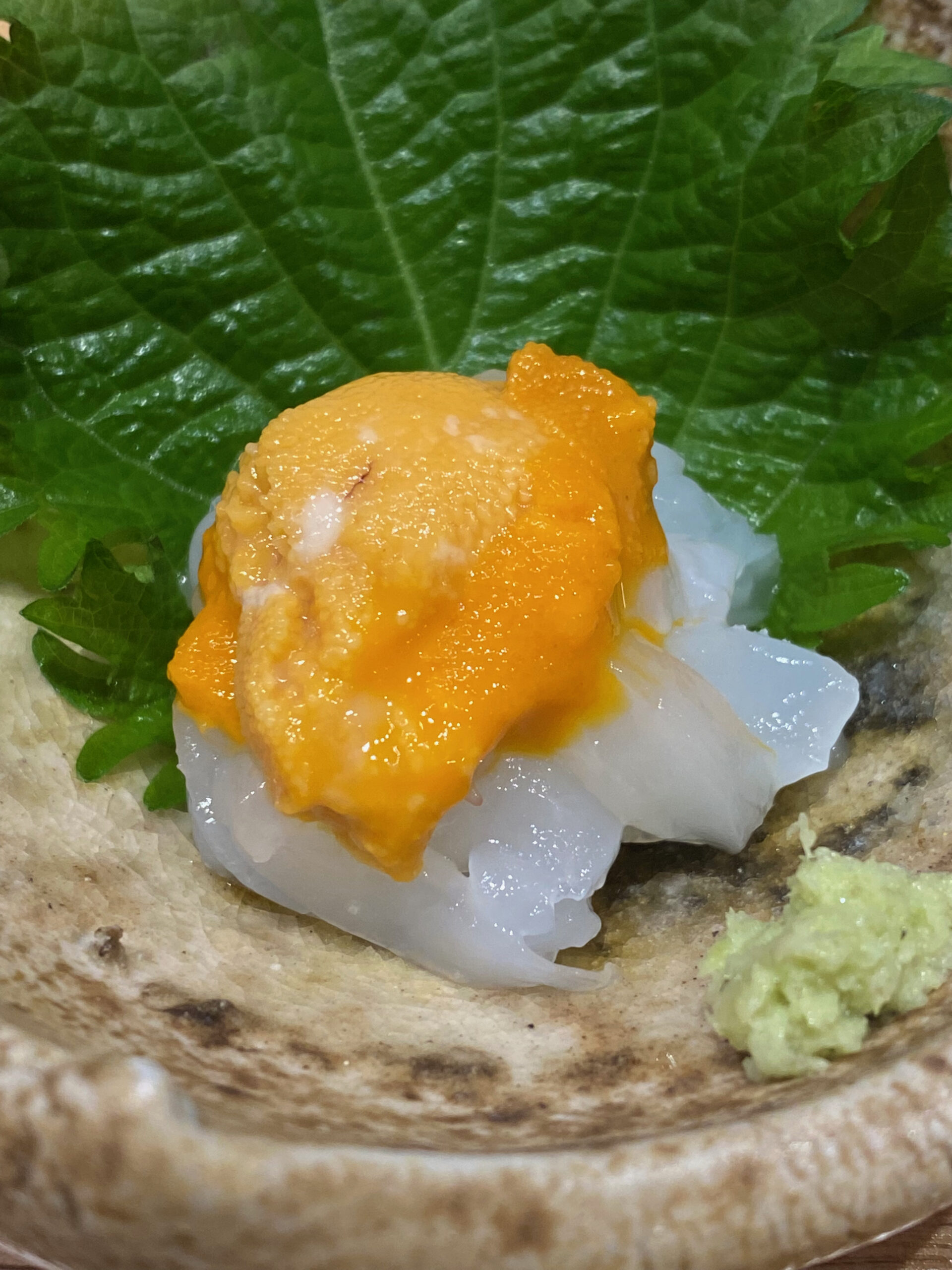 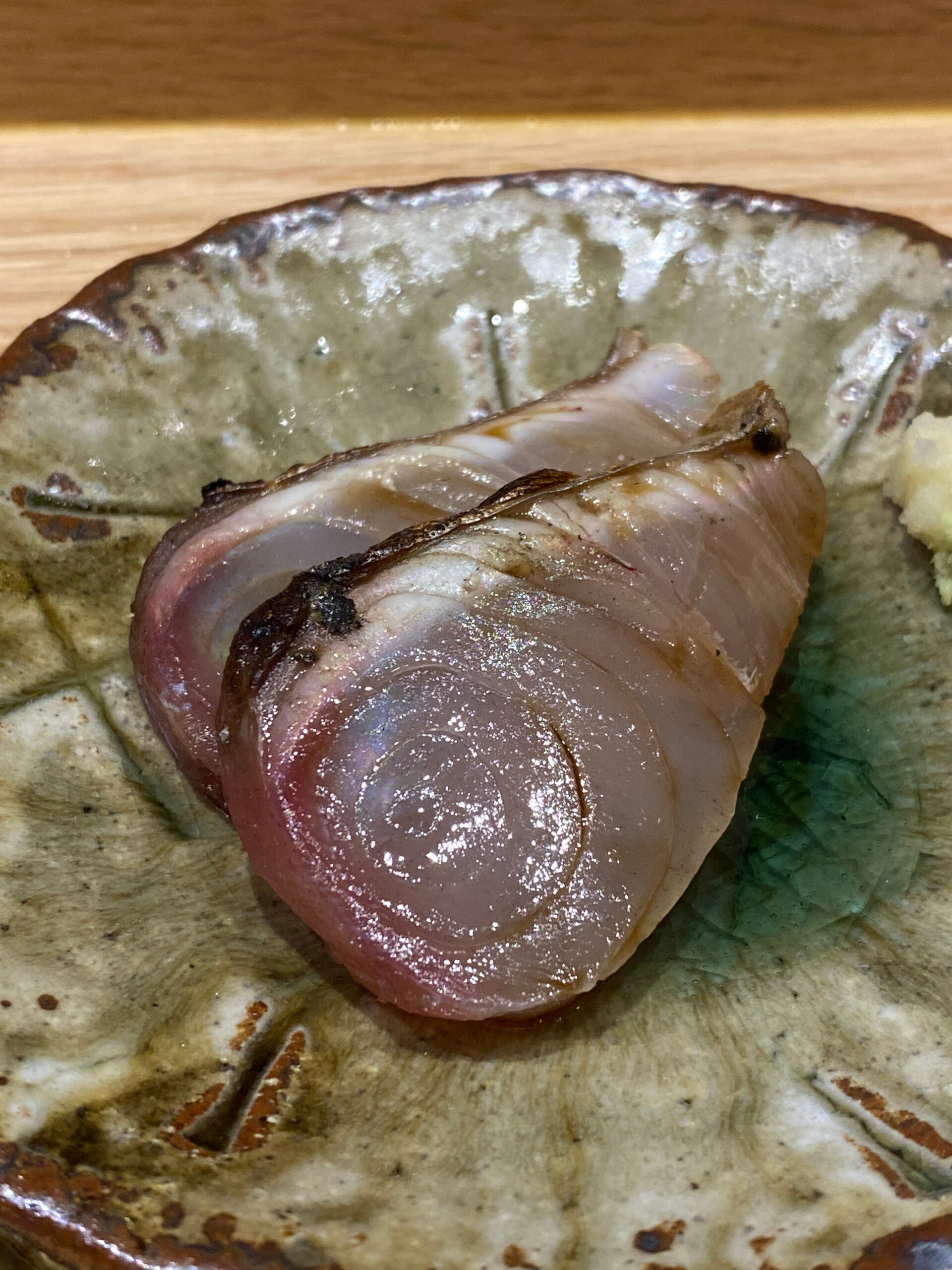 Hands up if you’ve seen a blowtorch used at a sushiya. Those babies – filled with chemicals – have become ubiquitos. Why? For the same reason parents give their kids tablets to play with. Yeah, it’s probably not great for them, but it works. Fish gets a little extra Umami from the melt while still avoiding the chewy taste of cooked fish that we all hated as kids.

Gee accomplishes this goal using a better, but more complicated, technique centered on Binchotan Charcoal (picture below). As Korin – one of my favourite Japanese knives stores – describes well here, Binchotan adds an extra level of flavor. It also burns for many hours, making it a perfect accessory for dinner service. 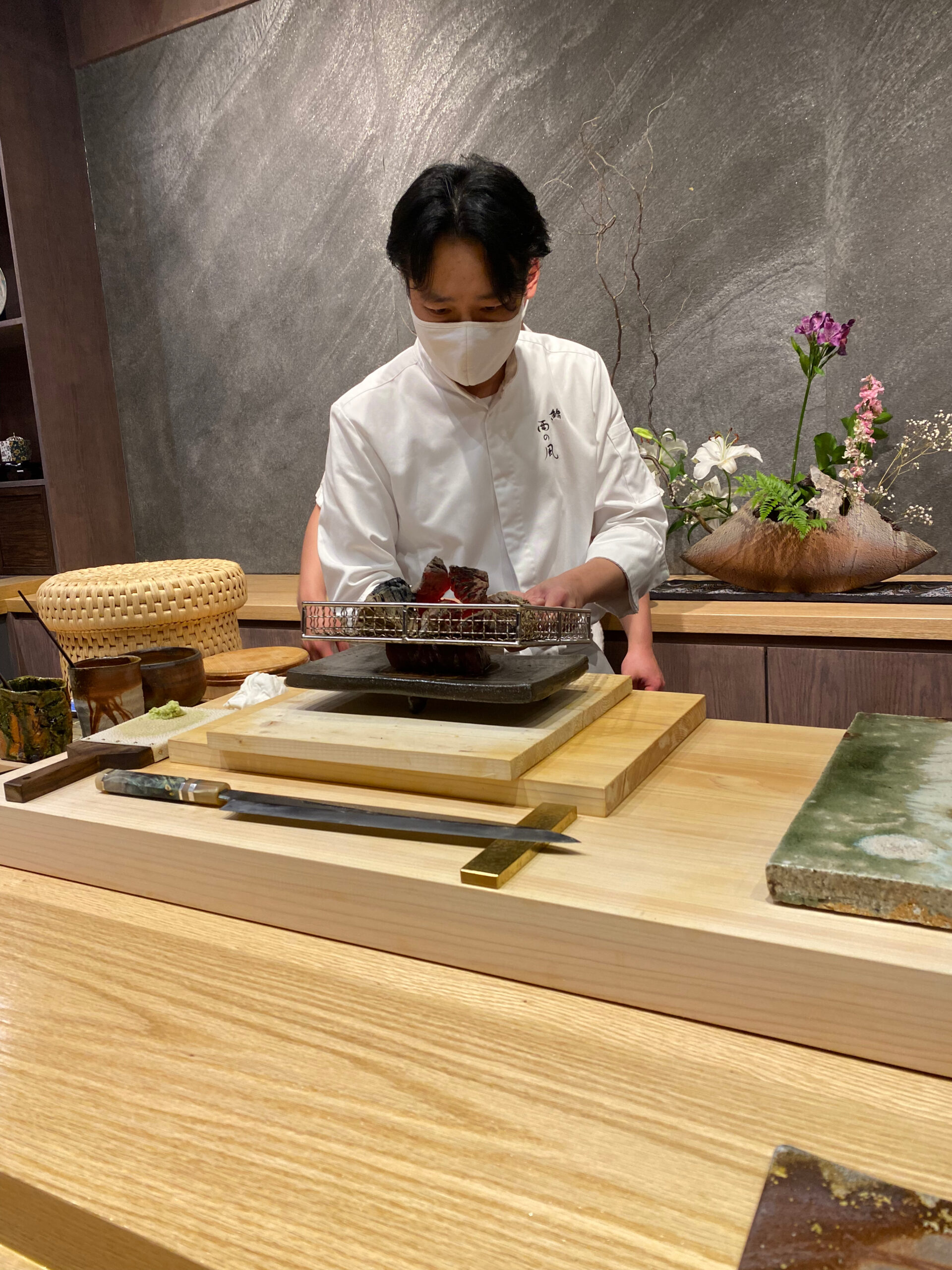 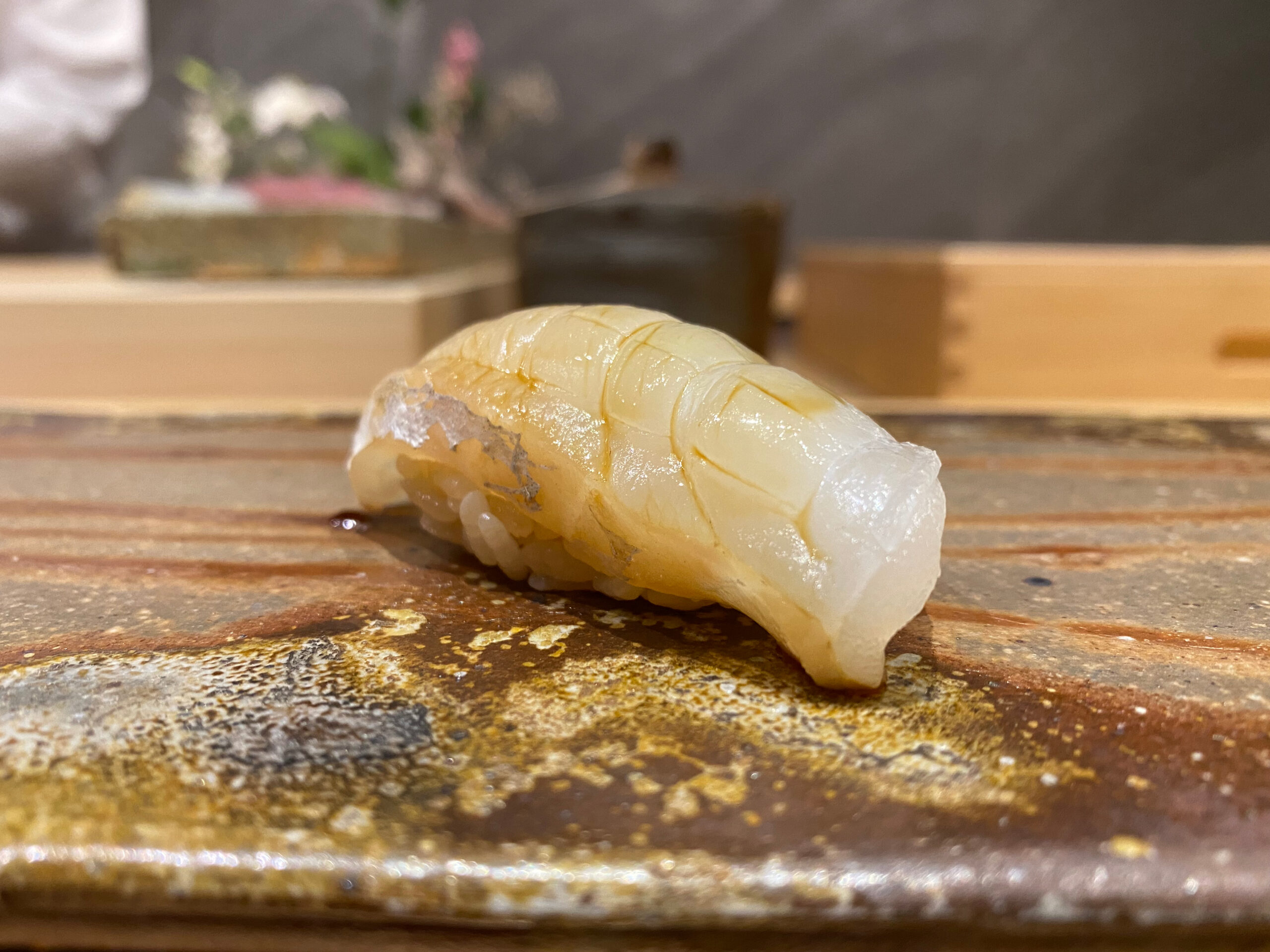 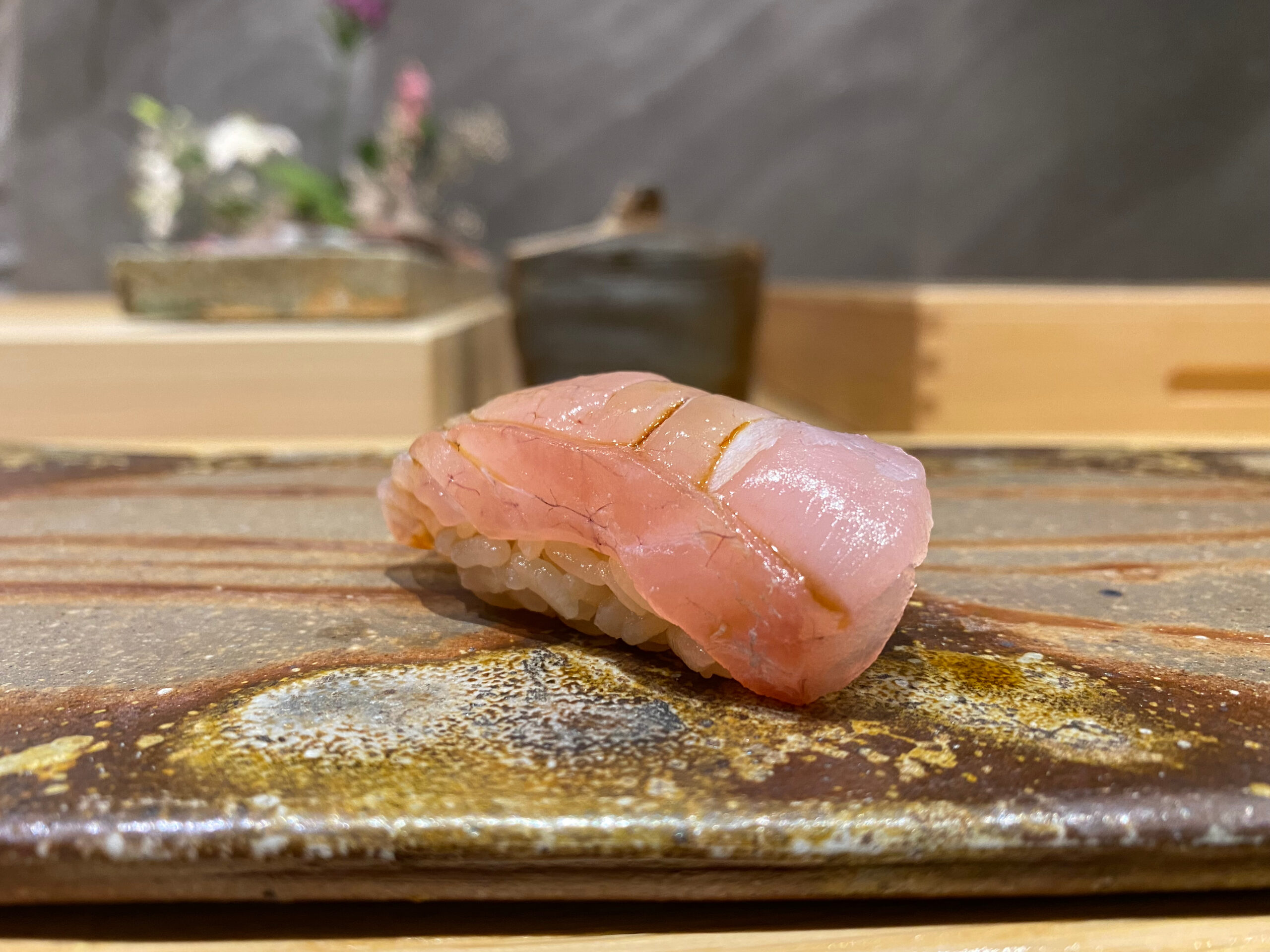 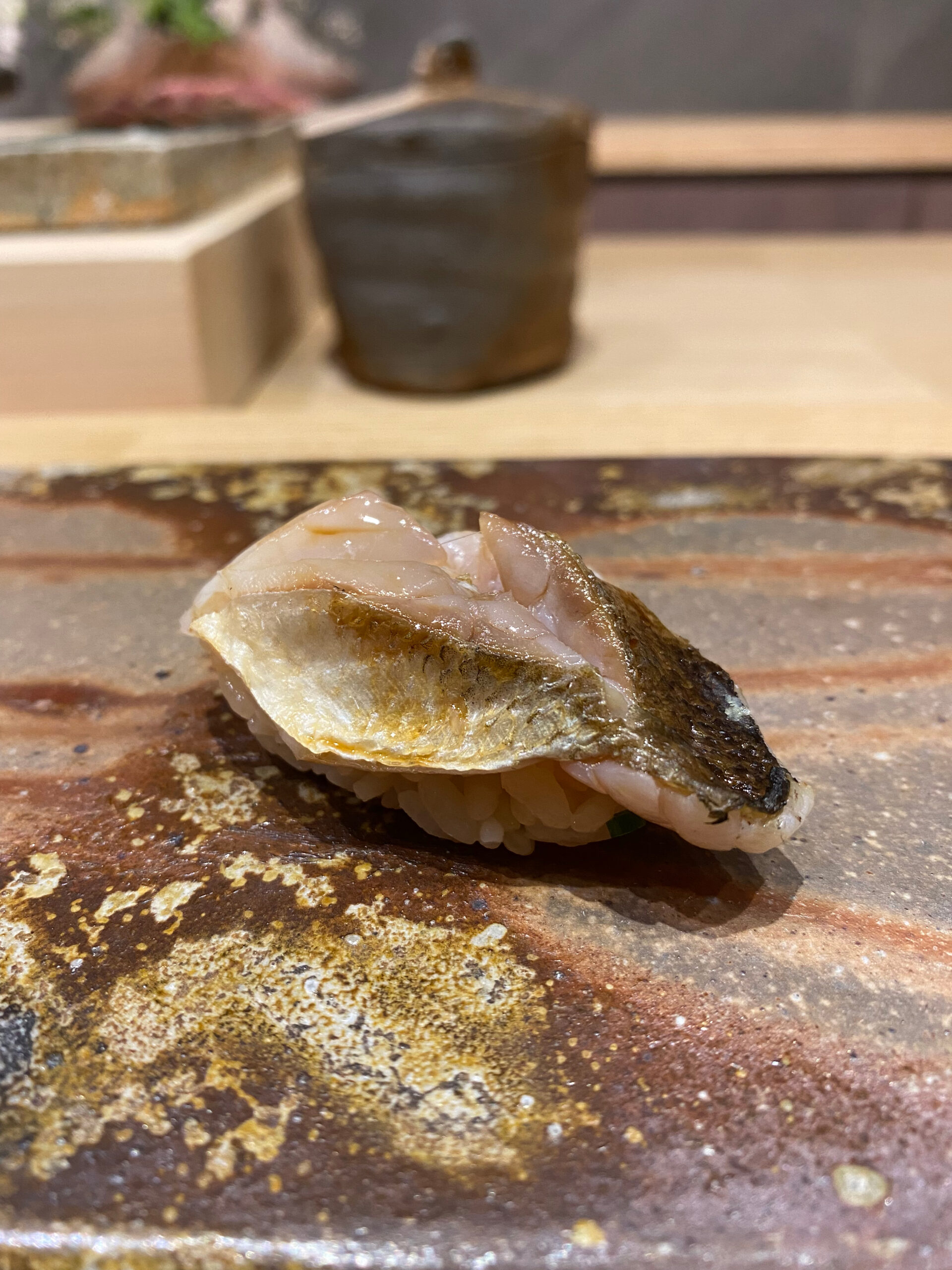 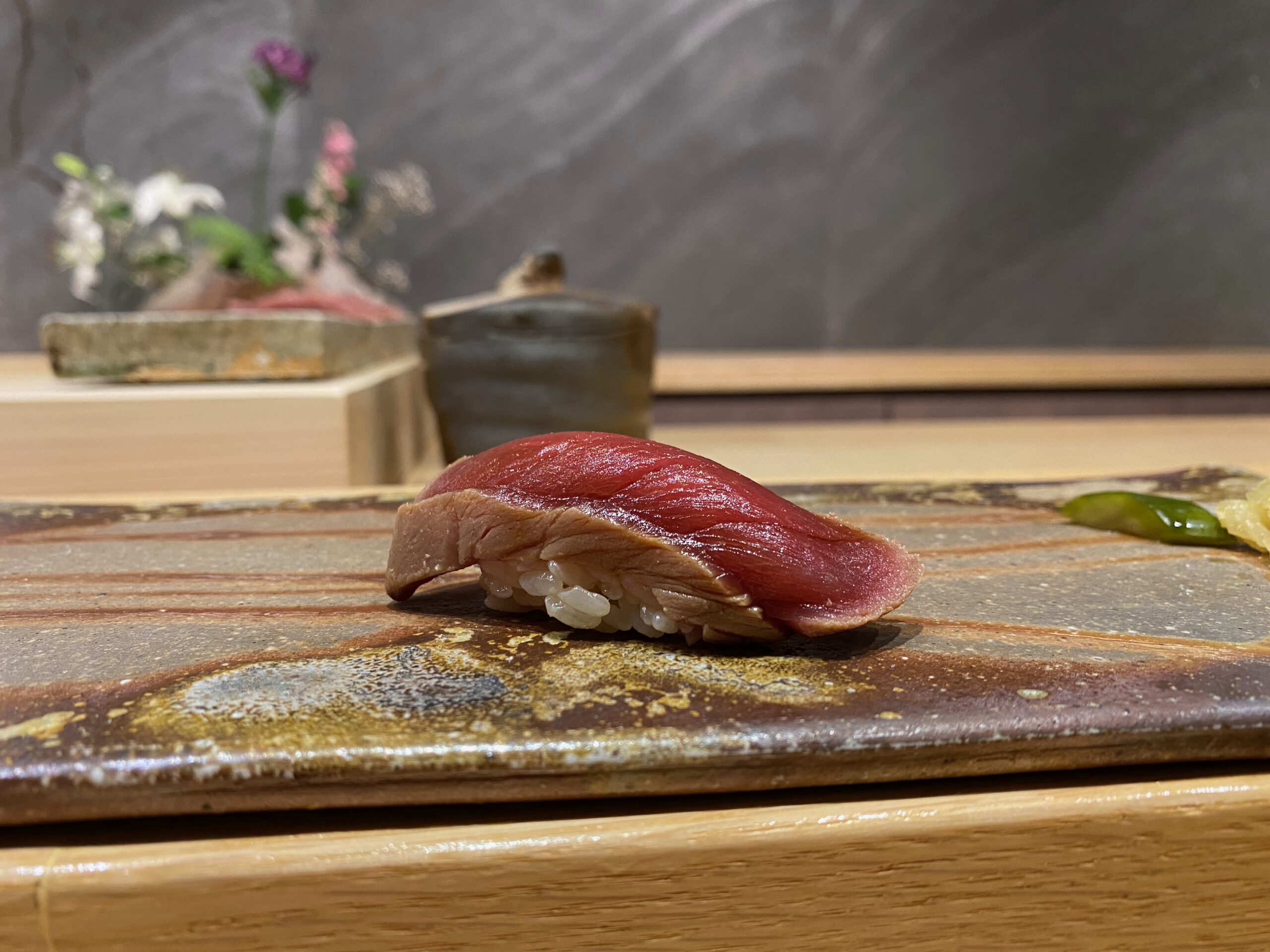 Part of what elevates an Itamae into rarified air isn’t just their behind-the-counter technique, but also their sourcing. That comes from strong connections – which I wrote about with Nakajima-san recently – but also from thinking intelligently. For instance, not every restaurant has to serve Maguro (tuna) from Tokyo Bay. In fact, it’s impractical, from a price, sustainability and reality perspective.

Gee proudly tells us that his Tuna is from Prince Edward Island. It adds an extra flair of Canadiana to our meal. 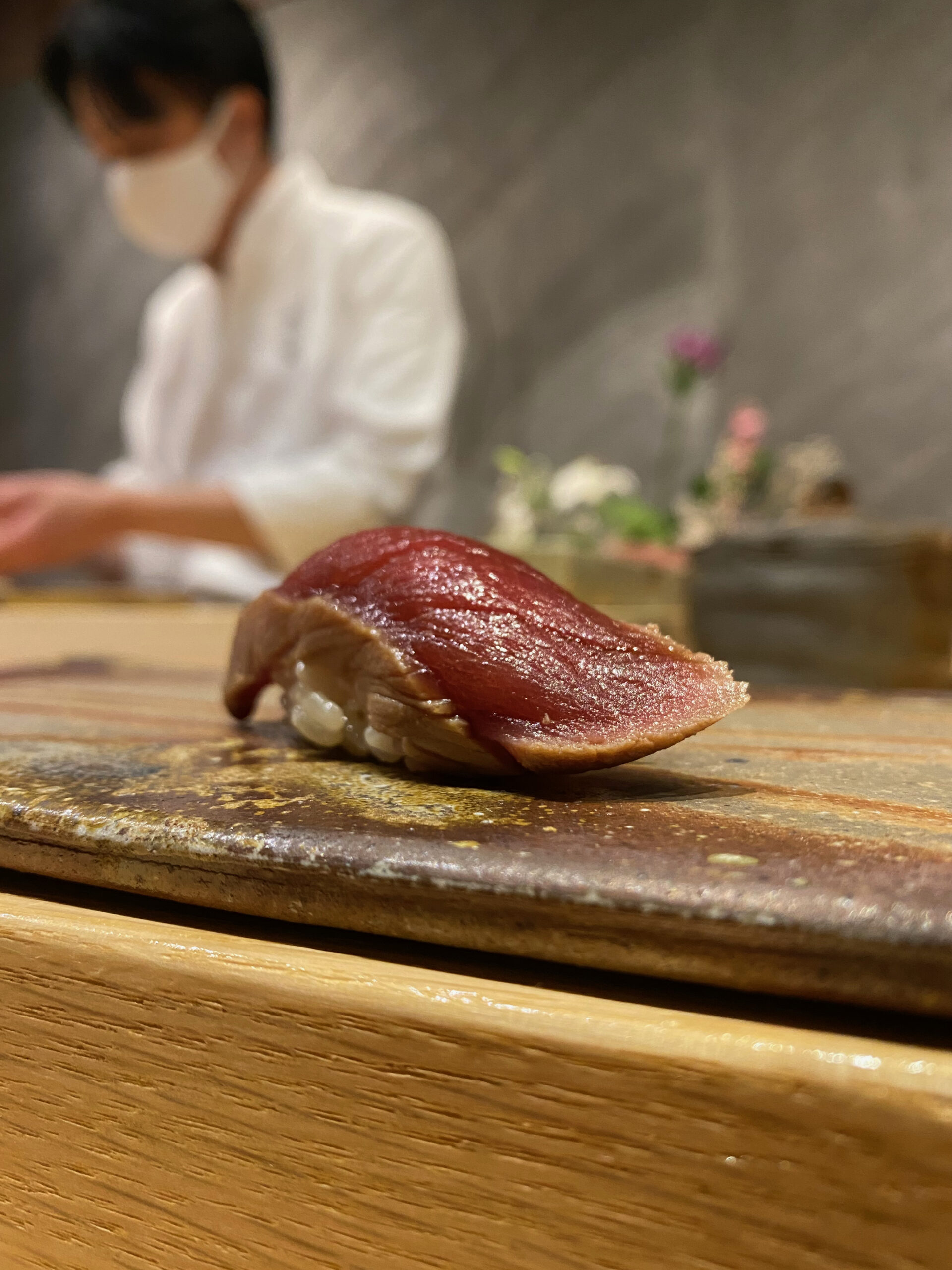 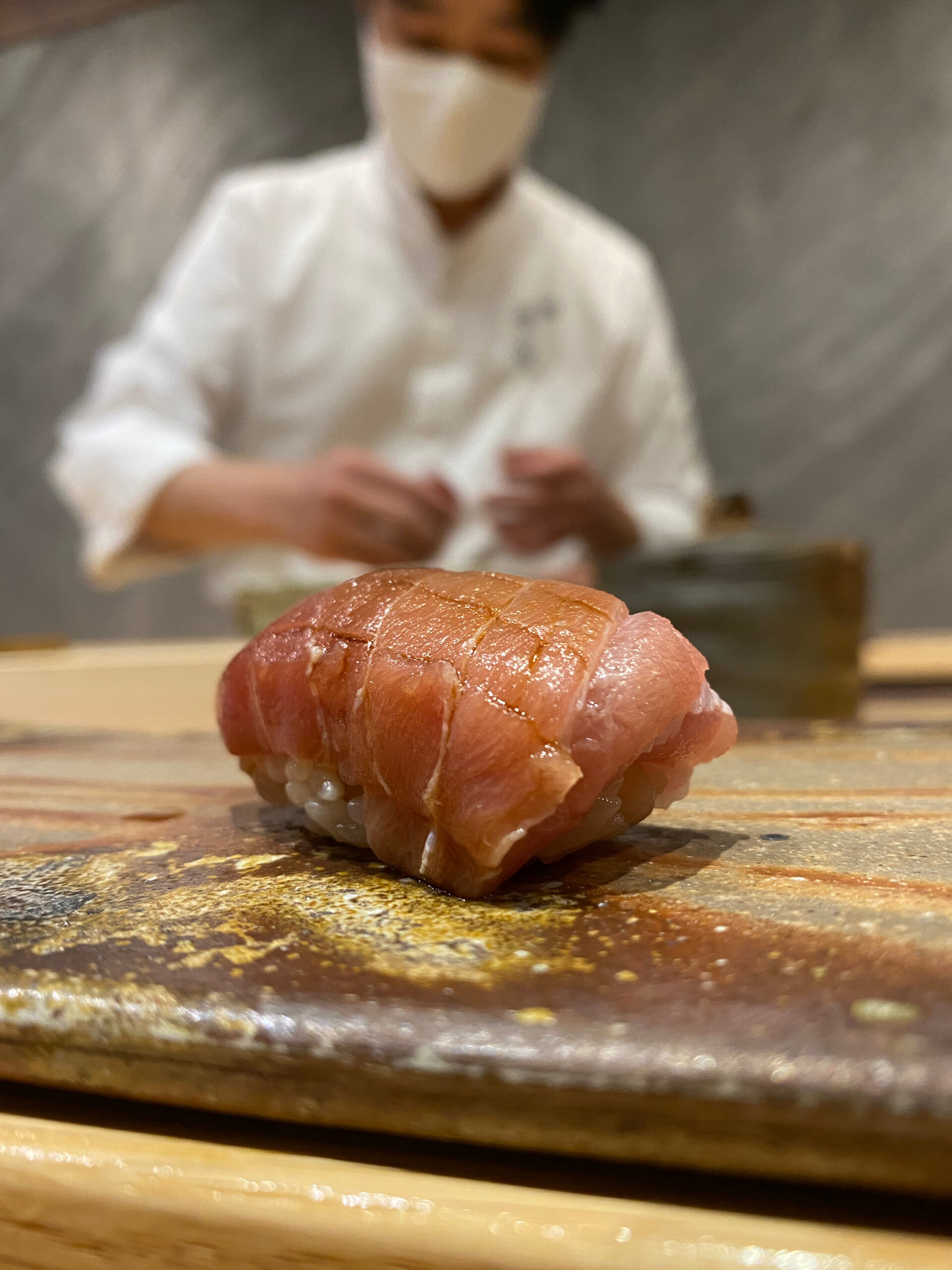 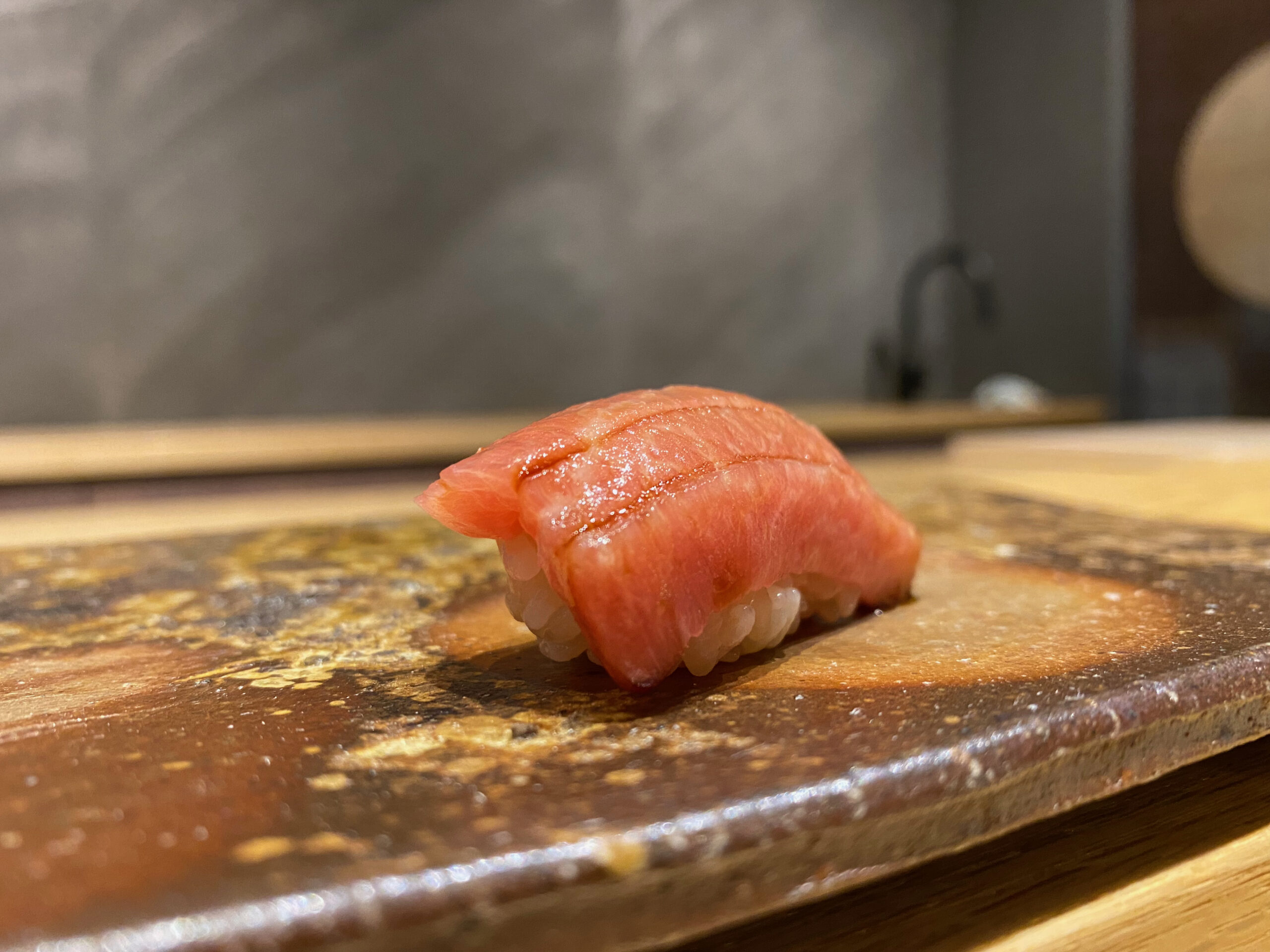 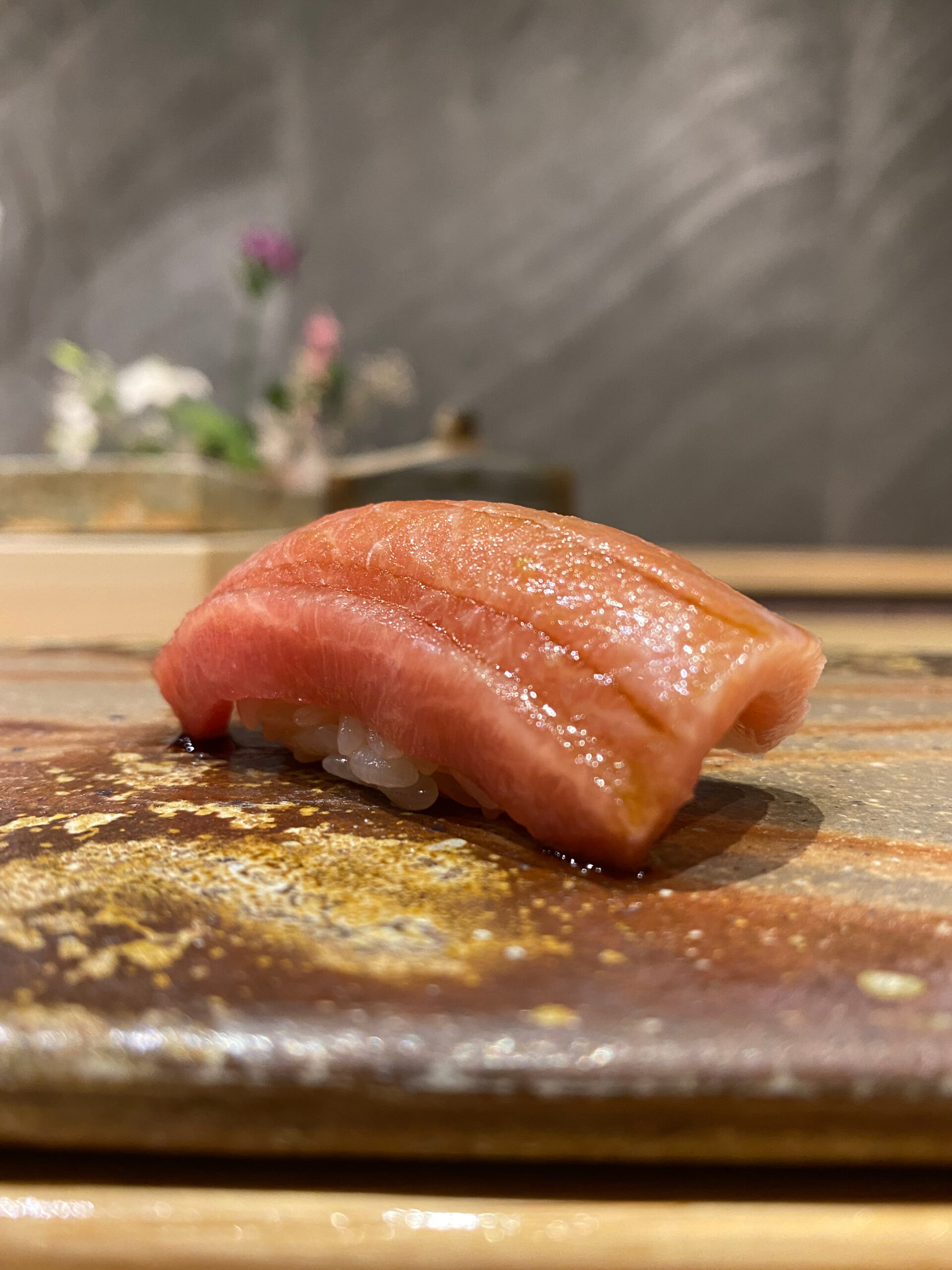 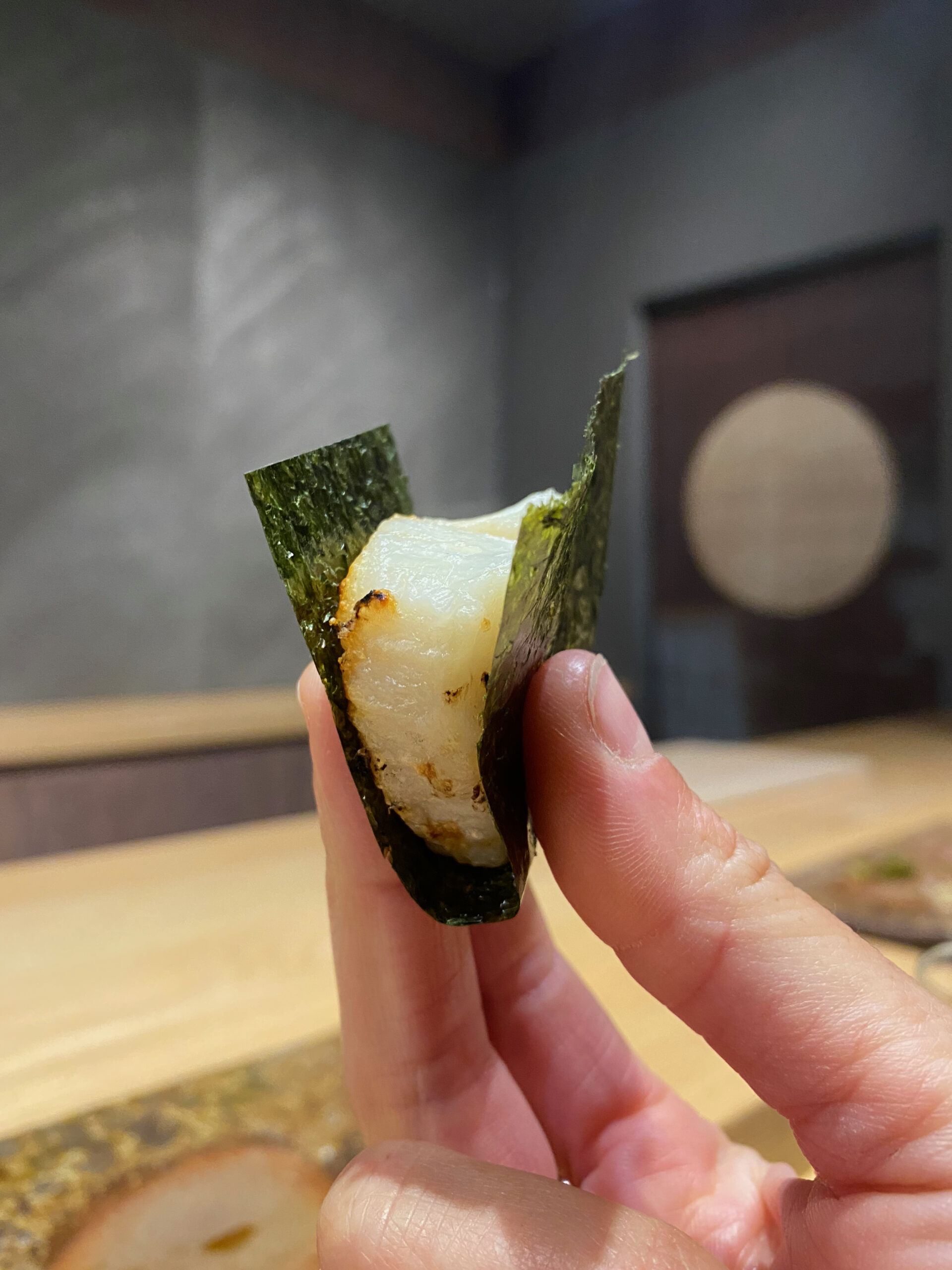 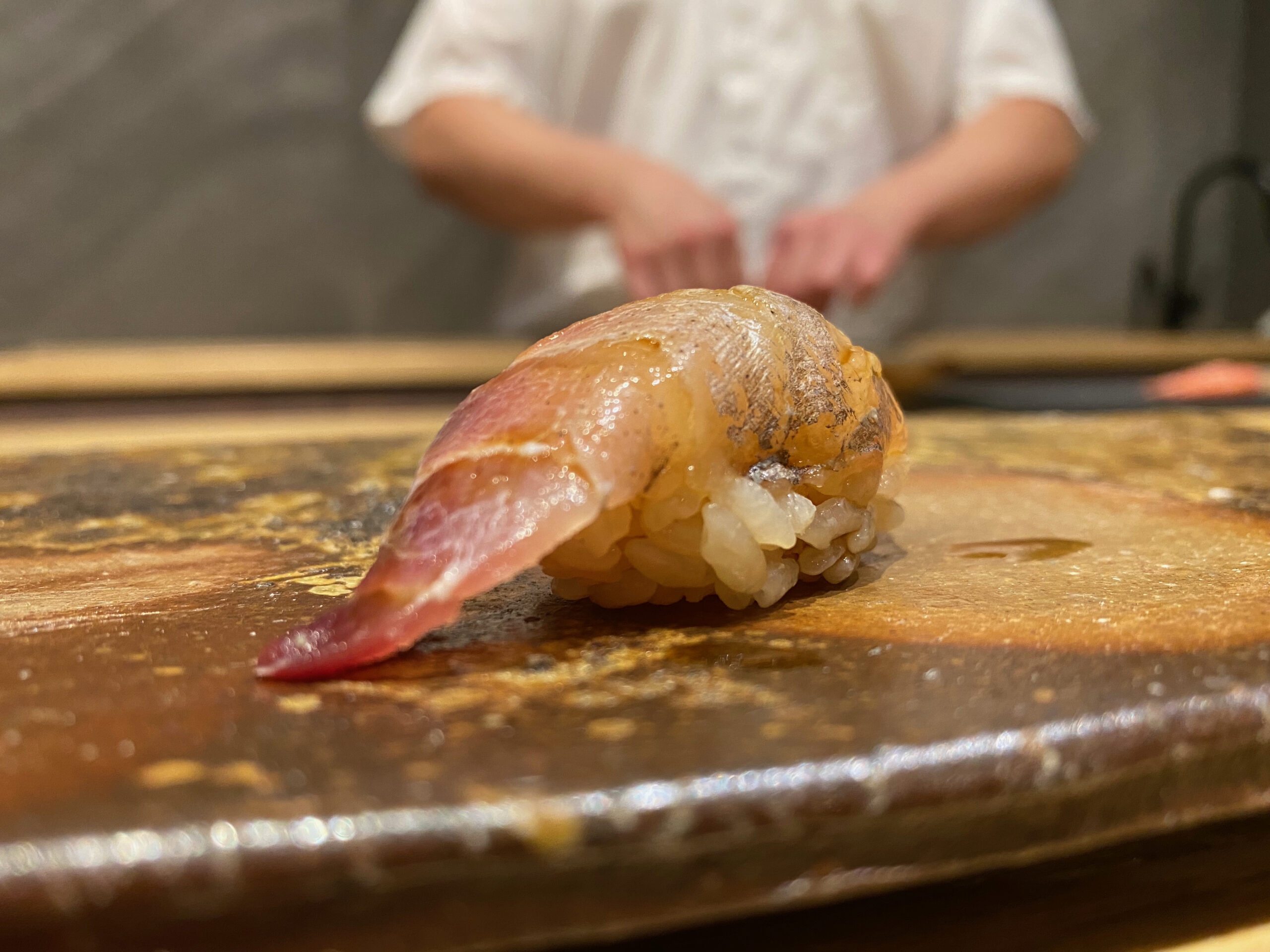 A quick word on the Isaki (Chicken Grunt), because I’m always thrilled to see it on summer menus. 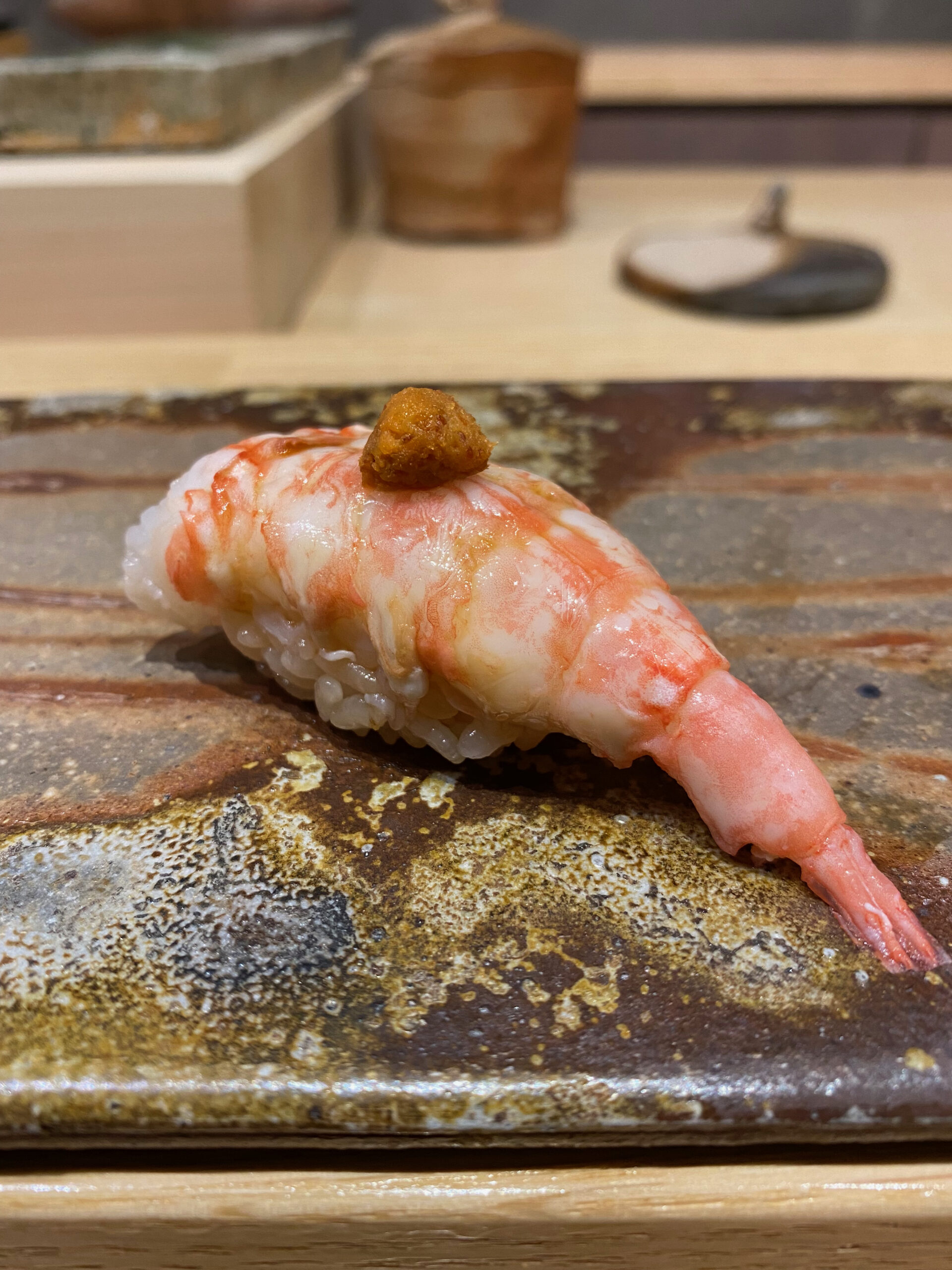 When Gee placed the pink beauty down, he called it Ebi. And while that’s technically true, this isn’t the rubbery, overcooked ebi that you’ve seen at your neighborhood sushiya. Rather, it’s spot shrimp from Seattle, a place that is – you guessed it – famous for the stuff. Be forewarned – it’s only in-season until early September. 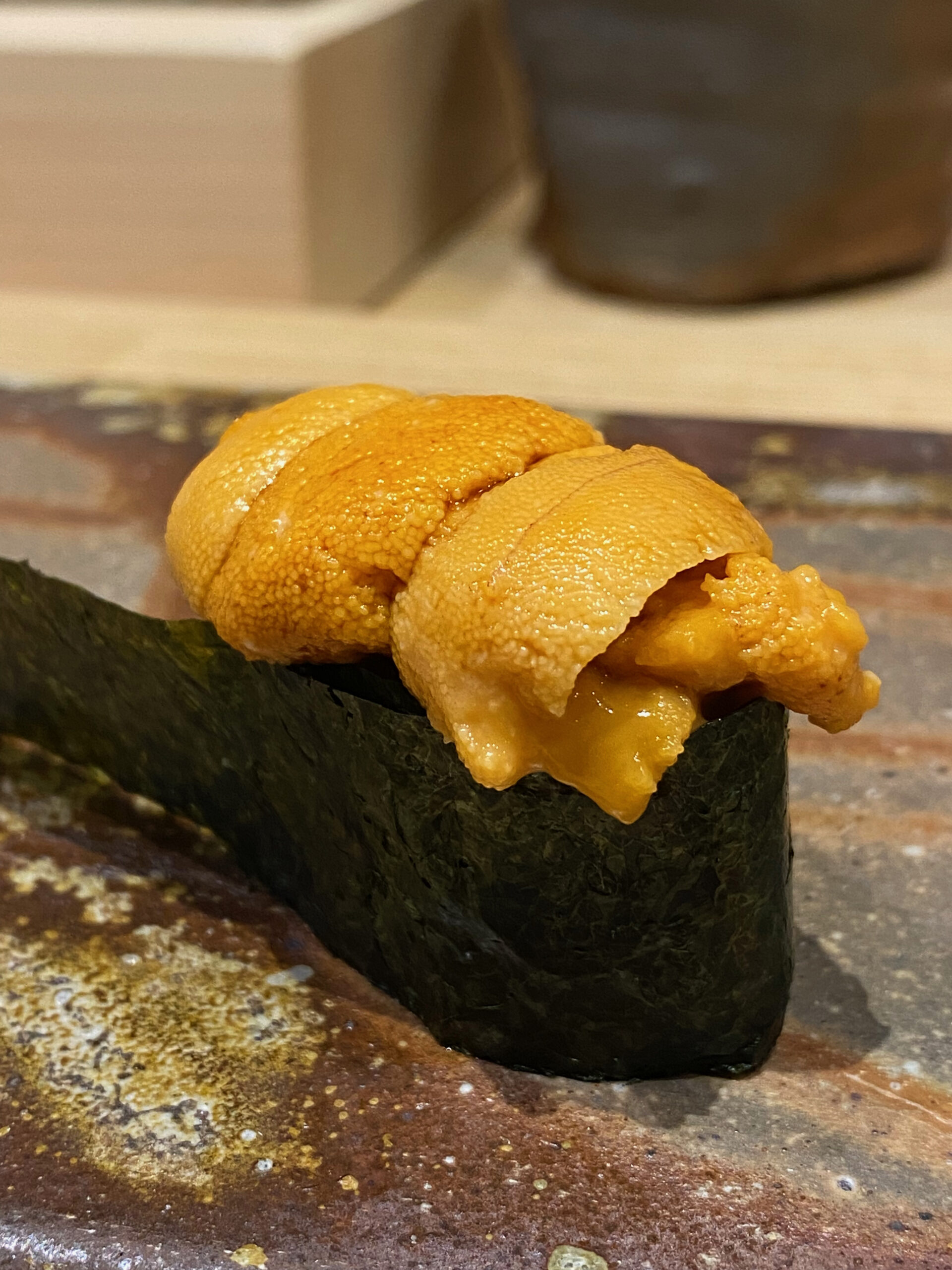 The dirty secret of the Uni game is that many of the “Hokkaido Uni” you’ve been served are processed in Hokkaido, but actually Russian-sourced. Most Chefs won’t give you that nugget either because they don’t know (benefit of the doubt), or they can charge more if they don’t tell you. To his credit, Gee explains the Russian origin right away. Good karma. 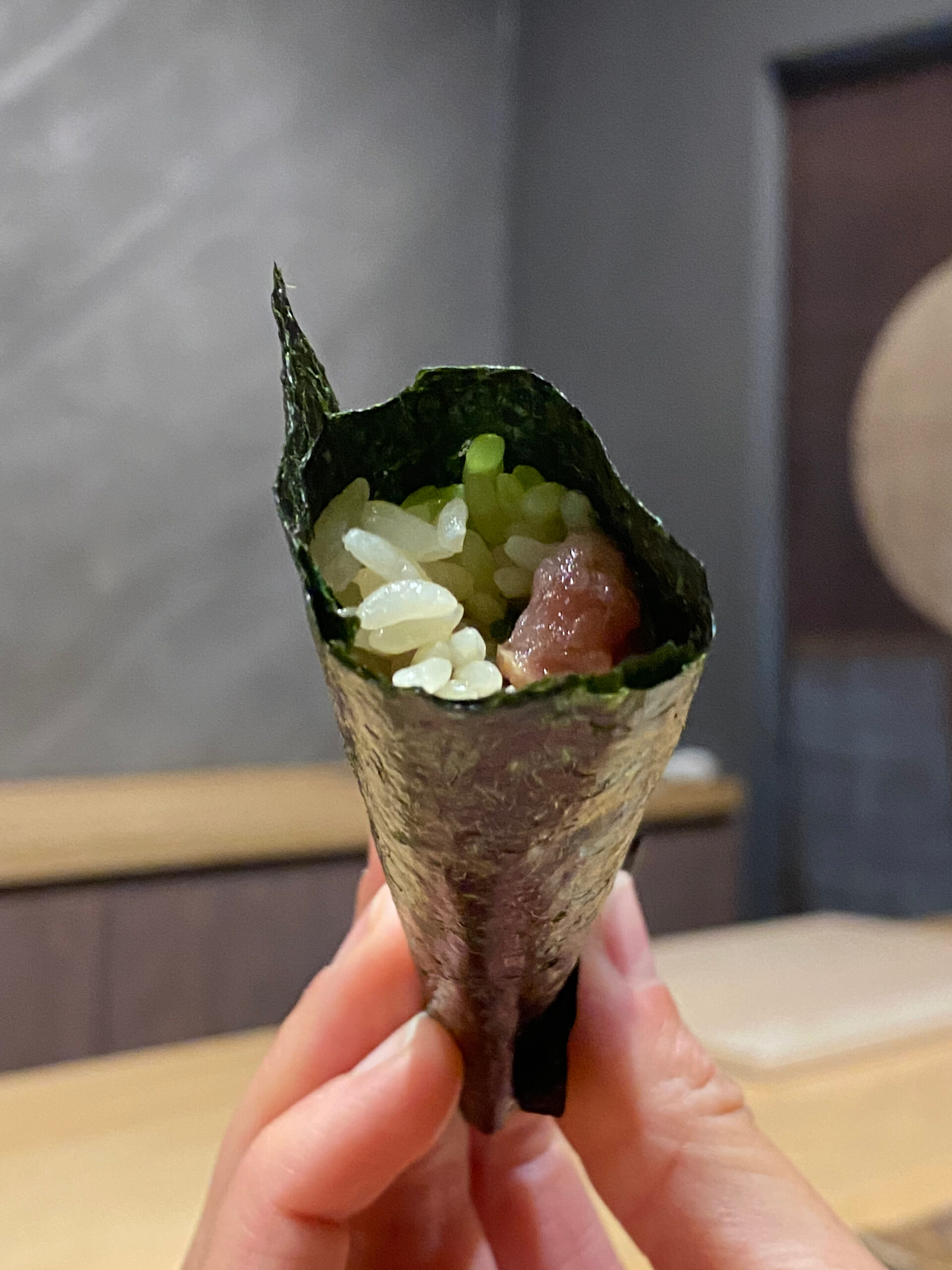 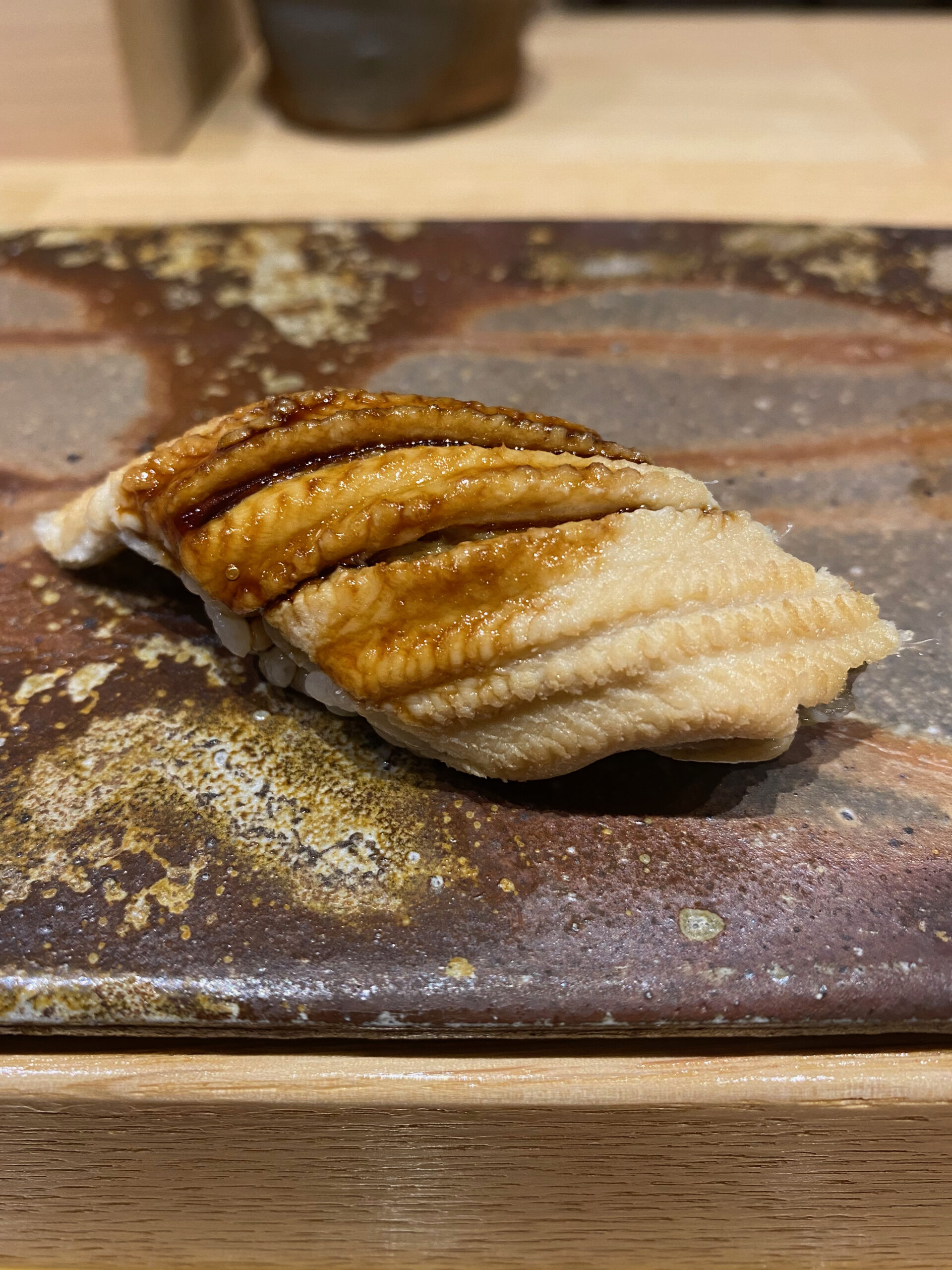 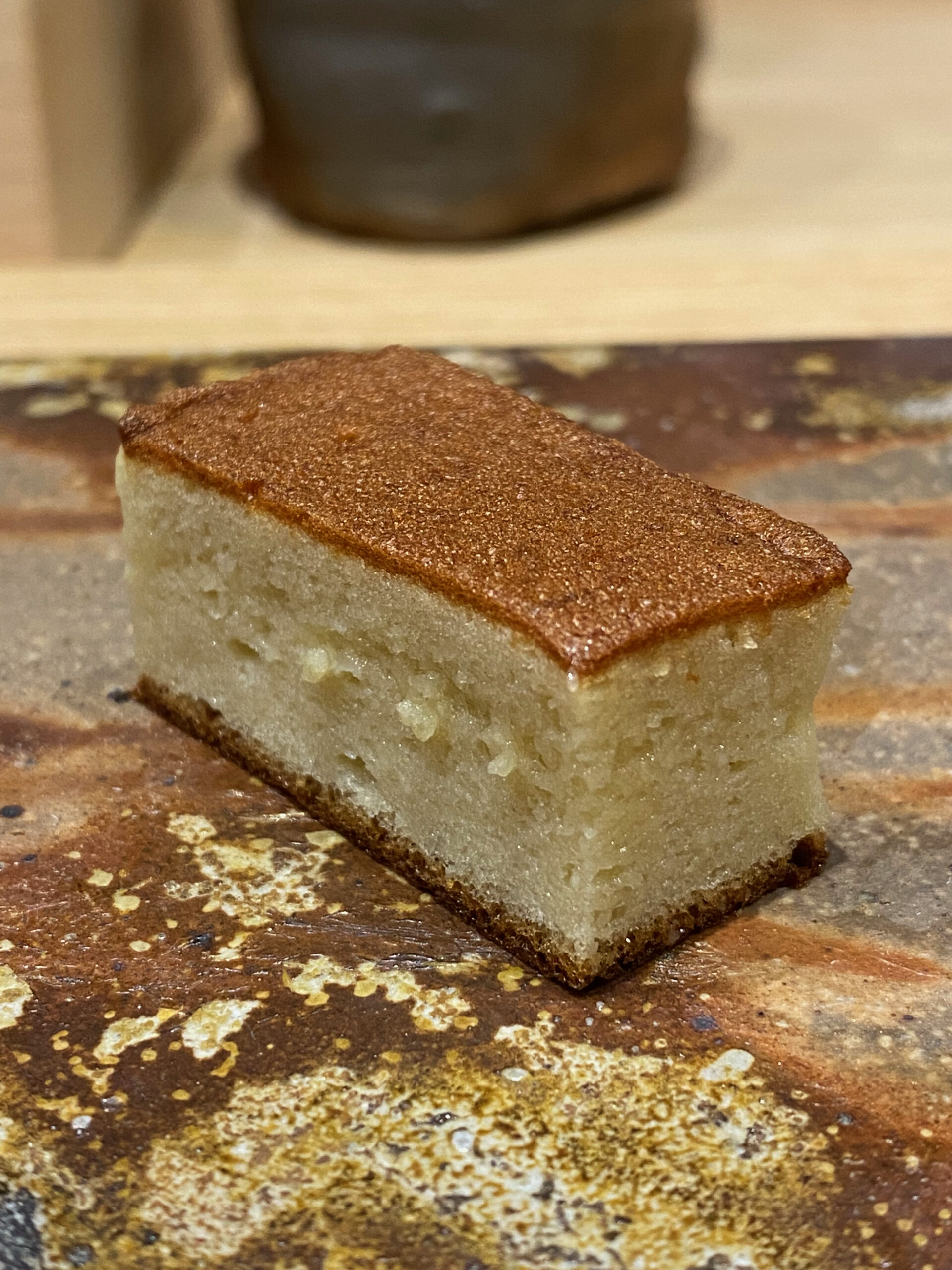 To his credit, Gee also keeps an extensive roster of additionals on hand for the adventurous souls who want something a little different. For example, take a look at the full rundown of nigiri above. Notice anything missing? 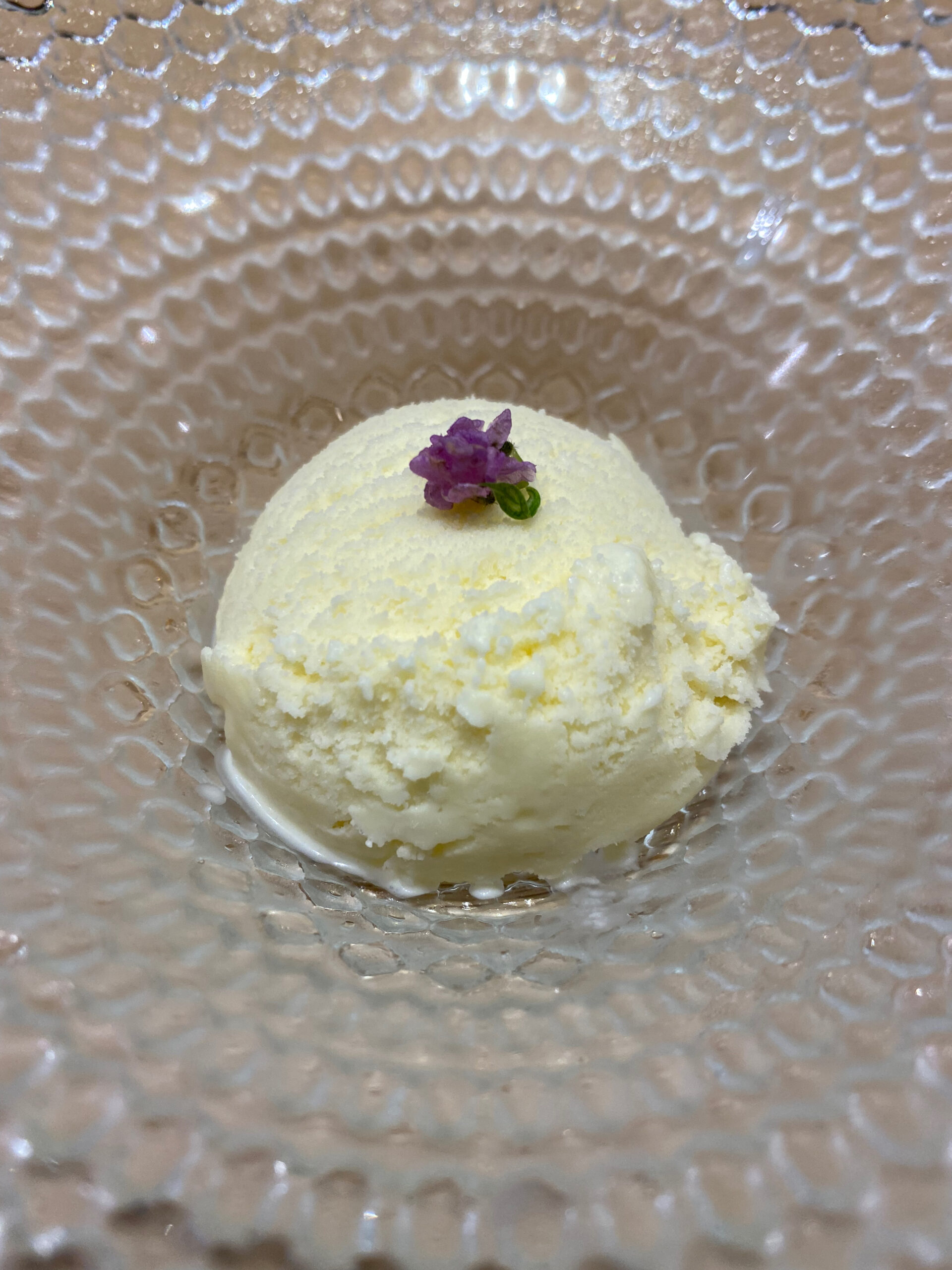 No silver-skinned fish. That’s not to say Nishinokaze doesn’t have it available. After the Omakase ‘ended’, the customers next to us were firing requests out. “Kohada?” rang out twice. Satisfied customers, clearly, so it’s available, and Gee is happy to serve it.

This is not just one of the best sushiya in Toronto, It’s one of the best restaurants, period. For someone so polite, and yet so serious about his craft as Gee is, it’s well deserved.

Ps: for the sake lovers out there, ask for the below.

Thank me by subscribing to my newsletter here. 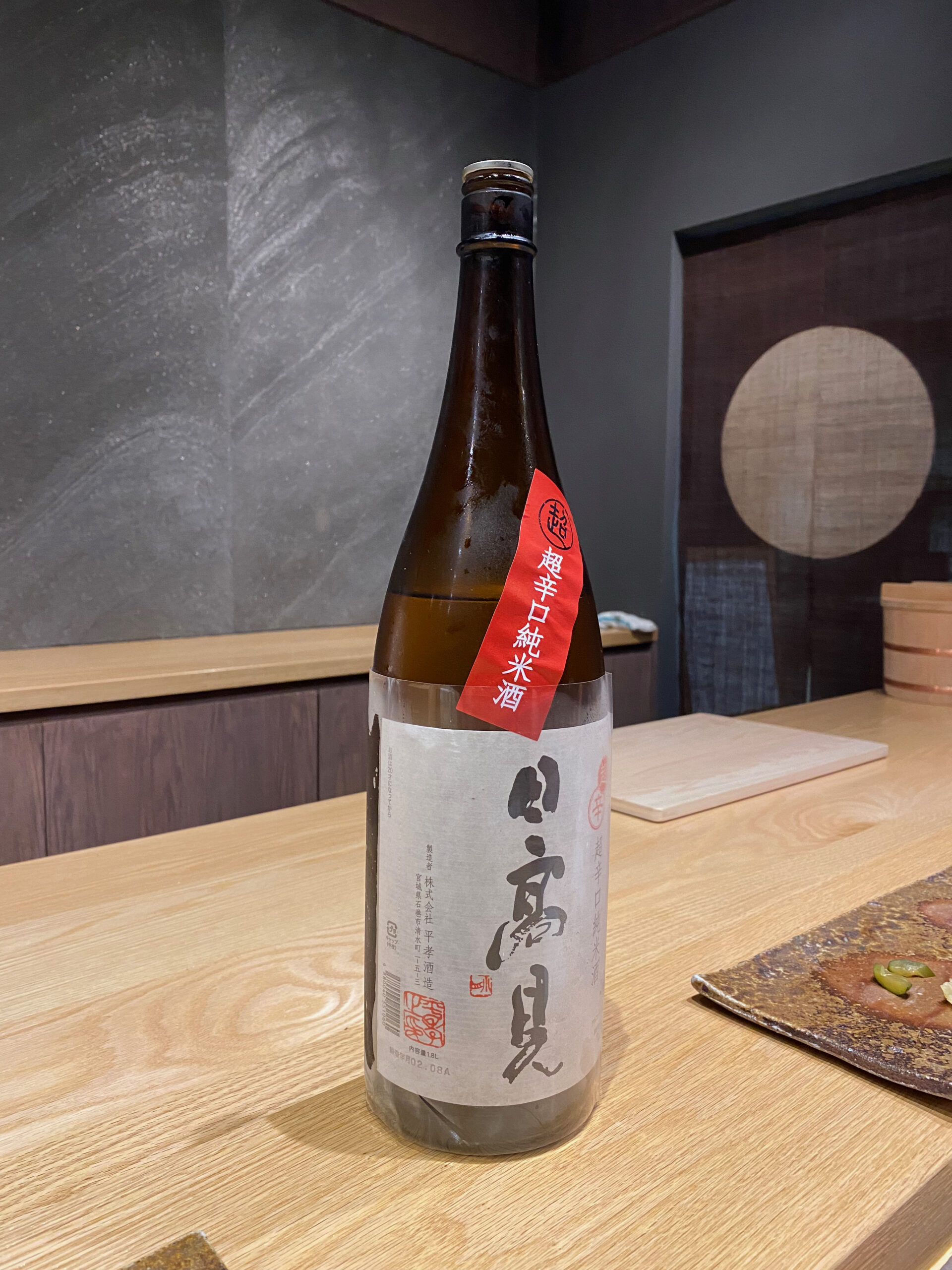 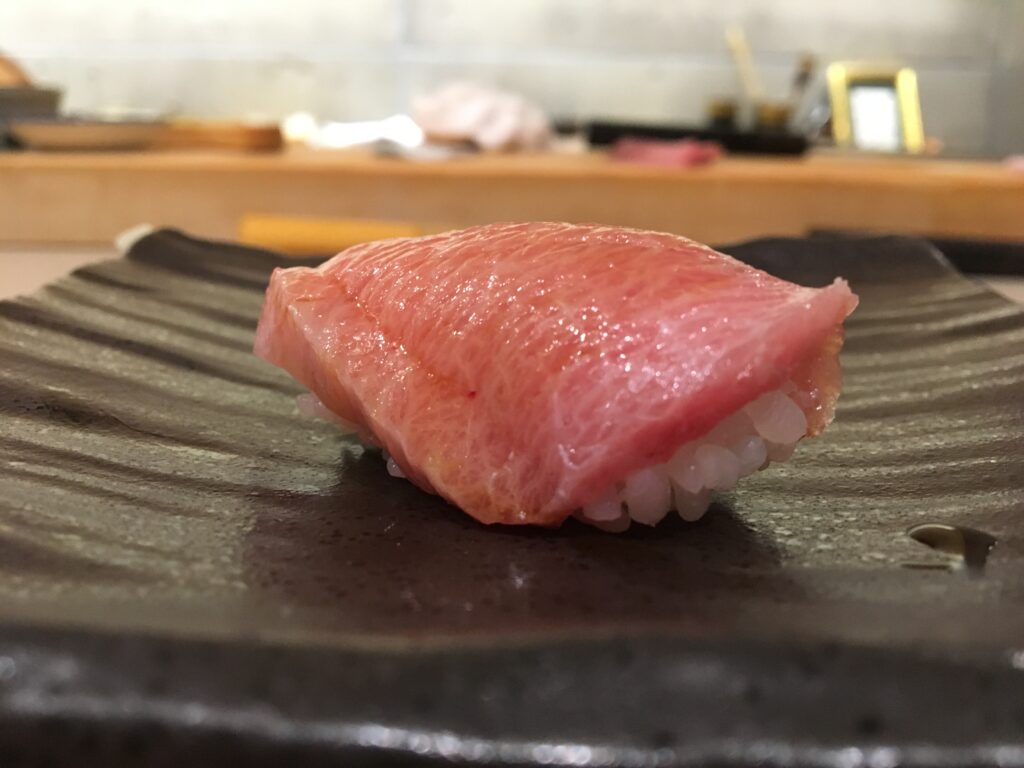 Chef Jackie Lin strikes out on his own with stirring results
Toronto
,
Ontario
Previous
Next